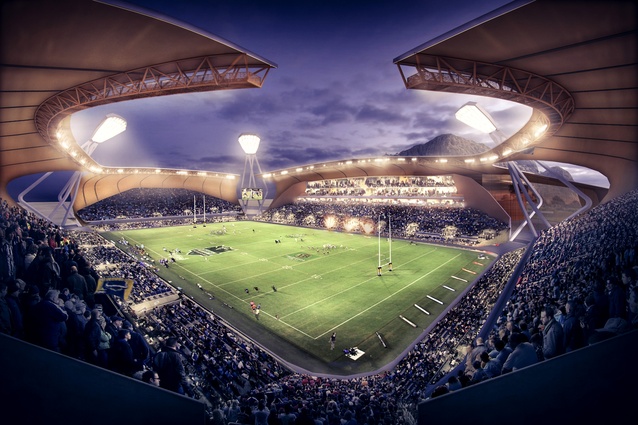 Four design companies have been shortlisted from a field of 17 international and national firms to tender for the principal consultant role for the A$250m North Queensland Stadium.

Minister for State Development, Dr Anthony Lynham, said the shortlisted companies would be invited to submit a concept design and a site master plan as part of the design tender.

BVN Architecture, Cox Architecture, Hassell and Populous were shortlisted to develop a concept design for the North Queensland Stadium project.

The four companies have all demonstrated a proven track record in major sports stadiums.

Most importantly, they have included more than 20 local companies collectively and local industry participation strategies as part of their submissions.

The successful design tenderer will be appointed by the end of the year. The appointed team will further develop their concept design, in preparation for release of the managing contractor tender in early 2017.

Minister assisting the Premier on North Queensland and stadium champion, Coralee O’Rourke, said the project would revitalise the Townsville CBD, less than a kilometre from the site, and boost the North Queensland economy.

The Queensland Government is making the biggest contribution with up to $140 million for the project and we are pleased all of the other parties are working with us to make this North Queensland dream a reality.

The stadium project will create jobs and develop our skilled workforce during both the design and construction stages.

Member for Townsville, Scott Stewart, said developing the design for the stadium was just the start of the process. He added:

There will be plenty more opportunities for local businesses once the managing contractor is appointed next year and trade packages start rolling out.

Member for Thuringowa, Aaron Harper, has urged local businesses to register their capabilities at northqueenslandstadium.icn.org.au/

My message to businesses across the region is to put in an expression of interest for the work packages, and get along to the Department of State Development workshops.

Once you register, tour information can be made available to major contractors as part of the future managing contractor bidding process.

As of 9am yesterday (EDS: Monday), more than 250 companies have lodged expressions of interest for future work packages including almost 80 with offices in North Queensland.

Background on the four shortlisted practices: