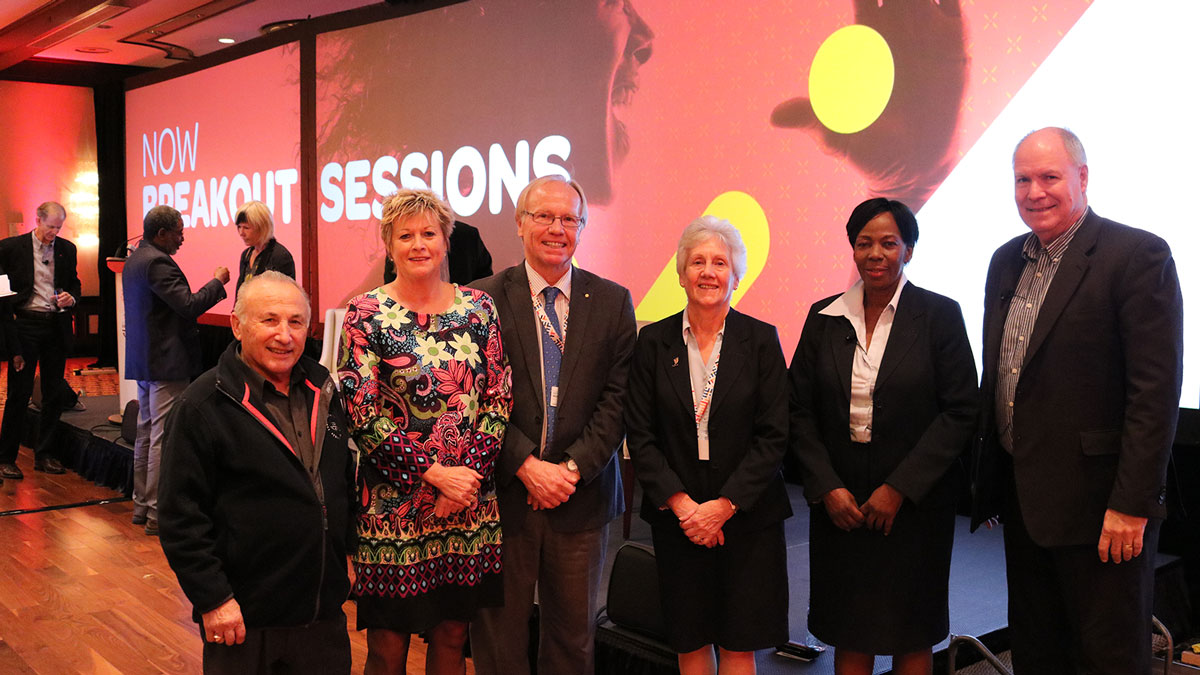 For the first time ever in the history of a major multi-sport Games, there will be an equal number of medal events for men and women, as seven additional women’s events and categories across Weightlifting, Boxing and Cycling are confirmed on to the sports programme for the Gold Coast 2018 Commonwealth Games.

The major announcement – made by GC2018 Chairman, Peter Beattie AC, at the Commonwealth Games Federation’s Sports Summit in front of sporting leaders from 71 nations and territories of the Commonwealth – ensures that the next edition of the Games will have a 50/50 split of medal moments for men and women; a sporting first in the history of a major Games.

The seven events added to the programme, taking the total number of medal events at Gold Coast 2018 to a record-breaking 275 medal events, are:

We’ve come a long way since the first Games in 1930, when women competed in just seven (or 12% of) medal events. The last edition of the Games in Glasgow created the highest-ever percentage of medal events for women (48.5%), placing true gender equality in medal opportunities at the Games clearly within reach.

This is a significant step towards the realisation of the Commonwealth Games Federation’s vision for gender equality. I’m so proud that the CGF, GOLDOC, the Australian Commonwealth Games Association and our International Federation colleagues have worked together to close the gender gap in time for Gold Coast 2018 – and present an equal number of medal moments for men and women for the first time ever at a major Games.

The Minister for the Commonwealth Games, Stirling Hinchliffe MP, said:

The Queensland Government is very proud that the first Commonwealth Games to host an equal number of medal events for men and women will be held on the Gold Coast in 2018.

This is a tremendous boost to world sport. This decision sets the standard for greater gender equity in sport and more broadly in society. The move also compliments the launch of the ground-breaking ‘Join the Movement’ campaign in Queensland, which encourages women and girls to become active and healthier for life.

This is a significant announcement for the upcoming Gold Coast 2018 Commonwealth Games, and we are very proud that the first Games to feature equal medal opportunities for men and women will take place on home soil in Australia.

One of the Australian Commonwealth Games Association’s key values is ‘inclusiveness’ and in 2018 we hope to assemble the most inclusive Australian team possible.

It gives us great satisfaction to know that men and women in our Australian team will be competing for an equal amount of medals.

GC2018 will host the largest ever para-sport program, gender-equal medal events across the sport program. We hope this focus on inclusivity will prove to be one of the most outstanding 2018 Games’ legacies.

This initiative supports the CGF’s vision for greater gender equality and I am confident that the precedent we establish for 2018 will augur well for future multi-sport events to emulate.

I am delighted that GC2018 will be the first Commonwealth Games to contest equal medal events for men and women. This is such a positive move for all sports and I am particularly proud that this initiative will commence in my home-town on the Gold Coast in 2018, to be held up as a shining example for other events to follow.

I applaud the Commonwealth Games Federation on this pioneering achievement for gender equality. In this year when we celebrate ‘An Inclusive Commonwealth’ the attainment at such a major international gathering as the Commonwealth Games of a level playing field for women speaks eloquently to the values of the Commonwealth Charter that bring together our nations and territories. Gender parity for athletes when competition begins on the Gold Coast in 2018 sends a potent message to young people throughout the Commonwealth that in sport, as in other spheres of social and economic activity, it is time for all to be accorded equality of opportunity to participate and fulfil their potential.

That the Gold Coast 2018 Commonwealth Games will be the first major games to achieve gender equality in terms of medals awarded is a credit to the leadership of the Commonwealth Sports Movement. I hope others too can be encouraged to see sport as a catalyst for advancing inclusive and sustainable development. Sports organisations at all levels have a responsibility to lead by example in upholding the values and principles of equality and inclusiveness to participants and audiences.

Further to this major announcement, and as discussed at the inaugural Commonwealth Sports Summit, participation by women remains a key focus now that an equal number of medal events for men and women create a level playing field for the very first time. In Glasgow, 58.8% of the athletes were men and 41.2% were women.

A key recommendation of the Gender Equality Panel discussion at the Summit was therefore to reinforce the need for Commonwealth Games Associations to work with national governments and sporting bodies to increase the actual and proportional participation of women athletes and leaders at the Games and across Commonwealth sport, advancing opportunities for girls and women in every aspect of sport and physical activity.