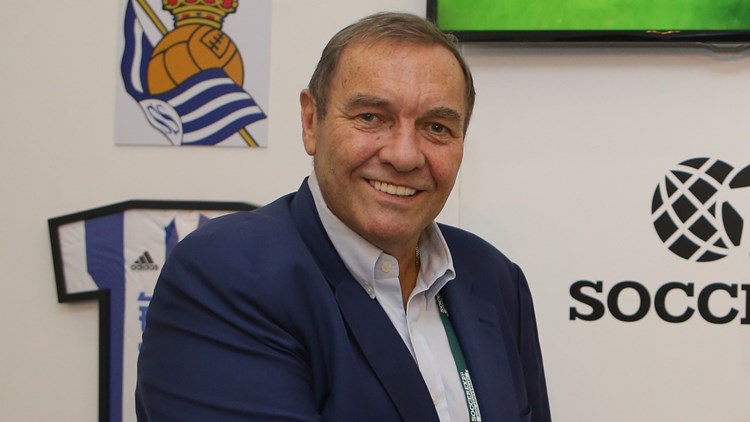 Revie, 62, passed away peacefully last week after a brief illness. He leaves a wife, Rita, and two children, Aidan and Natalie. We wish his family, friends and all those at Soccerex our deepest condolences.

The son of former England manager, Don Revie, Duncan founded Soccerex in 1995 as a way of connecting the industry and enhancing the game’s commercial potential and has been at the forefront of the game’s continual success across the globe.

This has come as a tremendous shock to us all. Duncan was revered throughout the global football industry.

His vision, drive and determination established the Soccerex brand in 1995. It was his passion and commitment which took the conference across the globe and developed it into the world’s most influential football business networking conference.
He was a most special man and football is a much poorer place without him.

In memory of Duncan, a JustGiving page has been set up in support of Cancer Research UK. If you would like to make a contribution, please visit justgiving.com/duncanrevie.

Duncan Revie: The man, the legend

Duncan was brought up in the world of football. His late father, the legendary Leeds United and England Manager, Don Revie was something of visionary and instilled in his son a sense of just what football could be, taking him onto the pitch at Elland Road in the 1970s and describing how one day the stadium would be full of hospitality boxes and sponsors.

Duncan was educated at Repton School and went on to read law at Queens College, Cambridge.

Those that knew Duncan would appreciate that he was never destined to be a lawyer and after University and a short spell at Lovell White & King he began a career in corporate hospitality which was at that stage in its infancy.

Then, in 1995, whilst attending ‘In the City’, a business event for the music industry, Duncan Revie and his wife Rita saw the opportunity to do the same for the football industry. Combining his football roots with the vast hospitality experience that he and Rita shared, Duncan, together with his business partner, Tony Martin, hosted the first Soccerex Convention in 1996.

In the 21 years since the company was founded, Duncan, Rita and Tony have led Soccerex at 39 events across 5 different continents, connecting the football industry and providing a platform that countless businesses and people have benefited from. In so doing, they and their staff have established Soccerex as the leading provider of football business events and made it the globally recognised industry brand it is today.