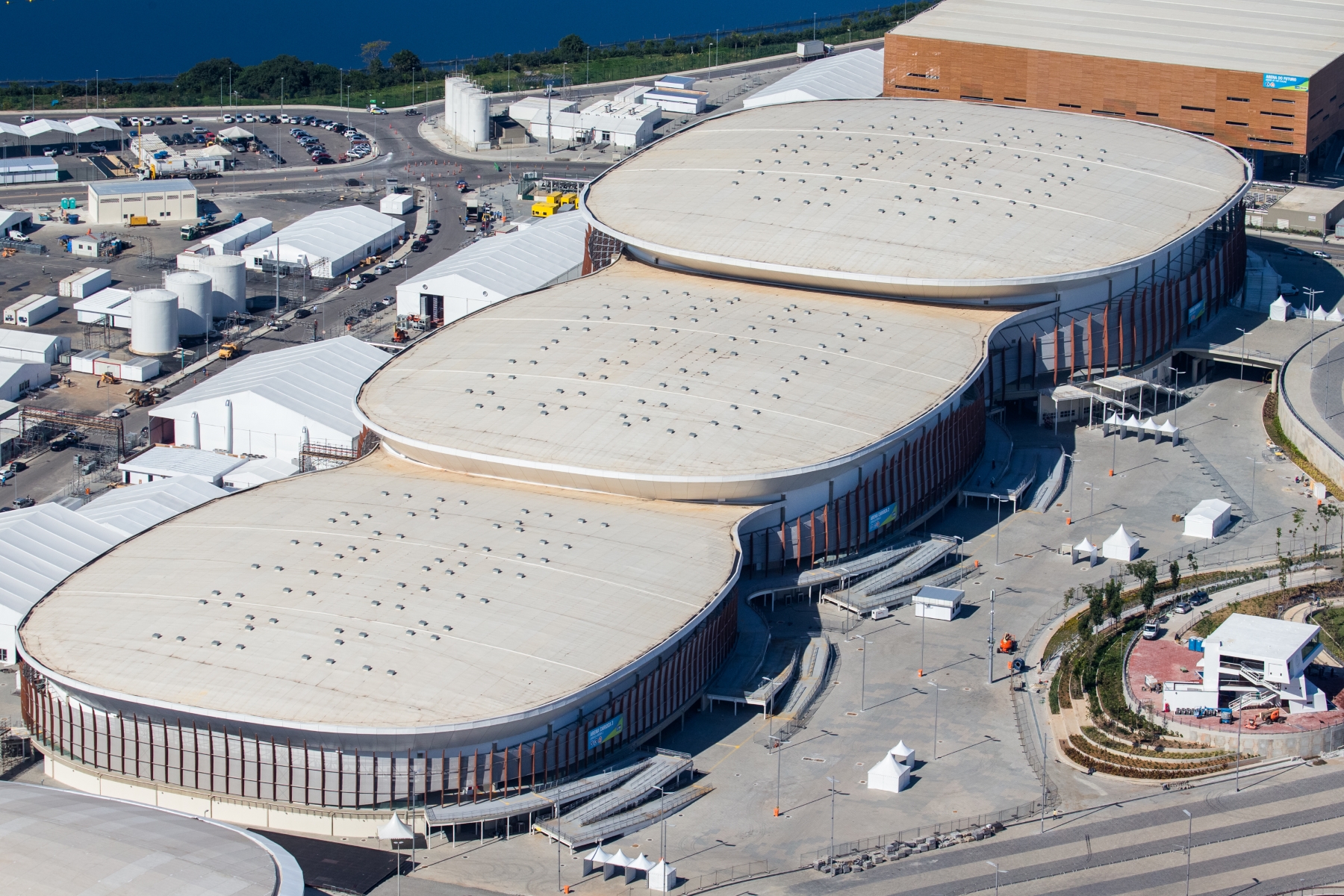 Community loudspeakers were recently installed at the three adjoining Carioca Arenas – newly built for the 2016 Summer Olympic & Paralympic Games in Rio de Janeiro – located in the heart of the Barra Olympic Park.

A combination of R.5MAX models were used to provide the dispersion patterns required for even coverage of the 360-degree seating areas.

In each of the Arenas, the loudspeakers are driven by Crown DCi amplifiers with BSS BLU-800 processors providing system DSP.

A total of 96 R.5MAX loudspeakers have been installed in all three multipurpose venues.

Now that their hosting duties for the basketball, wrestling and judo events during Rio 2016 have come to an end, Carioca Arena 1 and Carioca Arena 2 will become part of a permanent athletic training centre, with facilities for a variety of sporting disciplines.

Carioca Arena 3, which hosted the taekwondo and fencing competitions, will now transform into a specialist sports school for 850 full-time students.

We have substantial experience with R SERIES, which we installed for three of the 2014 FIFA World Cup stadiums in Brazil.

Community also has a strong track record with world-class arenas and stadiums and the Carioca Arenas project has again proven R SERIES’ excellent quality and reliability in professional sports venues.

Community Professional Loudspeakers is a developer and manufacturer of innovative loudspeaker systems for installed sound applications. Based in Chester, Pennsylvania, Community is an American original whose innovative products have shaped the professional sound industry since the company was founded in 1968.