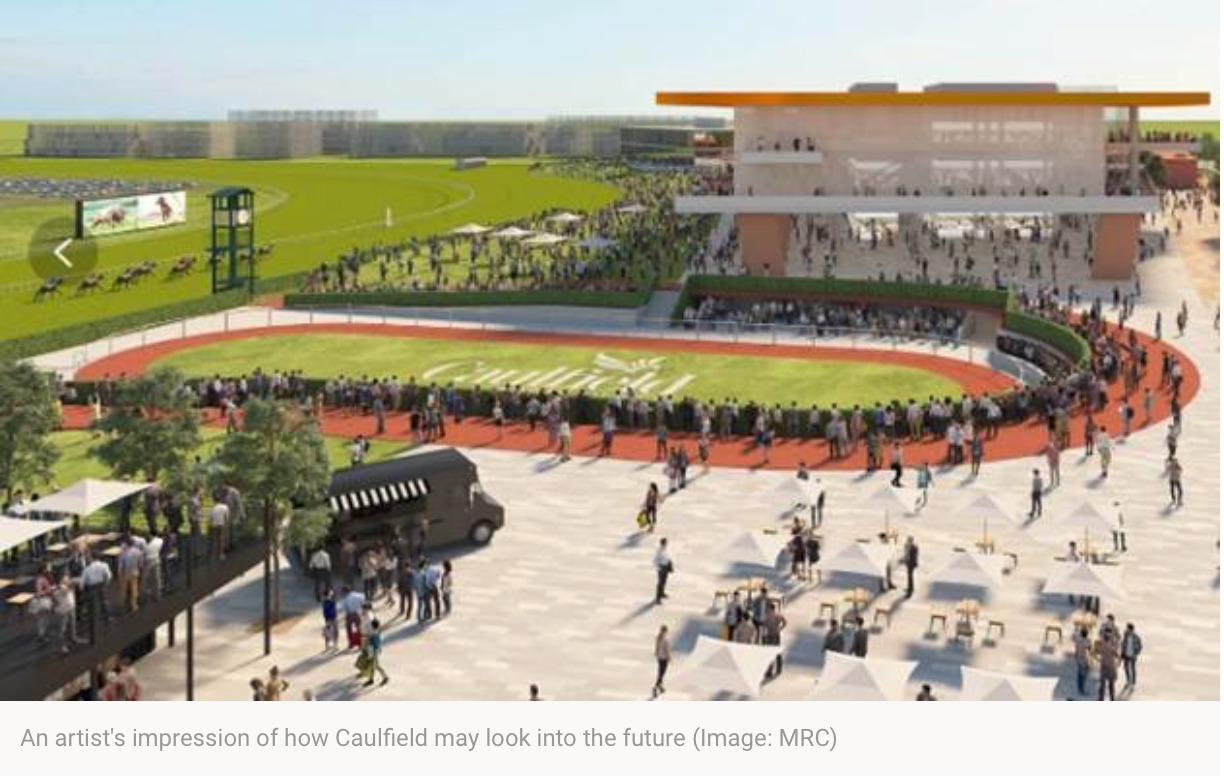 Caulfield racetrack is to undergo a A$300m redevelopment, which will include the addition of a new grandstand.

The MRC is preparing to officially unveil its vision to create “a world-class racing and entertainment venue”, with work potentially beginning on the major revamp by late this year.

MRC chief executive Josh Blanksby explained that the second turf track could mean Caulfield’s meetings per season could rise from around 25 to as many as 45 with Wednesday night and the night before public holidays identified as potential dates to hold night racing meetings.

Training is to cease at Caulfield in 2023 so it is expected the A$300m redevelopment could be completed by 2025.

Blanksby told RSN’s Racing Pulse that the securing of a 65-year lease last year for racing at Caulfield meant the club could move forward with long-held redevelopment plans for the 18-hectare space that will be freed-up when training ends at the site in four years.

That secures our home at Caulfield and that means today we can announce what we see as our vision of a complete redevelopment at Caulfield of all our facilities – our grandstand, day stalls, mounting yard and also the exciting prospect of a second track – an inner track at Caulfield and also lights as well so to really allow Caulfield to become that precinct, that world-class entertainment facility. 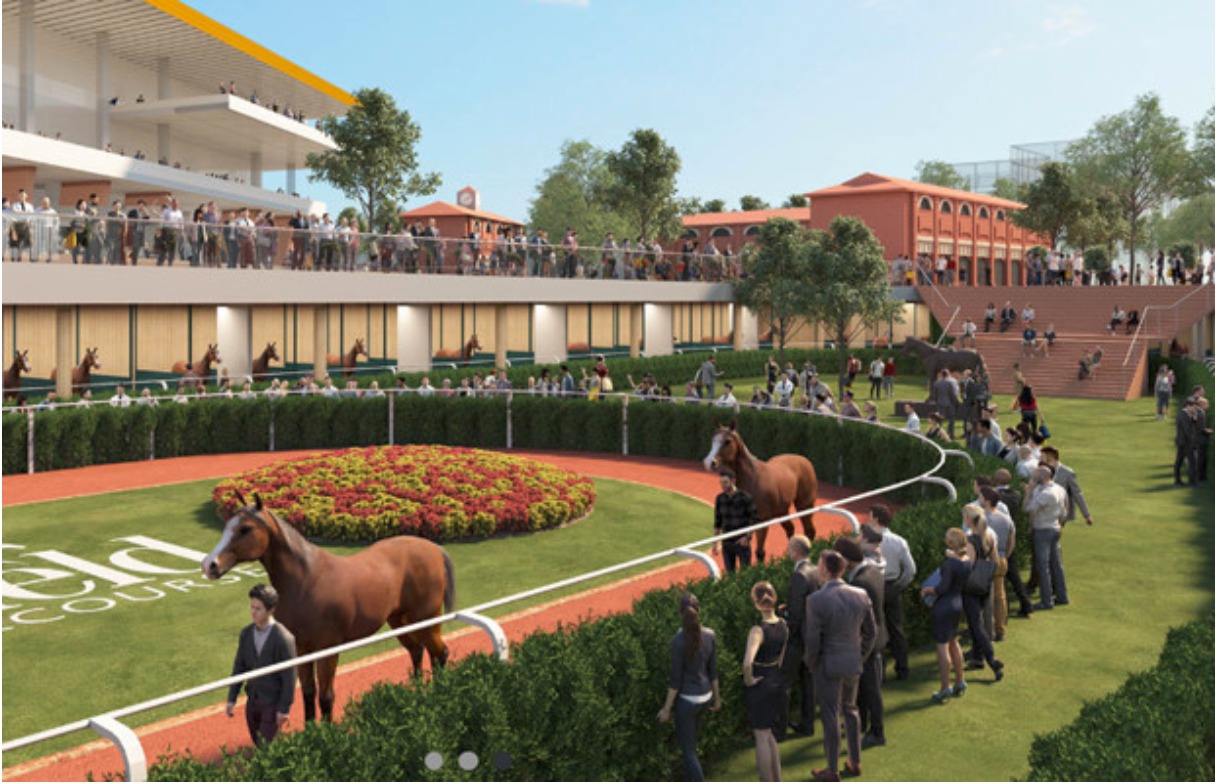 Caulfield racetrack is to undergo a A$300m redevelopment, which will include the addition of a new grandstand. The Melbourne Racing Club plans also include a second race track, a new spectator entrance, as well new horse stalls and parade rings

Blanksby denied the sale of Sandown was integral to the Caulfield redevelopment. He said the club enjoyed “a number of assets and holdings and business interests” including the adjacent Caulfield Village development. But he said it would be remiss of the club not to evaluate the Sandown site and have it re-zoned to prepare for a potential new future.

As part of the redevelopment, the MRC-owned land on Caulfield’s western end is likely to be used for residential redevelopment, while both the Hiskens and the Norman Robinson stands are in for facelifts.

The project has been well received by Racing Victoria, with Chief Executive, Giles Thompson, claiming the upgrade would see Caulfield become a truly world-class racing and entertainment centre.

The Victoria Racing Club (VRC) opened a new members’ stand at Flemington last year and Moonee Valley Racing Club (MVRC) is embarking on a radical A$2bn project, which includes reorienting the racetrack so racegoers can face the city.

The first enablement works got underway at Moonee Valley back in May, with the redevelopment plans having been first unveiled in November 2017. The project will implement a range of significant changes, including the construction of a new grandstand moved from the original position, a re-oriented racetrack, as well as housing developments on site. 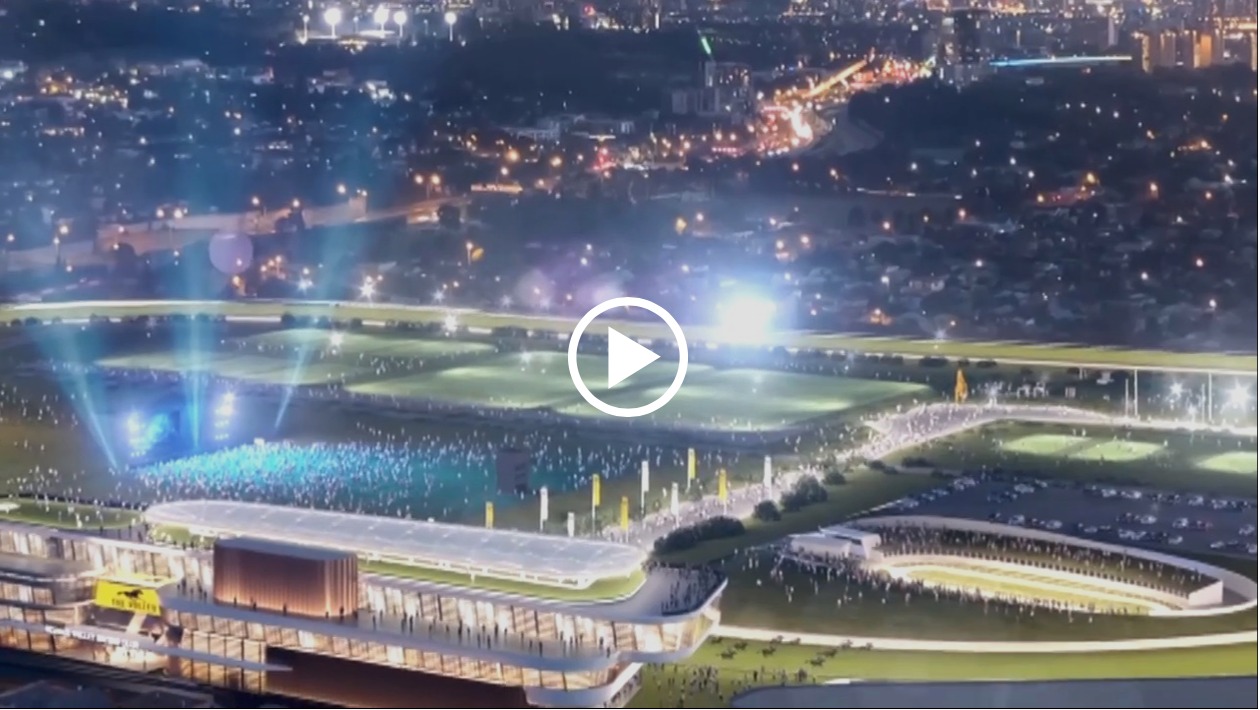