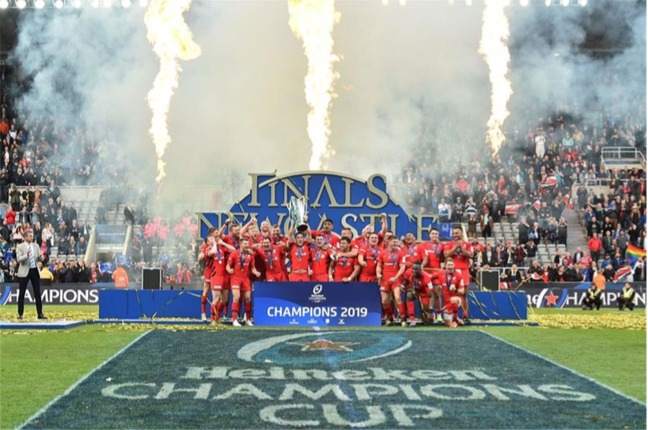 Oshi Software, the company behind Tickets.ie and SeatFair, is celebrating the success of an innovative new ticketing product in its suite after it was used to sell-out the fastest selling Heineken Champions Cup Final in history.

The Demand Release System (DRS) product allows supporters of all eight teams at quarter final stage to choose their tickets online for the final, which only get charged for and processed if their team progresses.

Supporters can engage earlier and select their tickets at their convenience, while sporting organisers benefit by avoiding the usual overhead and turnaround time associated with using traditional ticketing methods in the short timeframe available once the finalists are known.

The system also allows any unsold tickets to be offered to non-competing supporters who have registered their interest to still wish to attend, resulting in higher attendance and ticket revenue.

Our experience of working with Tickets.ie has been first class. They are innovative, very receptive to challenges and work hard to ensure a brilliant customer experience.

Their knowledge of ticketing is extensive and the end result for the Newcastle 2019 finals was everything we believed it should be. The feedback from supporters, the EPCR, the teams and the local residents has been unbelievably positive.

The 2019 Heineken Champions Cup Final was the fastest selling final in the tournament’s 24-year history. It also set a new record in terms of supporter engagement with 62,000 visitors to the Champions Rugby Village and over 2.1m social media interactions.

The competition is estimated to have led to a £35m economic impact to Newcastle and surrounding areas.

Sporting organisations running other knockout competitions have contacted Oshi Software on the back of the Heineken Cup success, to enquire about using DRS to handle their ticketing requirements.

For more information, contact Vik Kumar via email at: vik.kumar@tickets.ie