A brand new 35,000-capacity ballpark and entertainment district project has just been announced in Kitahiroshima, Hokkaido, Japan, for the Nippon-Ham Fighters Baseball Club.

Designed by HKS, the ballpark will be the centrepiece of a new entertainment district and fully integrated into the community. It is planned that future entertainment facilities within the development will include retail, hospitality, residential, parks and public spaces – making it a year-round destination for families and fans throughout the region.

NH Foods, Hokkaido Nippon-Ham Fighters Baseball Club and Hokkaido Ballpark Corporation have conducted the necessary studies from diversified points of views on building a new ballpark since the proposed construction site was decided on March 26, 2018. After thorough consideration, NH Foods, the Fighters and the Hokkaido Ballpark have officially confirmed that they will be proceeding with their plans to develop the New Ballpark by March 2023.

NH Foods stressed that the design will “maximise players performance on the field” and set a new bar when it comes to sports venues in Japan.

The tentative name of the new stadium is the Hokkaido Ballpark, with the construction site confirmed as Kyoei, Kitahiroshima, Hokkaido (Kitahiroshima Sports Park).

The construction cost of the new ballpark has been revealed as approximately 60bn JPY (around £405m/US$530m), which includes equipment inside the Ballpark and exterior finishings.

The new stadium will sport a natural grass field, along with ‘signature’ glass wall and retractable roof.

The new Hokkaido Ballpark will be an iconic symbol of its community. We seek to create the best ballpark in Japan for players, fans and the community.

Hokkaido Ballpark will be the centrepiece of a new entertainment district, fully integrated into the community

The concept of the project is to “Create a place representing Hokkaido”. NH Foods, the Fighters and the Hokkaido Ballpark want to develop a ballpark that promotes public health through food and sports, and fosters pride and affection toward the city. 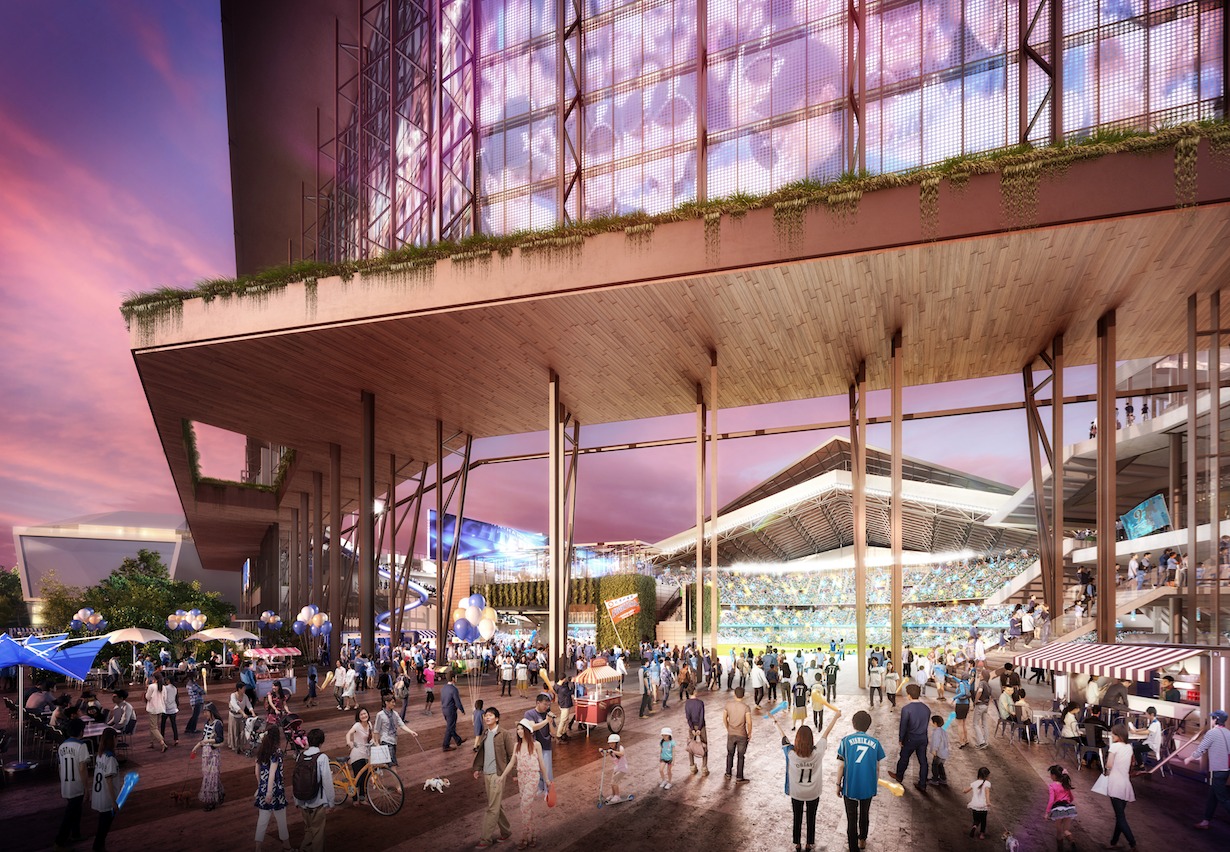 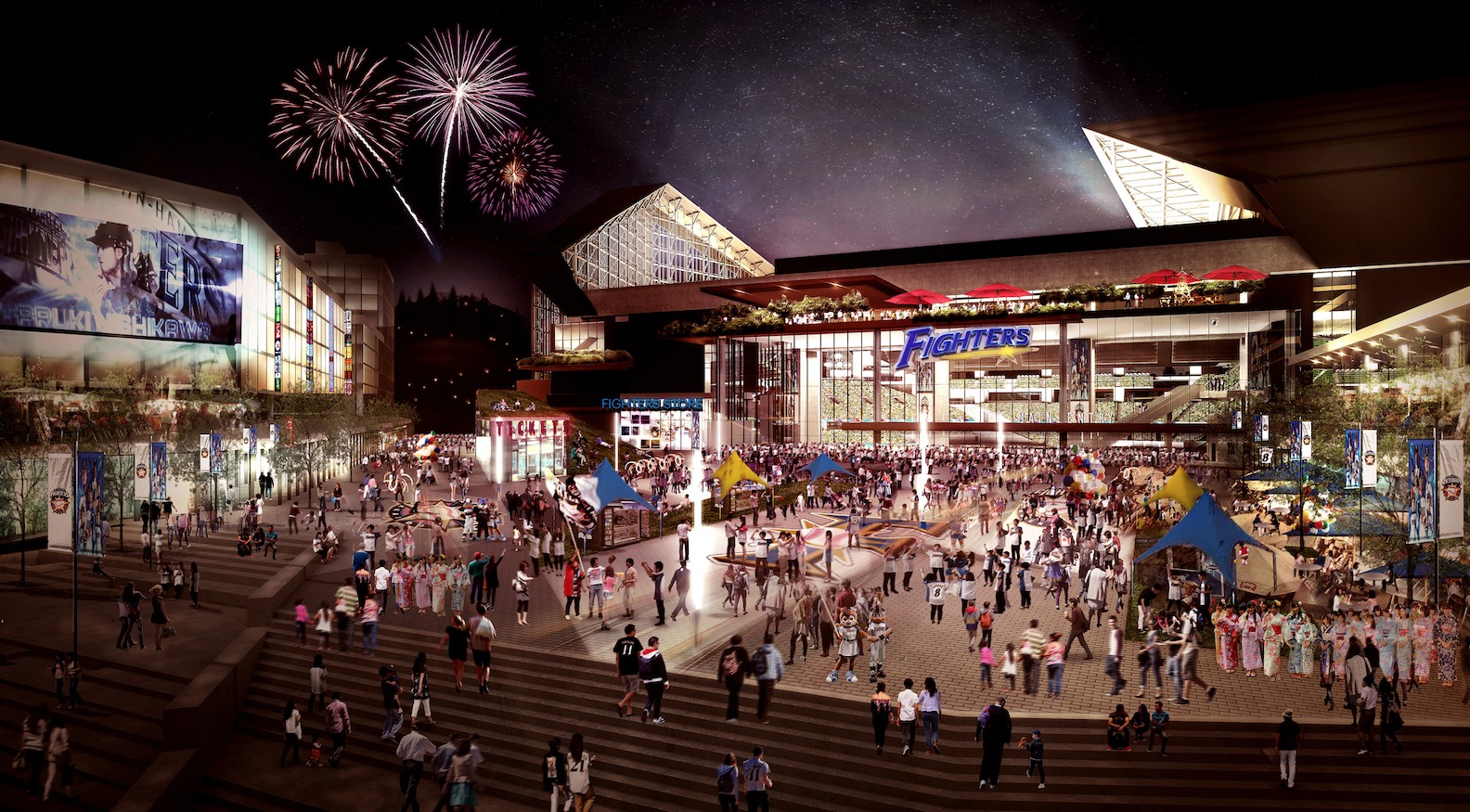 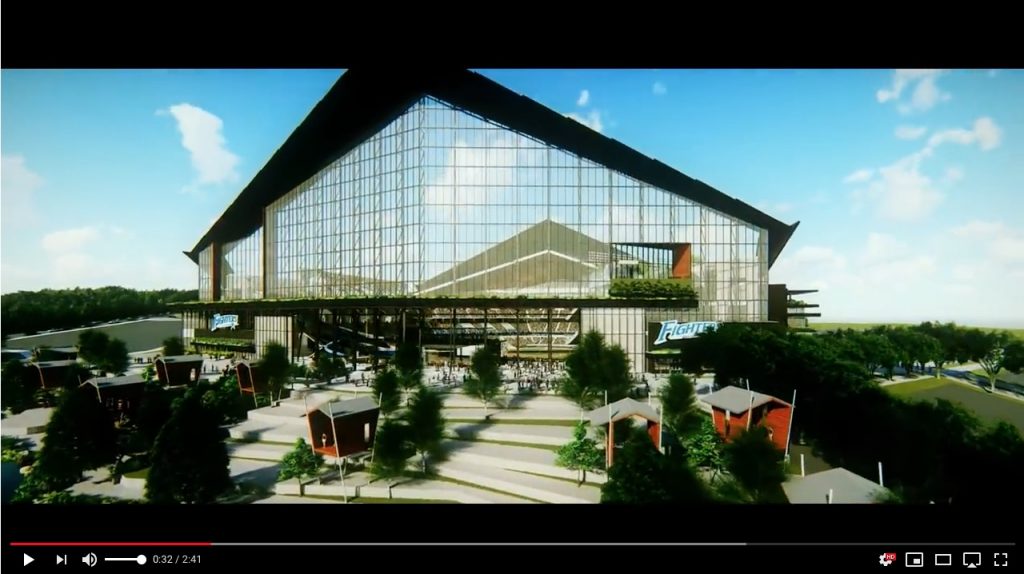