Earlier this month, the club released revised renderings for their future home, as part of a large complex complete with various sporting fields, facilities and acres of green space.

Club Internacional de Fútbol Miami or Inter Miami CF as they are also known, continues to seek a site for its Academy and they may have found one: A 47-acre ground just outside of Doral, Florida, according to the Miami Herald.

The site is an old landfill, closed and capped in 1987. Since 2012, it has been seeking a developer for a soccer complex.

Inter Miami haven’t yet decided on a definite site for the Academy to be based, but it likely won’t be at the same site as their stadium, which is proposed for Miami Freedom Park. 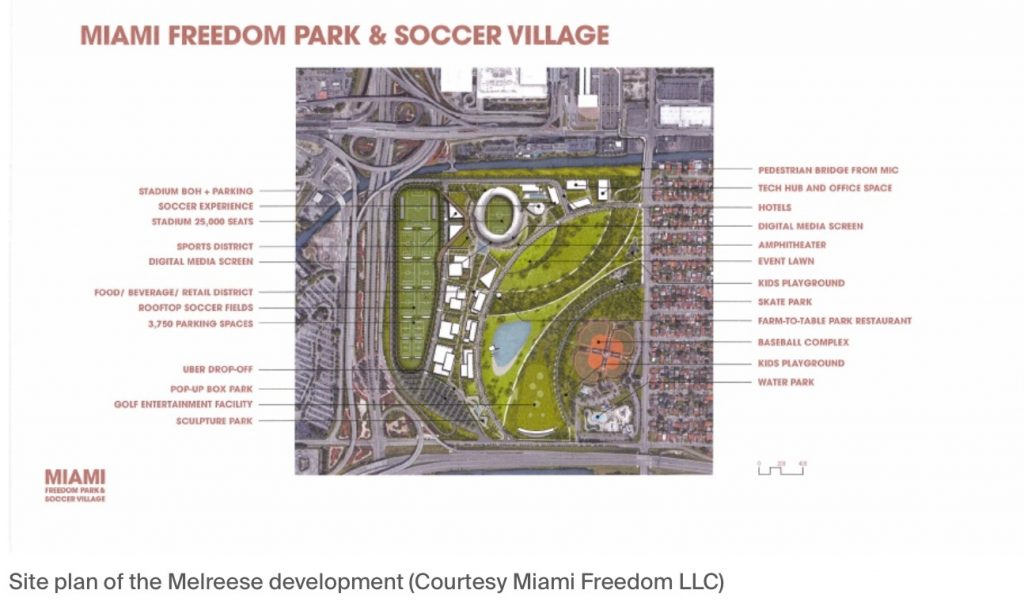 The Miami Freedom Park & Soccer Village site will include over 160 acres of recreation space, 110 acres of green space, 70 acres of sports and entertainment facilities, baseball fields and a children’s waterpark, with the new MLS team’s 25,000-seat stadium the centrepiece of the US$1bn development.

In the latest renderings, the designers behind the project, Arquitectonica, have included a playground, skate park and golf facility on the city-owned portion of the park, which, if built, would be constructed with public funding.

The curving canopies of the stadium, which swirl around the open field and resemble an aperture, will extend out to cover other public areas.

Miami residents will vote on whether to move ahead with Freedom Park this November.

Check out the video to find out more: 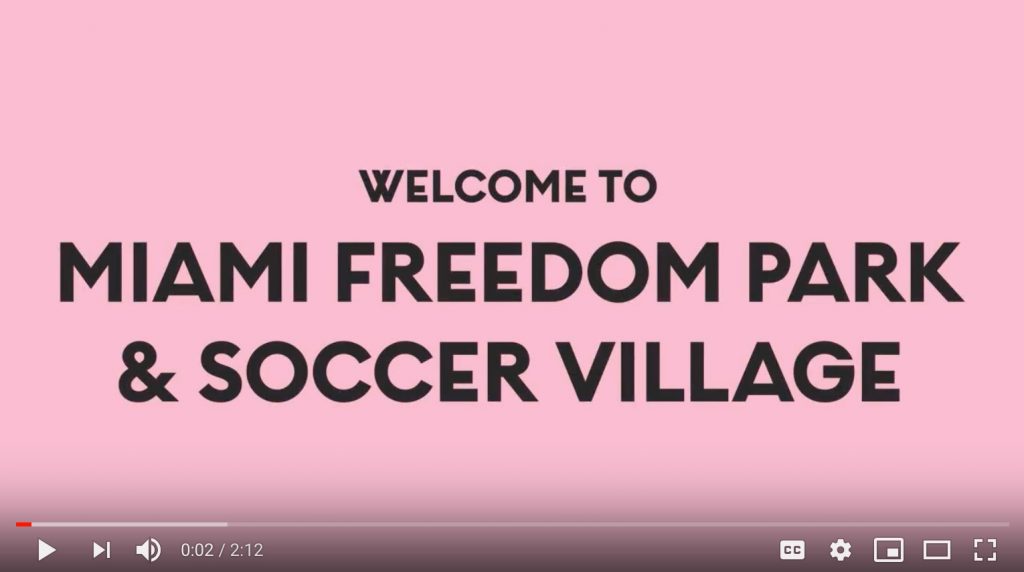