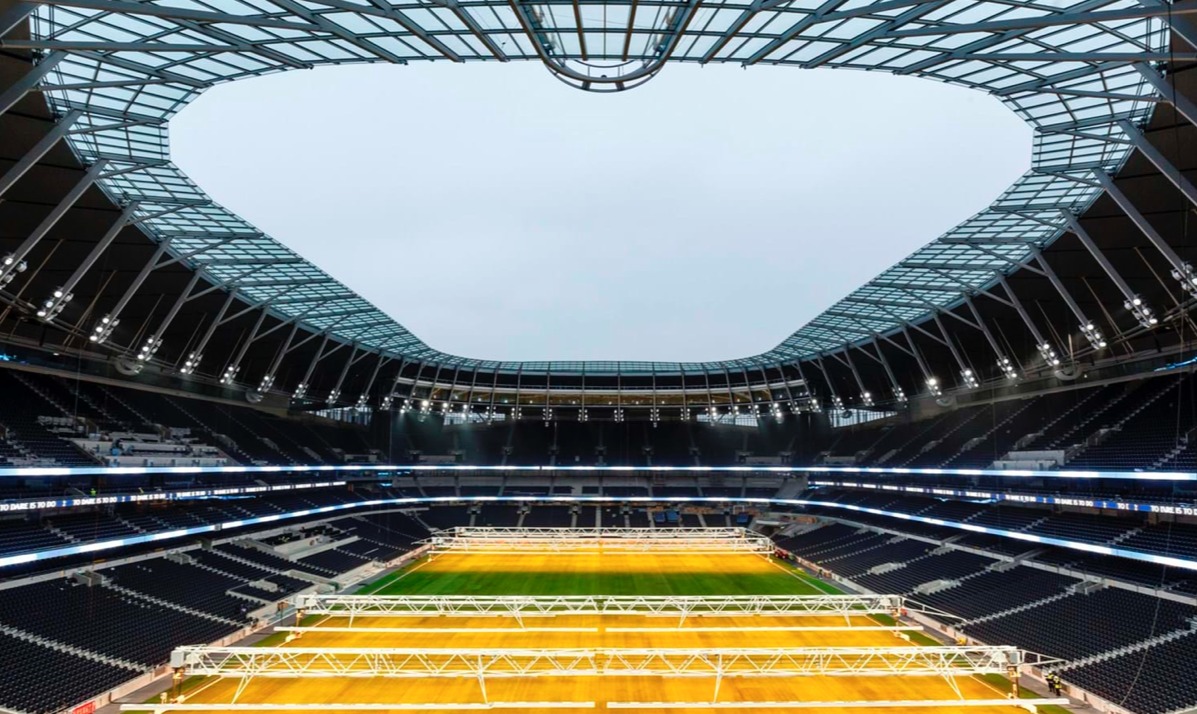 Tottenham Hotspur, in partnership with SGL, SCX and Hewitt Sportsturf, has developed a world-first integrated pitch grow lighting system that is now in operation at the New Spurs Stadium, following the laying of the new pitch.

Grow lighting systems are used to create an optimum growing environment when there is limited direct sunlight getting to the grass, as is the case in most large stadia.

Tottenham Hotspur’s engineers have now developed an integrated system that is quicker and more effective to operate from a dedicated storage room underneath the North Stand.

From here, the structure is lifted hydraulically onto rails mounted permanently on the east and west pitch trays, and then seamlessly rolls from one end of the pitch to the other.

This enables full coverage of the pitch without equipment ever coming directly into contact with the grass surface. There is even enough distance between the pitch and the grow lighting system to enable groundstaff to continue to tend to the grass even when the system is in use.

An irrigation system is fitted on top of the structure so that the grass can be watered from above when the units are in use. In addition, the SGL Analysing system measures all pitch and growth conditions 24/7 and displays data to the groundstaff on the online SGL Portal. 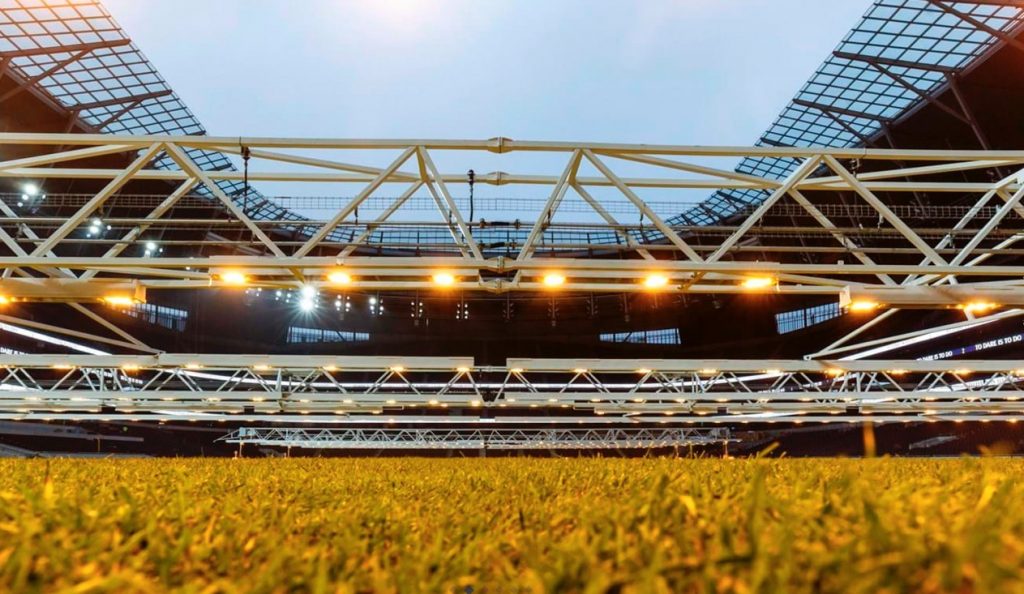 We are proud that a collaborative approach between the Club, SGL, SCX and Hewitt Sportsturf has resulted in an innovative design.

The Club is striving for excellence throughout the stadium and this technology could be a trendsetter for pitch care in stadia across the world.

The grow lights system follows on from another world-first at the stadium – just over a year ago, Spurs and SCX revealed its design for a groundbreaking dividing retractable pitch, making the stadium the first of its kind in the UK to have two pitches inside the same bowl to create a truly world-class multi-use venue.

The fully retractable grass surface will be used for football matches whilst the artificial pitch underneath will be used for NFL matches, music concerts and a range of other events, protecting the integrity of both playing surfaces. 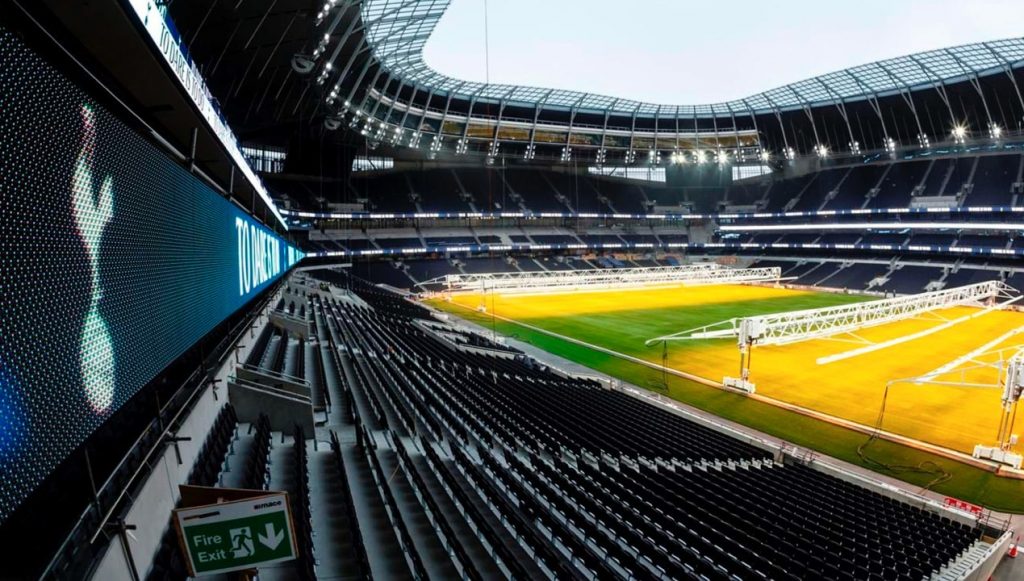 Andy O’Sullivan, Venue Director, Tottenham Hotspur, was one of the 251 attendees at last week’s ALSD International event in London. Sports Venue Business is delighted to confirm that we will be bringing you a video interview with Andy on-site at the New Spurs Stadium later next month. So watch this space…