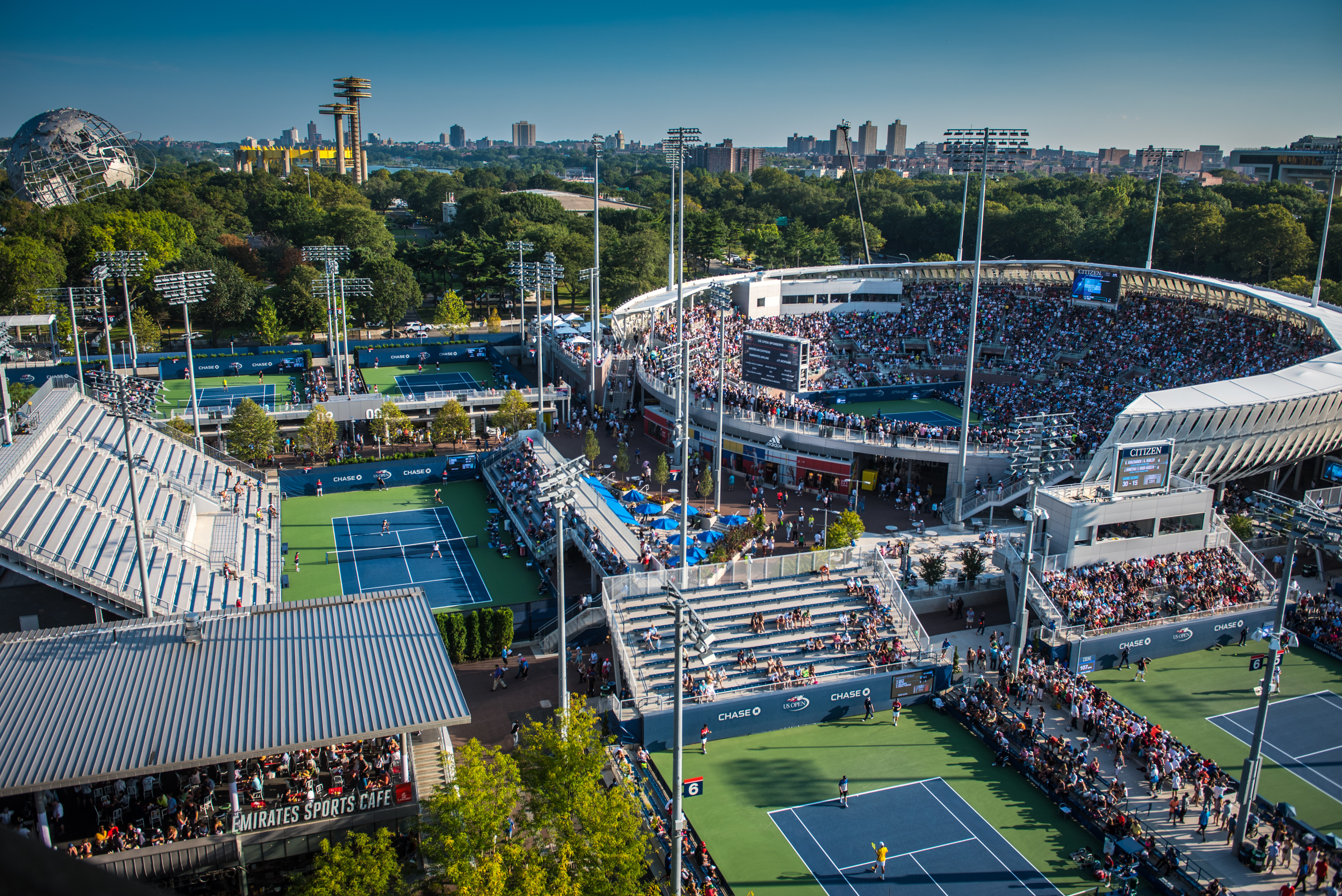 Can you start off by telling us a little bit about yourself and your career highlights/standout moments to date?

In my 35+ year career in sports & entertainment, I have had the opportunity to be involved in numerous iconic events. As a concert promoter with Metropolitan Entertainment for more than a decade, I was part of the tour management team for the Grateful Dead and promoted shows throughout the New York market from such legendary artists as Frank Sinatra, Barbra Streisand, The Rolling Stones, The Who, Metallica, Guns N Roses, and many more.

Then, during my tenure at Ogden Entertainment, I was responsible for overseeing the operation of more than 60 arenas and stadiums on four different continents including; the Great Western Forum in Inglewood, CA; the World Trade Center Observation Deck in NY; MEN Arena in Manchester [now Manchester Arena], UK; Arena Oberhausen in Germany; the Olympic Stadium in Sydney, Australia and many other iconic buildings. I am proud to have helped develop these cities as true concert and sports destinations.

But THE highlight of my career has undoubtedly been the opportunity to help run the US Open for the past 17 years; the largest annually attended sporting event in the world.

As COO at the USTA Billie Jean King National Tennis Center, what does your role entail and what are your key objectives?

I manage all operations at the venues for the world’s highest-attended annual sporting event, the US Open, including food and beverage, merchandise, suite sales and hospitality, security, guest services, broadcast operations, sponsor activation and construction.

My objective is to ensure that the US Open maintains its status as one of the top five sports and entertainment events in the world.

As the operator of the US Open, we must prioritise the extreme satisfaction of all players, fans, media, sponsors and broadcast partners.

When it comes to managing all operations for the world’s highest-attended annual sporting event, the US Open, including food and beverage, merchandise, suite sales and hospitality, security, guest services, broadcast operations, sponsor activation and construction trades, what are the main challenges and aspirations moving forward?

As the world’s largest annual sporting event, with more than 700,000 spectators attending over a two-week period, the window to make all changes or facility upgrades must happen from mid-September to mid-August and be ready for the event. The winters in New York can be challenging and usually shrink those 11 months to just eight.

Additionally, as a non-profit, we must also ensure that any investment we make in the US Open is consistent with our mission to grow the sports of tennis throughout the U.S. 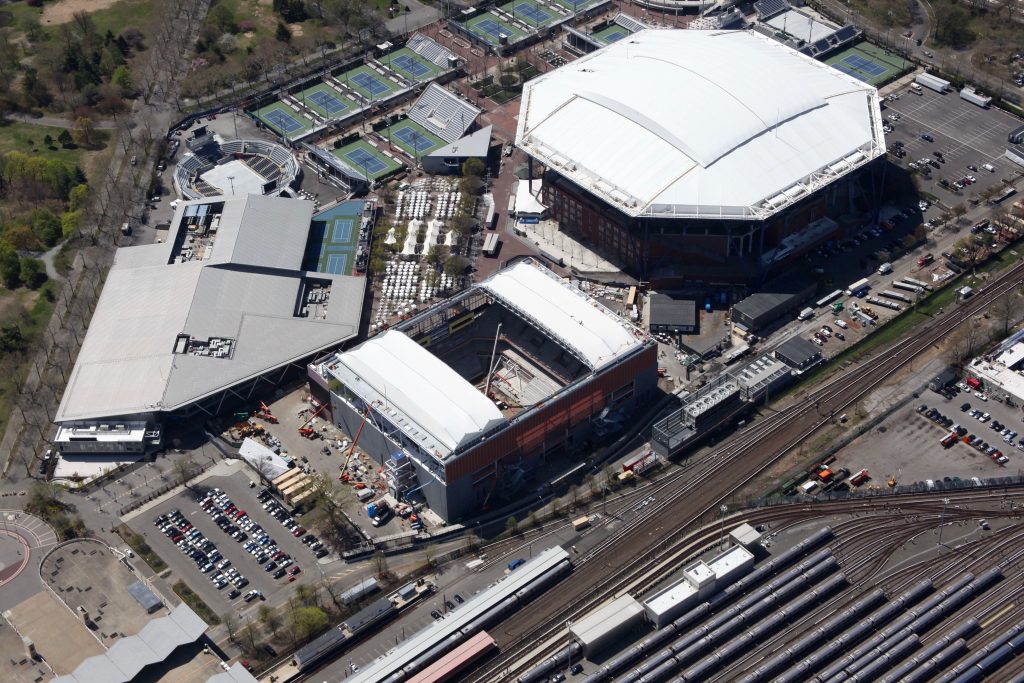 The USTA National Tennis Center’s U.S. US$650m strategic vision, included upgrades to all 42.5 acres of the site over a five-year period, including a retractable roof over Arthur Ashe Stadium, along with new Armstrong and Grandstand Stadiums

You directed the design and City approval process for the National Tennis Center’s U.S. US$650m strategic vision, which includes upgrades to all 42.5 acres of the site over a five-year period, including a retractable roof over Arthur Ashe Stadium along with new Armstrong and Grandstand Stadiums. Can you tell us more about the process and the key design drivers?

Although the headline of the project was the retractable roof over Ashe Stadium, the design was driven by the desire to build new Armstrong and Grandstand Stadiums since they were originally built for the 1964 World’s Fair.

This was an arduous and time-consuming aspect but, it ensured that all stakeholders in the USTA Billie Jean King National Tennis Center were heard and satisfied to best of our ability.

You previously designed and developed the US$150m master plan for the USTA Billie Jean King National Tennis Center site (2003-08), including the construction of the Indoor Training Center—unveiled in December 2008—and the renovation of the restaurants, public plaza, hospitality and event facilities, as well as the player, media and staff facilities. Can you provide our readers with an overview of this project and how the completed renovation is delivering on the set objectives? And how did this project inform what you did on the latest project?

Much of what we have been working on since 2003 has been about creating more open space on the site and the better utilisation of all 42 acres. Being in a public park in New York City means that additional land would not become available, therefore requiring us to make better usage of all land currently within our lease. For example, the indoor training centre we replaced was a single-storey 85,000sqft structure with 9 indoor courts.

The new two-storey building built on the same footprint has 12 courts and 235,000sqft of space. The fountains on the South Plaza, the new draw-board in the East Plaza, the Court of Champions, plus new restaurants, suites and more all contributed to an enhanced experience for our fans.

We spend a great deal of money on customer research and the feedback we receive each year is essential to our design efforts. Even though our customer satisfaction results are in the high 90%, which is unheard of for a sporting event, we still strive to make improvements each year…to generate that “wow” factor! 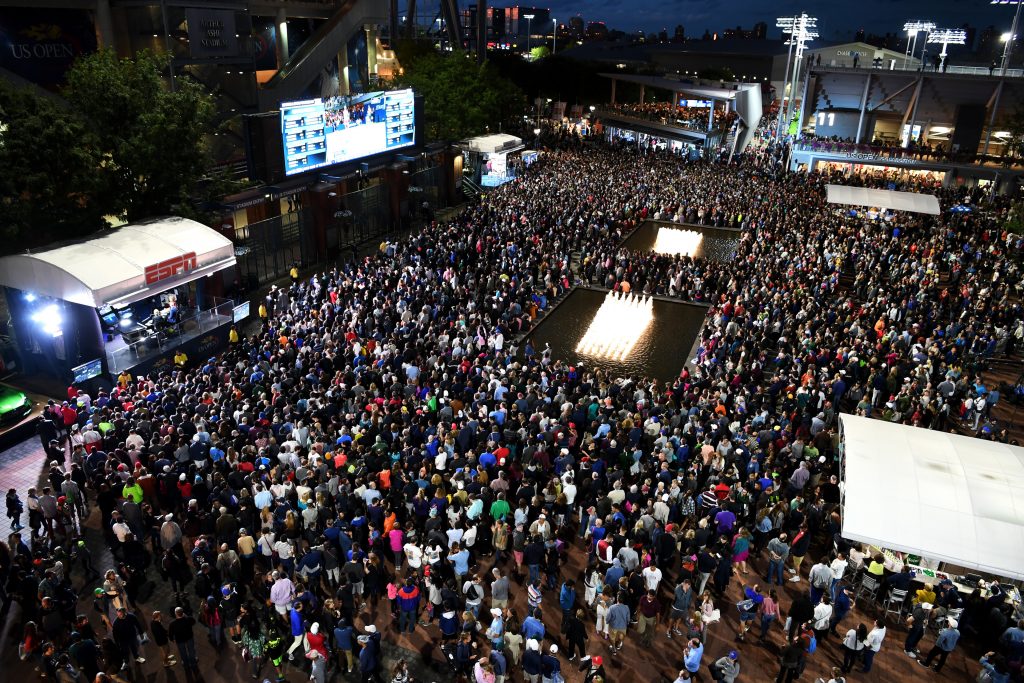 September 3, 2017 – Fans wait to get inside Arthur Ashe Stadium for the night session at the 2017 US Open

What, if any, further developments are in the pipeline for the next 2-3 years?

Our goal for 2019 is to build a new broadcast centre on the north end of our site to better serve the growing number of international broadcast partners.

Huge thanks to Daniel Zausner for taking the time to do this interview with us. 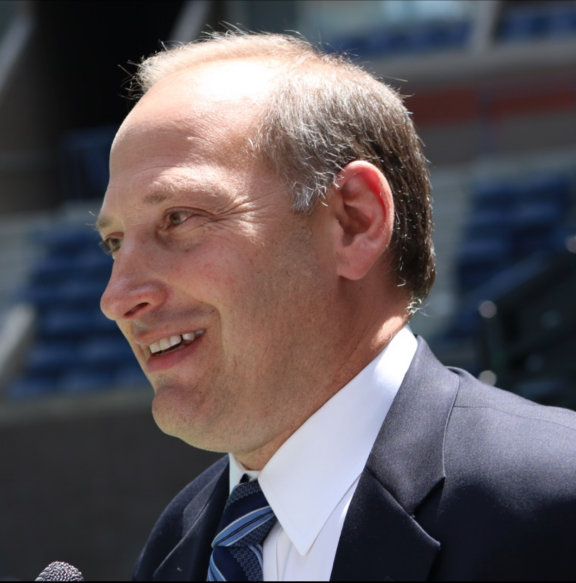 Main image, top: September 4, 2017 – Fans enjoy the match between Juan Martin del Potro and Dominic Thiem on Grandstand at the 2017 US Open