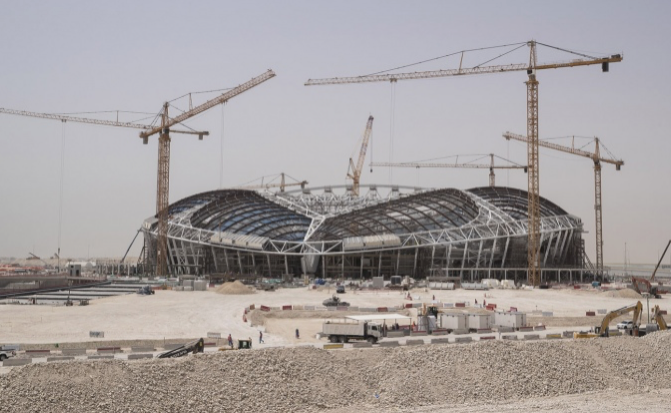 The development of Al Wakrah Stadium – a proposed host venue for the 2022 FIFA World Cup™ – has taken a major step forward with the installation of the final piece of the roof structure.

Weighing 378 tonnes and measuring 92 metres, the steel structure – known as an ‘oculus beam’ – sits 50 metres above pitch level. It will connect and support the entire roof, while providing maintenance access to some of the retractable parts of the structure.

The beam was welded and assembled onsite over 20 days. Originally six pieces, the structure was built on temporary frames before being lifted into place. The entire welding, assembly and installation process took 40 days. 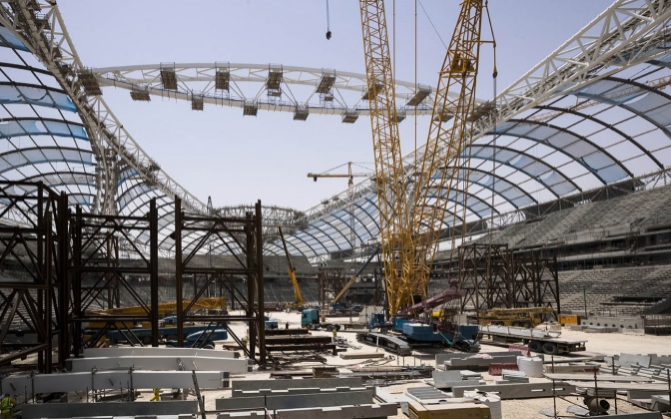 Once completed, the stadium’s retractable roof will be able to close with a PVC Titanium O2 double-side coated membrane in approximately 30 minutes using a number of steel wires. The roof will provide shade to the entire pitch and contribute to the efficiency of the stadium’s innovative cooling system.

Situated in one of Qatar’s most historic areas, the design of Al Wakrah Stadium takes its inspiration from the seafaring tradition of the region, with the roof shaped to replicate the sails of a traditional dhow boat, iconic to Al Wakrah’s shoreline for decades.

Main contractor works at the 40,000-capacity venue, which will host matches up to the quarter-finals stage of the 2022 FIFA World Cup Qatar™, are due to finish within the next 12 months.

All the seats for the stadium have been manufactured by Qatari company Coastal and are currently being installed.

Thani Al Zarraa, the Supreme Committee for Delivery & Legacy’s Al Wakrah Stadium Project Manager, described the roof installation as one of the final major milestones in the project:

The stadium is beginning to reflect its memorable and unique design. Installing the roof is a major step forward for our project and almost the final piece of the jigsaw.

Installing the seats soon, in the iconic blue and white colours of Al Wakrah Sports Club, is also helping to bring the stadium to life.

We are confident local residents and people across Qatar will be impressed with the progress made at the venue. We are all looking forward to seeing it launched. 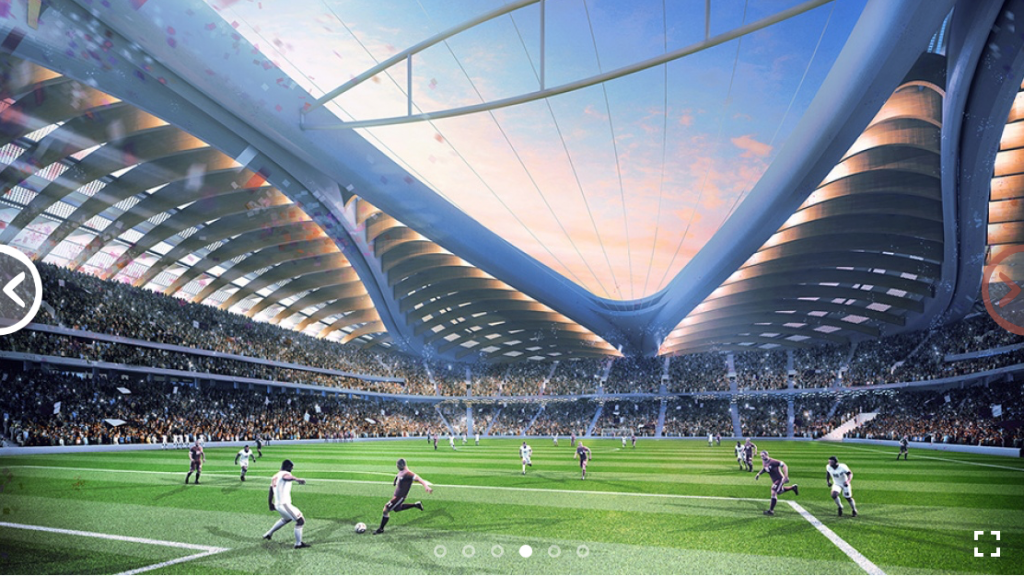 The 40,000-seat stadium was designed by AECOM and Zaha Hadid Architects (ZHA).

Taking the dhow boats that carried generations of Qatari fishermen and pearl divers as inspiration, Al Wakrah Stadium resembles the sail of the dhow. The stadium’s design emphasises light, space and the colours and geometric patterns well-known to fans of traditional Arabic art and architecture. To ensure that FIFA’s and the SC’s sustainability requirements are met, Al Wakrah Stadium will target a Global Sustainability Assessment System (GSAS) 4 Star rating and LEED Gold certification.

Al Wakrah Stadium will be capable of hosting group stage, round of 16 and quarterfinal matches during the 2022 FIFA World Cup™.

After the 2022 FIFA World Cup™, the 20,000-seat upper tier of Al Wakrah Stadium will be disassembled and distributed to developing nations that lack sporting infrastructure. The remaining 20,000-seat stadium will become the new home of the Al Wakrah Sports Club and the surrounding 586,000m2 Al Wakrah Precinct will serve as a gathering point for the community, with parks, pedestrian paths, schools, a wedding hall and numerous sport facilities.

AECOM is the Design Consultant on the project, with KEO International Consultants serving as the Project Manager. 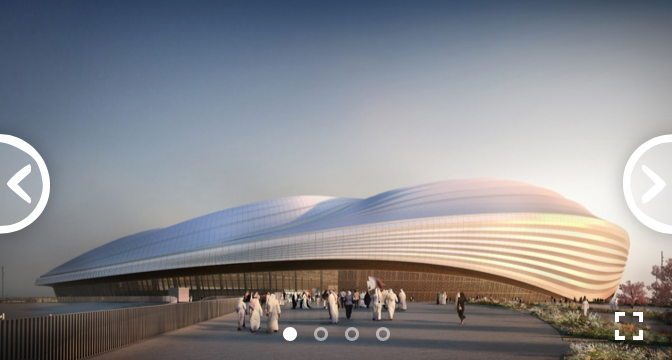