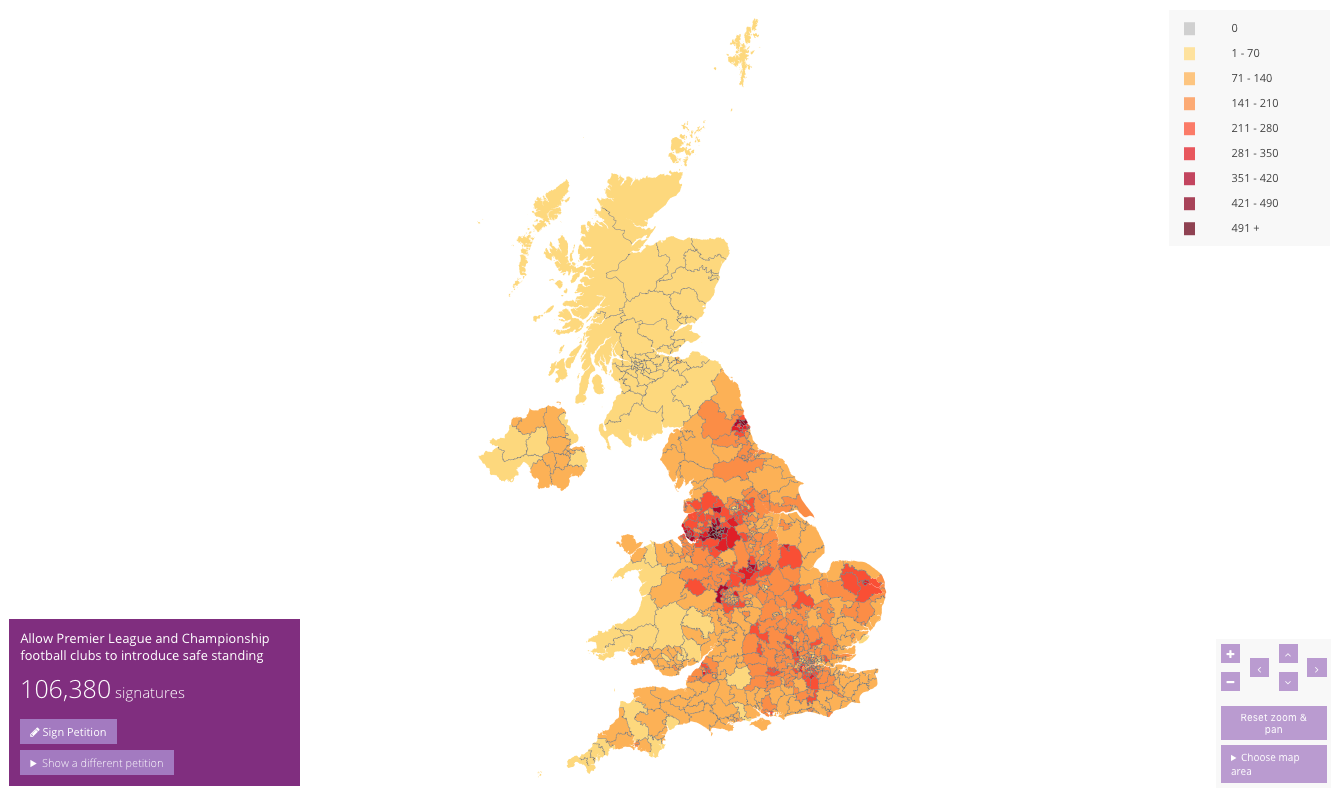 A petition to allow English Premier League and Championship football clubs to introduce safe standing has secured the 100,000-plus signatures required to ensure a Parliamentary debate.

According to the petition’s proponents, Safe Standing offers a much safer alternative to fans who wish to stand, rather than sit at football matches in the English Premier League (EPL) and Championship.

After the highly successful introduction to rail seating at Celtic Park, as well as numerous Bundesliga clubs, many football fans feel that laws preventing standing areas should be relaxed.

There is a clear demand for safe standing, with 92% of respondents saying fans should be given the choice to stand in safe standing areas, in a poll by the Football Fans Census, and it would only promote English football further by improving the overall matchday experience.

Parliament will debate this petition on 25 June 2018.

It’s fantastic to have hit 100k! This time a fortnight ago the petition had under 5,000 signatures, so to add 95,000 in just 14 days demonstrates that fans who support safe standing are not, as the sports minister claimed, just a “vocal minority”.

On many days over the last two weeks it was the fastest-growing petition (out of over 1,800!) on the government website. It was outpaced at times only by one supporting the claims of the Windrush generation, which rightly resulted in the PM making a statement in the House and meeting with Commonwealth leaders to address the issue. I hope that having now seen the extent of football fans’ passion about our particular issue, the government will similarly do us the courtesy of granting a full-length debate in the main chamber.

Safe standing is important to thousands and thousands of fans, as this petition shows, and deserves to be formally debated in parliament.