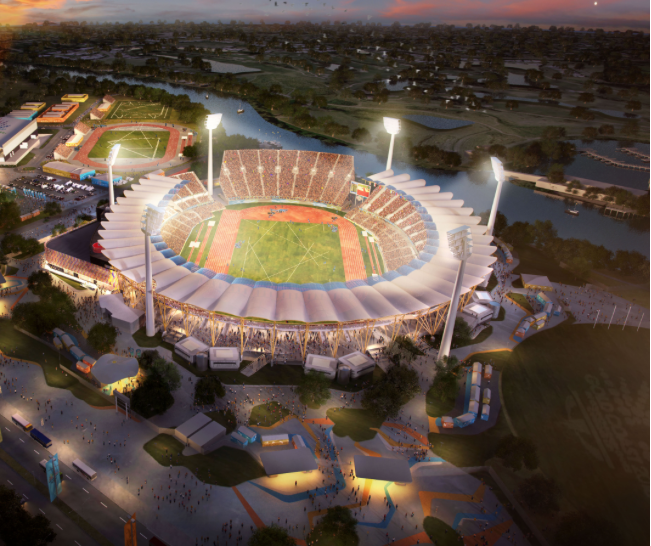 World-class cricket is headed to the Gold Coast for the first time later this year with upgrades to Metricon Stadium making it Queensland’s newest home for first-class cricket.

In a major announcement today, Ms Jones said the international schedule for the 2018-19 summer of cricket will include a T20 match between Australia and South Africa at Metricon Stadium in November.

In further announcements by Cricket Australia, The Gabba will host its second day/night Test, played for the first time over the Australia Day weekend in January and India will play a T20 international against Australia at The Gabba in November.

The Australian Women’s team will also open the international season against New Zealand in a T20I at Allan Border Field in October.

Today is a great day for Queensland cricket fans. We’re investing in Metricon Stadium to bring world-class cricket to the Gold Coast because we know major events attract visitors and give a boost to the local economy.

This is another great legacy of the Games – without our investment in sporting infrastructure at Carrara, the lighting at Metricon Stadium wouldn’t have been up to standard to host elite cricket.

Not only will we see world-class cricket for the first time on the Gold Coast but we’ll see more international cricket in Brisbane at The Gabba.

Our upgrades to Metricon Stadium are a great way to keep the excitement of the Games alive. The Commonwealth Games are proof that the Gold Coast is a hub for major sporting events and I’ll continue to work with Cricket Australia to bring more world-class content to Queensland.

Cricket is one of the most popular sports on the planet and appeals to some of the Gold Coast’s most important tourism destinations. Our commitment to securing more international cricket content for the Coast is an investment in the local tourism industry.

We know that for every dollar we invest in major events, we generate around $10 for the local economy. That’s why we’re so passionate about elite sport for the Gold Coast – we want to make sure we leverage the region’s new-found status as a hub for major events.

The Palaszczuk Government is committed to growing Queensland tourism. That’s why we’re investing an extra $170 million in this sector in this term of government.

As I have said previously on my visits here, the Gold Coast is at the epicentre of a rapidly growing region so it is vital that we look to complement the growth in our participation with a chance for fans to enjoy elite cricket here.

Cricket continues to look beyond its traditional boundaries by taking our game to new and exciting venues and locations.

We welcome the chance to showcase international cricket on the Gold Coast this summer and to provide even more Queensland fans with the opportunity to experience these matches in person.

Cricket has worked very closely with a number of key partners in the region to get to this point and looks forward to further developing our ties in the future. Our thanks goes to the Queensland Government, Gold Coast City Council, Queensland Cricket and the Gold Coast Suns for their work on this project. 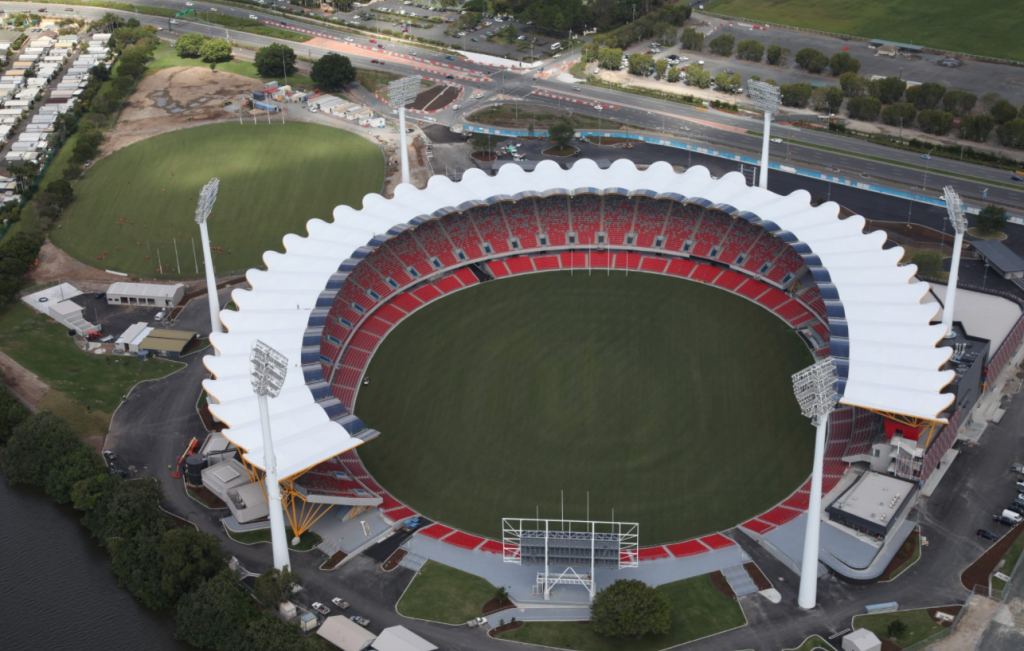 Minister Jones said the Queensland Government had partnered with Cricket Australia, Queensland Cricket, the Gold Coast SUNS and the City of Gold Coast to fund the installation of cricket-specific enhancements to Metricon Stadium, including a drop-in wicket so that elite cricket content could be secured for the Gold Coast.

This is a huge win for fans who will soon be able to enjoy elite cricket at Queensland’s two world-class venues.

Metricon Stadium on the Gold Coast is being transformed as part of the venue’s original master plan, allowing it to flex and grow temporarily to host international calibre events, and return again easily to provide the great Gold Coast welcome that affords AFL fans throughout the season.

Populous’ future-proofed the venue by ensuring flexibility and adaptability in the plan, allowing for major music concerts and community events right through to major international athletics or cricket.

According to Populous Senior Principal Chris Paterson, forward-thinking was pivotal to the master plan, as the legacy concept has always been to transform Metricon Stadium from the home of the Gold Coast SUNS and to return it to its original capacity of 25,000 seats afterwards.

We ran a number of workshops to test that the precinct could work for major events. We also considered how an athletics track could be accommodated with only minor adjustments to the structure, and without impacting the AFL experience. This included doing sight-line studies, temporary seating layouts and pedestrian movement extrapolations.

The masterplan led to Metricon’s horseshoe-shaped design, to allow for the easy installation of temporary grandstands, as Paterson explained:

The majority of the seats will be in the northern stand and the scoreboard will be removed. This ensures that there will be no ongoing or unnecessary costs incurred by the operator once a major event is over.

The combination of a robust and well thought-out masterplan centred around a flexible stadium creates a great legacy for the local community. Permanent facilities are developed and added to over time, as the community’s needs change and grow, while temporary infrastructure allows for a wide range of different events to be staged at lower costs to the event organisers and the operators.