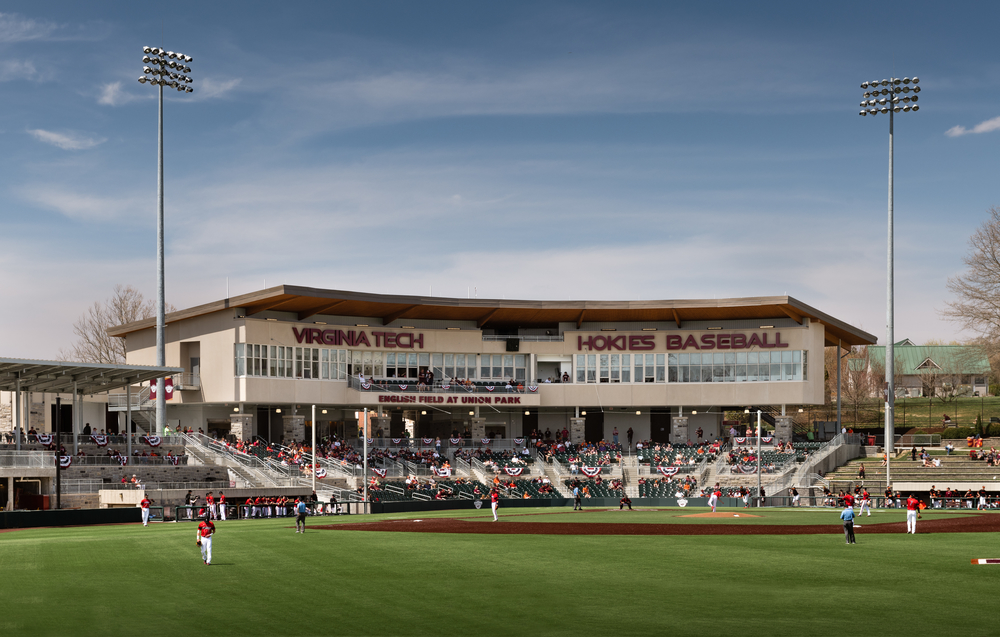 Responsible for the design of the dynamic new ballpark was CannonDesign – the integrated global design practice – in design-build partnership with Whiting-Turner.

English Field at Union Park is an exciting new ballpark that celebrates Virginia Tech baseball’s rich history and serves as a home for its future. Everything from the Hokie stone to embossed university symbols celebrate Virginia Tech and its legacy of baseball success. The ambitious design completely razed the former press box and the permanent stands that were at the site and now provides a new and larger seating area – an area that moves fans closer to home plate.

Matthew Dates, Vice President at CannonDesign, design project manager for the company’s Virginia Tech work and an alum of the university, said:

English Field at Union Park is designed to be one of the premier college ballparks in the country long into the future. It will enrich game day experiences for athletes, coaches and fans while also helping the university recruit top-tier talent and build on its legacy of success.

Located at the entrance to the university’s athletics precinct, English Field at Union Park is a prominent destination for athletes, students, alumni, fans and community members. 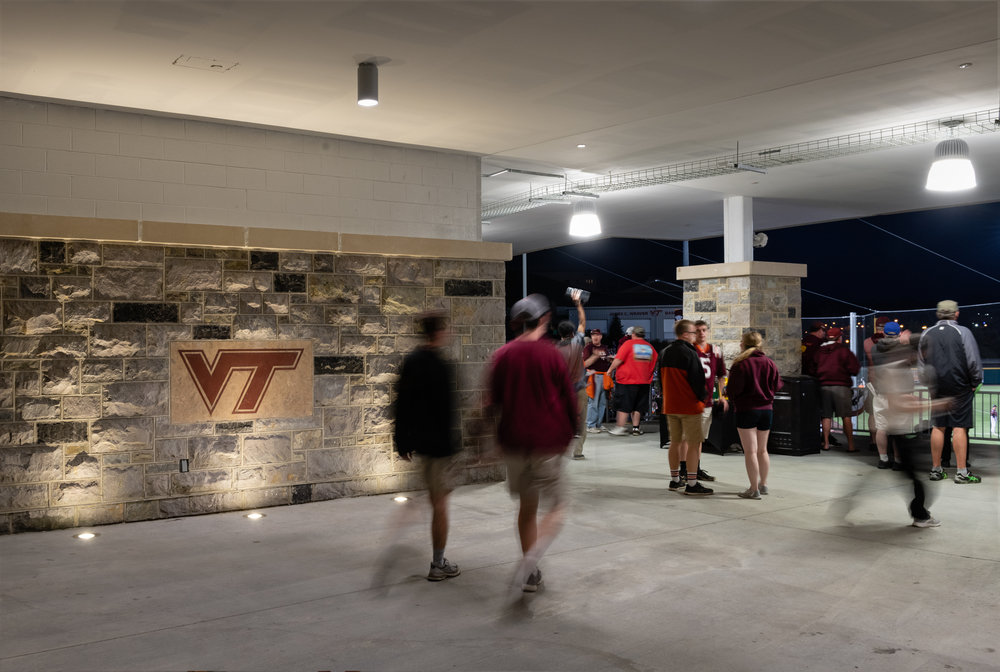 Designed as a “stadium in the park,” the 1,252-seat venue (that can hold 3,000+ with VIP seating and grass terraces) creates remarkable experiences for athletes and allows fans to experience the game their way – relaxing in the sun, cheering close to the field, or casually socialising with friends.

The ballpark’s signature grass terraces will be complimented with a three-tier hospitality deck, 4 private suites and a picnic area close to the field. Beyond baseball, English Field at Union Park can host concerts, and community or campus events.

In addition to the new construction, the design team renovated 4,000sqft of space in the existing Weaver Baseball Center for a new team clubhouse including a locker room, player lounge, team room for video review, laundry facilities and coaches’ room.

A signature college stadium, English Field at Union Park will be a key venue for Virginia Tech’s athletics program long into the future. 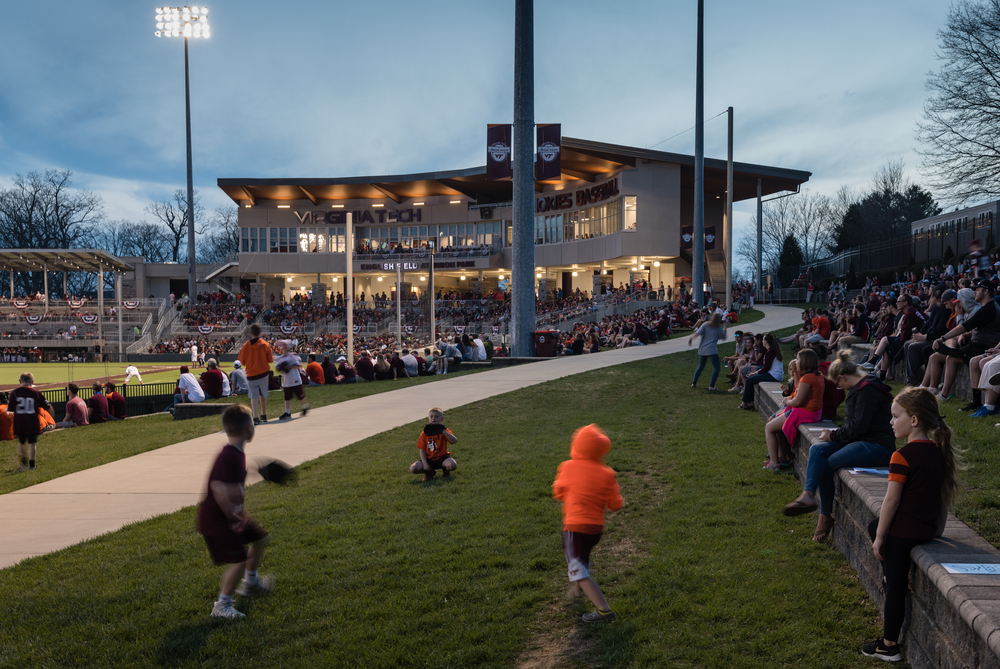