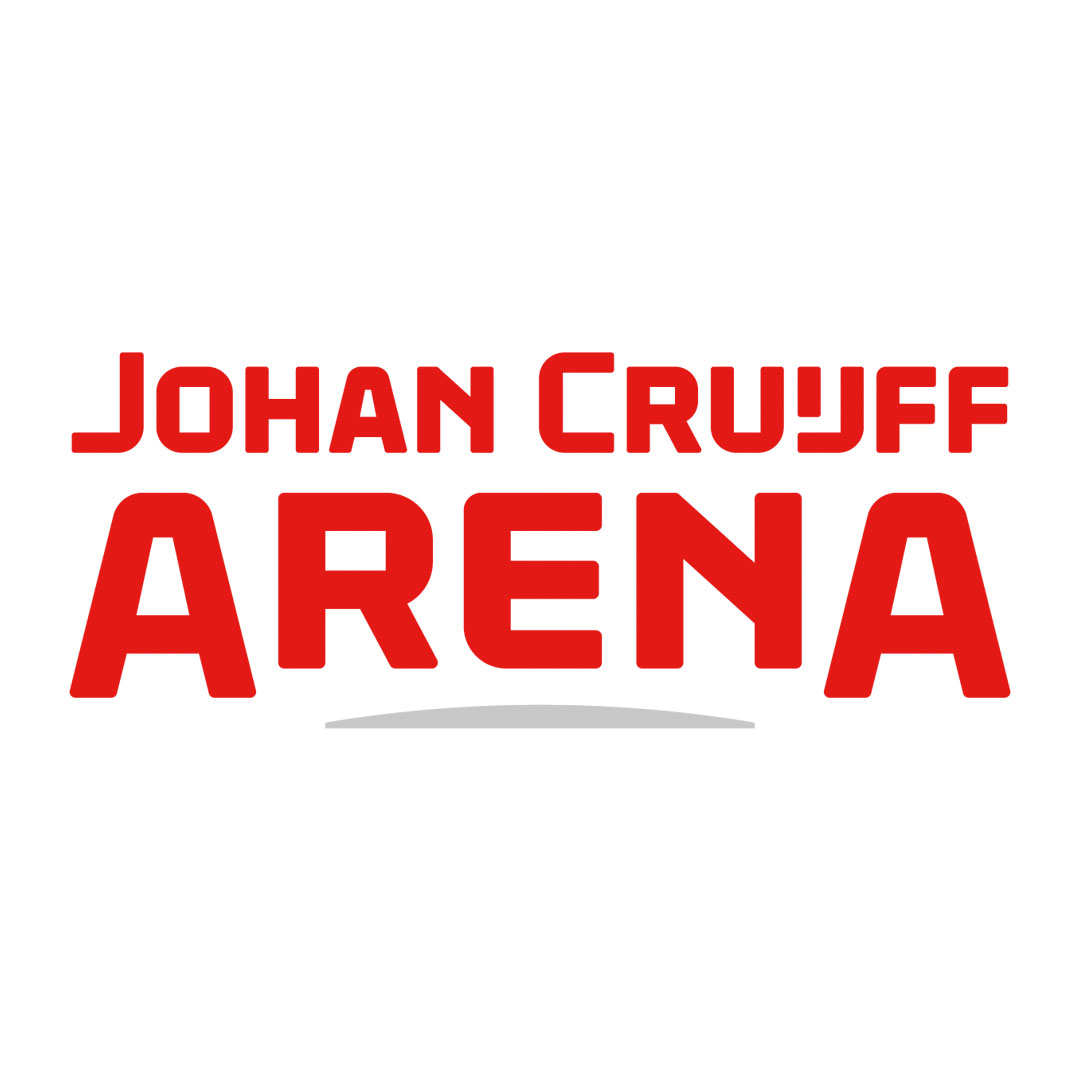 The newly-monikered Johan Cruijff ArenA – formerly the Amsterdam ArenA – presented its new logo to the world this week.

The stadium, previously known as the Amsterdam ArenA, is understandably very proud of this tribute to Johan Cruijff.

The values of Johan Cruijff as a football player and as a person: innovation, courage, inclusion, involvement – are all values to live up to for the Johan Cruijff ArenA.

We believe the new name is a perfect match and we are very proud and happy that we presented the logo yesterday.

European Footballer of the Year in 1971, 1973 and 1974, Cruijff will always be remembered as an architect of the swashbuckling ‘Total Football’ played by his first club Ajax and the Dutch national team in the early 1970s. He starred in particular for Ajax over two spells, as well as at FC Barcelona, scoring 392 goals in 704 games in club football. He won three successive European Champion Clubs’ Cups with Ajax in 1971, 1972 and 1973, and a host of domestic titles, before retiring in 1984.

Cruijff also won 48 caps for the Netherlands, scoring 33 times, and captained his country to second place at the 1974 FIFA World Cup. To mark UEFA’s Jubilee in 2004, the Royal Dutch Football Association (KNVB) named him as the Netherlands’ Golden Player. He went on to become a successful coach, lifting the 1987 European Cup Winners’ Cup with Ajax, and the 1992 European Champion Clubs’ Cup with Barcelona.

Cruijff was honoured with the UEFA President’s Award in 2013, in recognition of his outstanding contribution to European football. In August 2013, the Johan Cruyff Foundation received the €1m UEFA Monaco Charity Award, which has been used to promote the mental and physical well-being of children and young people.

A clip showing the presentation of the new logo (only available in dutch) can be found here. 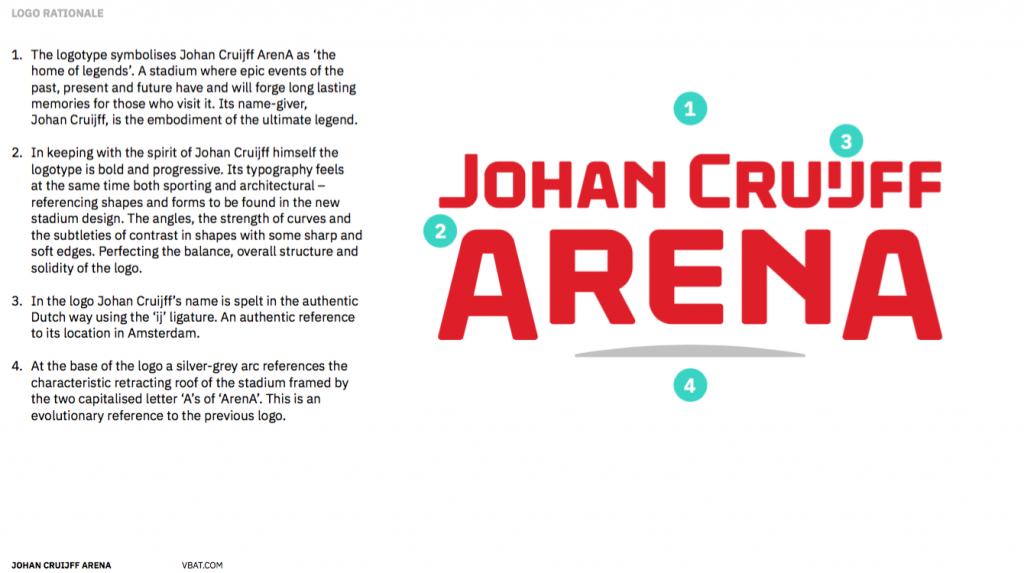 With the stadium having been granted the rights to host a number of matches during the UEFA European Championships 2020 (EURO 2020) three years ago, it was apparent the venue needed to modernise its facilities and improve internal access. The large-scale renovation is called Project ArenA 2020, which consists of three phases.

Phase 1, which is now complete, concerned the east side of the venue and included the addition of a 2,500m² Texlon® ETFE facade by Vector Foiltec to enlarge the lower and upper tier concourses. With the venue’s new façade and its slim supporting steel structure, spectators will be protected from the elements, but also feel open to the surrounding city. For this element, Ballast Nedam provided the detail engineering.

The appearance of the stadium will also change: with the shape of the Johan Cruijff ArenA to be transformed from the current concave shape to a new convex design. With UEFA having assigned four EURO 2020 matches to the stadium, the new facade will provide all sides with a new ‘shell’ to protect the fans from the elements and ensure an enhanced fan experience.

You can read an interview SVB conducted with Henk van Raan, Chief Innovation Officer and Director Facility Management at the then Amsterdam ArenA, online at: https://sportsvenuebusiness.com/index.php/2017/09/11/world-class-interview-amsterdam-arenas-henk-van-raan/

Sports Venue Business (SVB) is proud to be a media partner for the World Stadium Congress, which is being held at the Johan Cruijff ArenA, May 7-9. SVB’s Katie McIntyre will be in attendance, so feel free to email her to arrange a time to meet, at: katie@sportsvenuebusiness.com or to register, go to: https://worldstadiumcongress.iqpc.ae