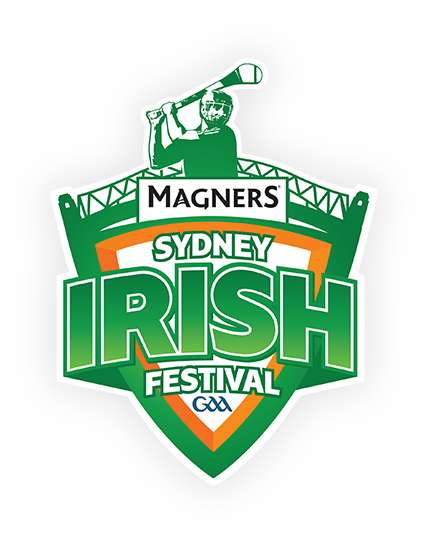 The 2018 Magners Sydney Irish Festival will be a fusion of art, culture, music, sport, dance, food and drink, with the centrepiece being a competitive Hurling match between two championship-winning teams for the 2018 Wild Geese Trophy.

Headlining the 2018 Magners Sydney Irish Festival will be Dublin’s own, Damien Dempsey, alongside Lúnasa, one of the most influential bands in the history of Irish traditional music.

Saint Sister (Morgan MacIntyre and Gemma Doherty), which has a huge following in their native Ireland with music drawing on early Celtic harp traditions, 60s folk and electronic pop to create ‘atmosfolk, will also be making their first Australian performance during the festival.

Day two will commence with the Big Irish Brunch and plenty of family friendly activities, hurling clinics and more live music in the buildup to the pre-game welcome parade of the teams into the stadium, before the teams take the field for tip-off at 3.30pm.

The jewel in the festival’s crown will see the Galway Tribesmen, winners of the 2017 GAA Hurling All Ireland Senior Championship and home to no less than seven All Star players, take on the reigning 2018 Allianz League Champions in a historical hurling game at Spotless Stadium.

This is more than an exhibition match, with the winner earning direct entry into the 2020 incarnation of the tournament and being awarded the coveted Wild Geese Trophy, which marks the cultural respect that exists between the Australian and Irish people. It has been named in honour of six Irish fenians who successfully escaped the drudgery of a British ruled penal colony in Western Australia in 1876; an act of defiance that would later become known as the Catalpa Rescue.

Hurling dates back to the 7th century and is one of the national sports of Ireland. It’s a physical contact sport, the fastest game on grass in the world and spectacular to watch. Played in two thirty-five minute halves by teams of 15 per side, hurling is without a doubt one the most skillful sports played today. CNN ranks it just behind the Olympics at No.2 on the list of sports you must see live before you die, making the 2018 Magners Sydney Irish Festival a “must do” experience for anyone with Irish heritage.

For the non-Irish, it’s the best way to experience the fun and friendly Irish culture without leaving Australia. Visitors will even get the opportunity to eat barmbrack and drisheen, as well as some of the world’s biggest Irish stew (with hopes of securing a Guinness World Record) during the Festival.

Tickets to the 2018 Magners Sydney Irish Festival are on sale NOW through Ticketmaster at:  www.ticketmaster.com.au

For further information, go to: www.sydneyirishfestival.com