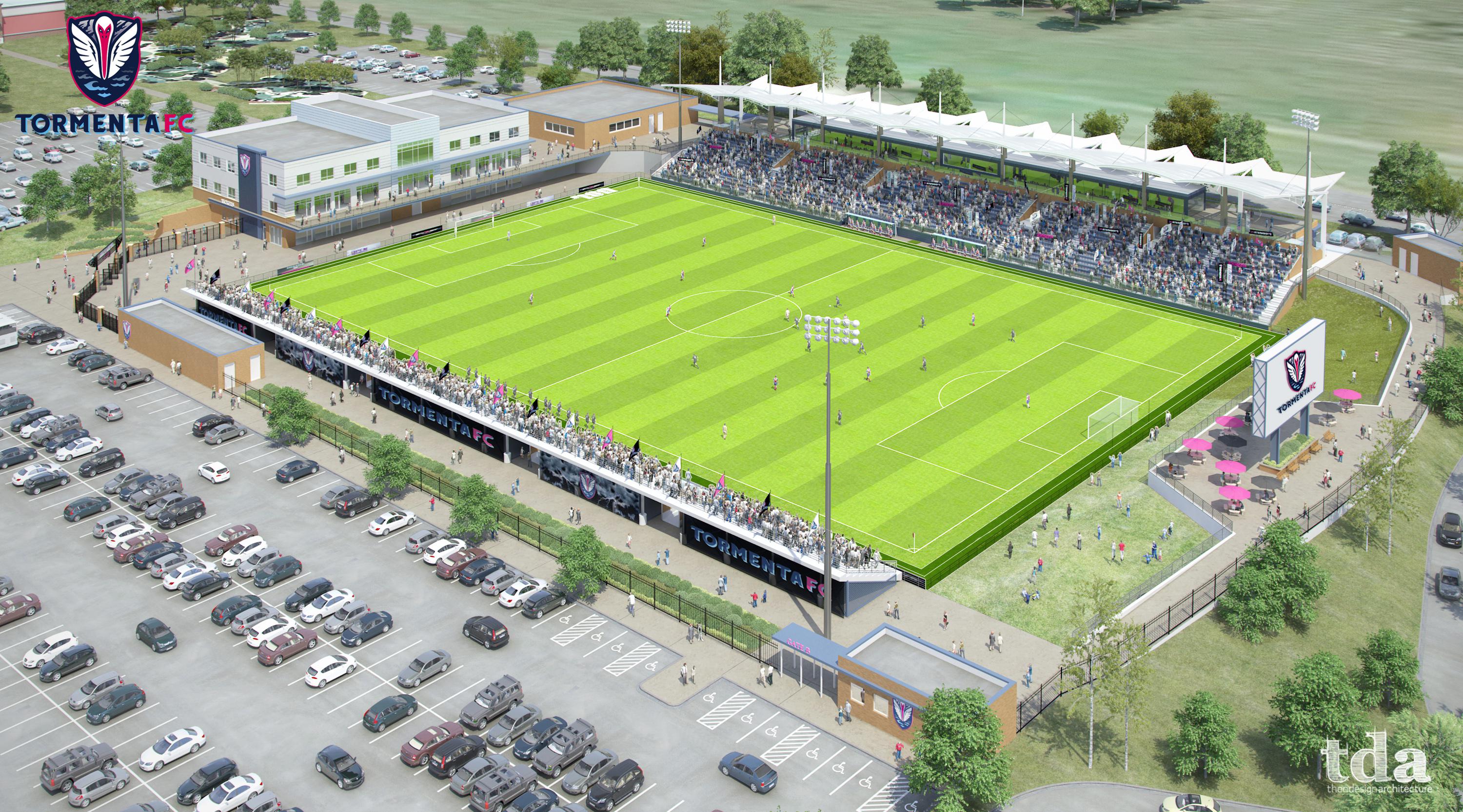 Tormenta FC will compete in its third Premier Development League (PDL) season in 2018 before moving to the professional level next season.

Today’s announcement is the culmination of years of hard work from our organization to develop and launch a successful third division built on the principles and foundation that made the USL one of the most prominent second divisions in the world. We are thrilled to welcome South Georgia Tormenta FC into the USL Division III as a founding member and expect the club to continue its success from the PDL. This is just the beginning of an exciting period of growth for USL Division III as we expect to unveil more new markets in the coming months and continue to lead the growth of professional soccer in the United States.

Late last year, the club filed plans and released renderings of a planned new state-of-the-art, 5,000-seat soccer-specific stadium in Statesboro, which will provide an exciting and authentic professional soccer experience for fans and players. The venue would also have the ability to host other sporting and entertainment events, and upon completion, the facility intends to be the home for the Georgia Southern University men’s and women’s soccer programs.

This is an exciting time for South Georgia soccer fans, as we prepare to join USL Division III and bring professional soccer to our region in 2019. Elevating the club to the proven model of the USL professional ranks allows us to increase the impact our organization can have in the local community, region and country.

It is planned that the stadium will be built next to The Clubhouse, on Old Register Road, and will offer a 5,000-plus capacity, while having the ability to expand to more than 10,000. While serving as a soccer-specific venue, the stadium would also be able to host other sporting and entertainment events.

Construction firm New South Construction Company – which helped build the new Atlanta Braves’ Suntrust Park and many other sports related venues – will oversee the development of the new complex.

We see this project as not just a one-of-a-kind stadium but as a destination venue, which is well designed for the specifics of a unique soccer experience. The facility has a very talented architectural firm in ThenDesign Architecture, led by Adam Parris, who has really pushed the entire envelop that goes with this venue. From future players to the fan experience, this complex will be state of the art.

ThenDesign Architecture (TDA), originally founded as Huston Associates in 1951 and currently based in Willoughby, Ohio, has been in conversation with Van Tassell for years and started development of the conceptual masterplan for the complex in January of 2017. TDA designed Highmark Stadium, one of the company’s many unique projects that currently serves as the home for the USL’s Pittsburgh Riverhounds.

We are designing an office building that will go in tandem with the stadium and house the Tormenta FC locker rooms, facilities and offices, but it will also provide 20,000 square feet of office space. With that being said, there’s also some retail space that is built into the stadium. There’s a team shop and several other small retail spaces that can be used for a coffee shop, for example, or a small office. The idea is to not have a standalone stadium that can only be used for games and events.

Tormenta FC is a first-class organization, and Darin and Netra Van Tassell have been at the forefront of the club’s success since its founding in 2015. We are excited to bring the thrill of professional soccer to South Georgia, as Tormenta FC continues to be a catalyst for growth in the community. The club’s remarkable new facility in Statesboro will not only be one of the best in the region but also be a standard-bearer for the entire third-division landscape in North America.

Tormenta FC expect to be able to share further information on the new stadium plans within the coming weeks.