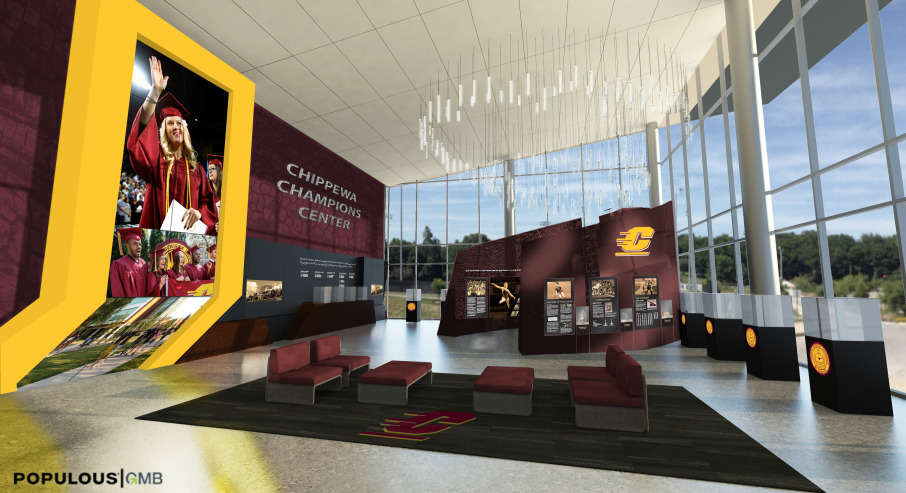 Populous, the architectural and design firm behind numerous professional and collegiate sporting venues, will take the lead in designing the Chippewa Champions Center at Central Michigan University’s Kelly/Shorts Stadium.

From the start, the vision for the Chippewas Champions Center has been to construct a place where we, as One CMU, come together. Certainly, it will augment the game-day football experience, but it’s not just an Athletics project. This will be in use 12 months of the year and be a hub for campus events.

Populous has a history of designing facilities that enhance the fan and student-athlete experience and stand the test of time.

The global architectural giant, which boasts offices in Kansas City, London and Brisbane, will partner with GMB, the architectural firm that designed CMU’s soccer and lacrosse stadium. 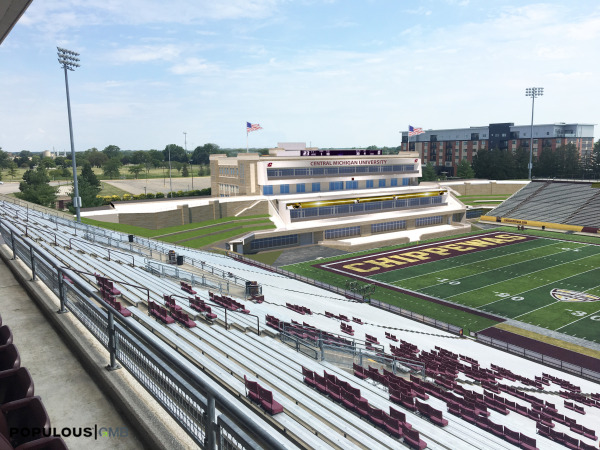 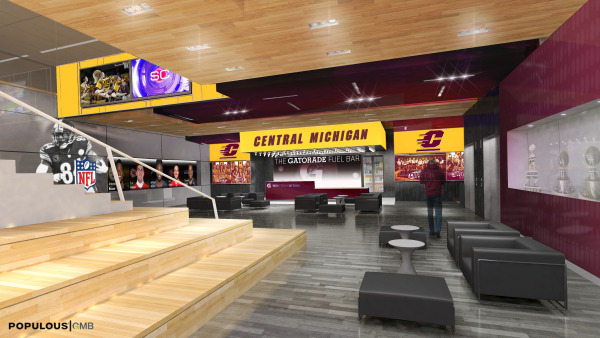 The Chippewa Champions Center will be a first-class facility for students, alumni, faculty, staff and fans. This project is a partnership between all areas of the university family. It will be a new home for alumni to use year-round for meetings, events and more. Imagine faculty, coaches and alumni sharing thoughts, ideas and perhaps a snack and beverage in this new center. The Advancement Board, Alumni Board, Young Alumni Board, all college advisory boards and our premier business partners will be fired up to use the facility.

The Chippewa Champions Center will replace the current locker room building in the north end zone of Kelly/Shorts Stadium. Alford said the current vision includes a new football locker room, a rehabilitation centre and a nutrition centre for all 475 CMU student-athletes, team meeting space and offices for football staff and a weight room.

Seating for football game days will include premium hospitality options.

We’re in the early stages of fund-raising, and there is strong interest in this project. By working with architects, we can take goals and ideas, build a vision and see what excites our alumni and supporters. It’s an exciting project, and it shows the power of working with campus partners.

Alford, Martin and others recently met with Populous architects. Among similar projects, the practice has developed: Boise State Football Athletic Complex, Comerica Park in Detroit, improvements at the University of Oklahoma Memorial Stadium and the University of Colorado Champions Center. The firm was also responsible for designing ANZ Stadium, the hub for the Sydney 2000 Games in Australia, and the Olympic Stadium for the London 2012 Games; Heinz Field in Pittsburgh; and the University of Minnesota’s TCF Bank Stadium.