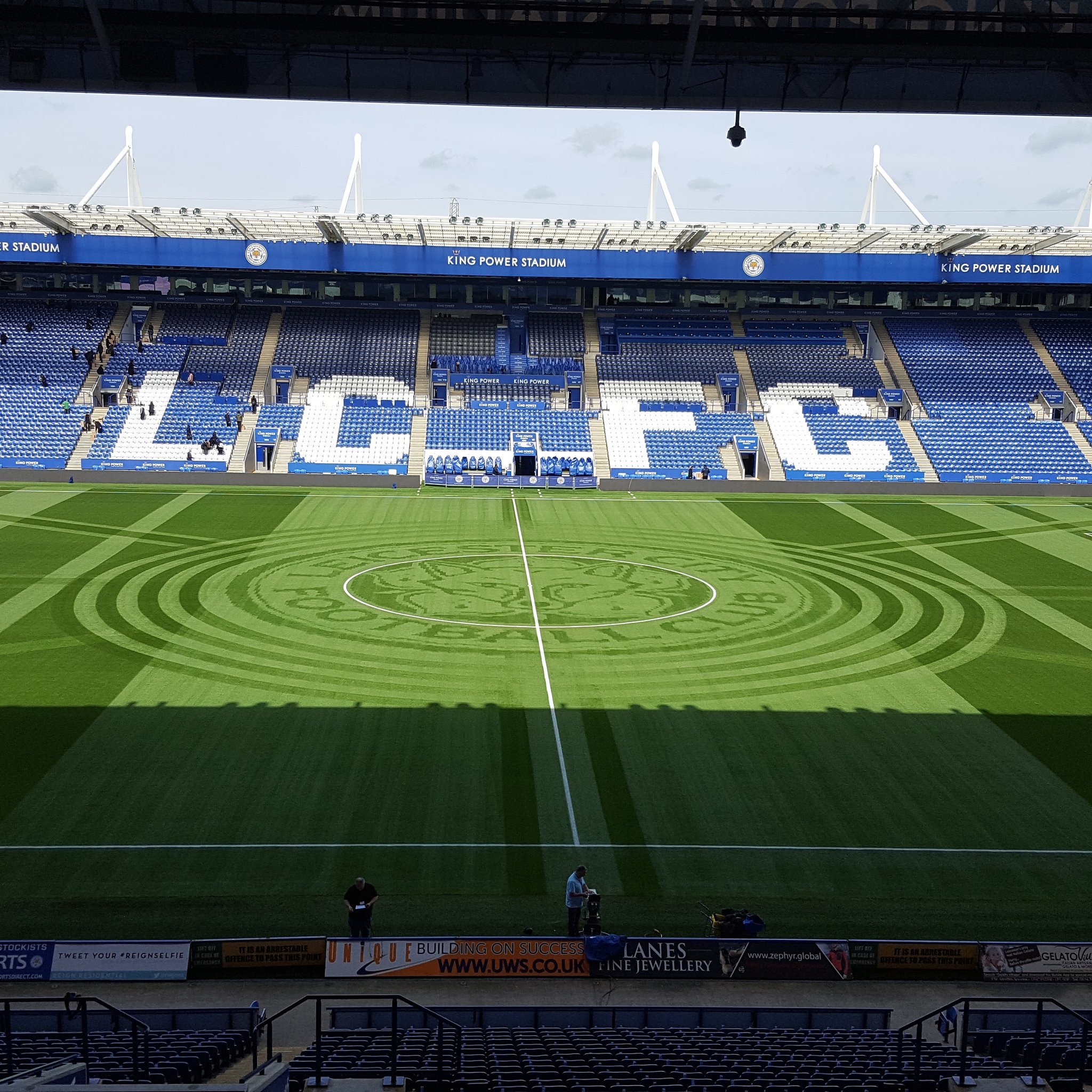 The English Premier League (EPL), which kicks off this Friday, announced the second of 10 developments for the 2017/18 season last week, which will mean that grounds staff are no longer able to get creative with their playing surfaces.

Rules state that the playing surface must contain no markings other than the traditional horizontal and white lines. Pitch patterns and designs will therefore no longer be allowed in the EPL as of the start of the 2017/18 season.

This amendment brings the EPL Rules into line with UEFA’s regulations for its competitions and follows consultation with the Premier League Club groundsmen.

In recent seasons, both the Leicester City and Southampton pitches have won plaudits for the standard of their maintenance.

Arsenal will host Leicester in the first match of the EPL season this Friday, August 11.

Leicester Grounds Manager, John Ledwidge, has been one of the leading lights in growing international recognition and respect for the role of the groundsman through the elaborate pitch day patterns that kept appearing at King Power Stadium last season.

Speaking in an interview with Sports Venue Business (SVB) CEO, Katie McIntyre, earlier this year about what made him decide to try out different patterns and how much extra time and care was required to achieve this, John said:

These things do take time and I think every groundsman up and down the country has had a go at applying some patterns to their pitches. We were fortunate last season to have an amazing platform to showcase what we can do, but the message was clear. I wanted people to talk about our industry and raise the profile for groundsmen who work hard at every level.
I have been on both ends of the spectrum, working with little or no resource to now, having what I need to work effectively, so the coverage we got last season was less a self-promotion and more to raise awareness of what a great industry we have, one I’m very proud to be part of. 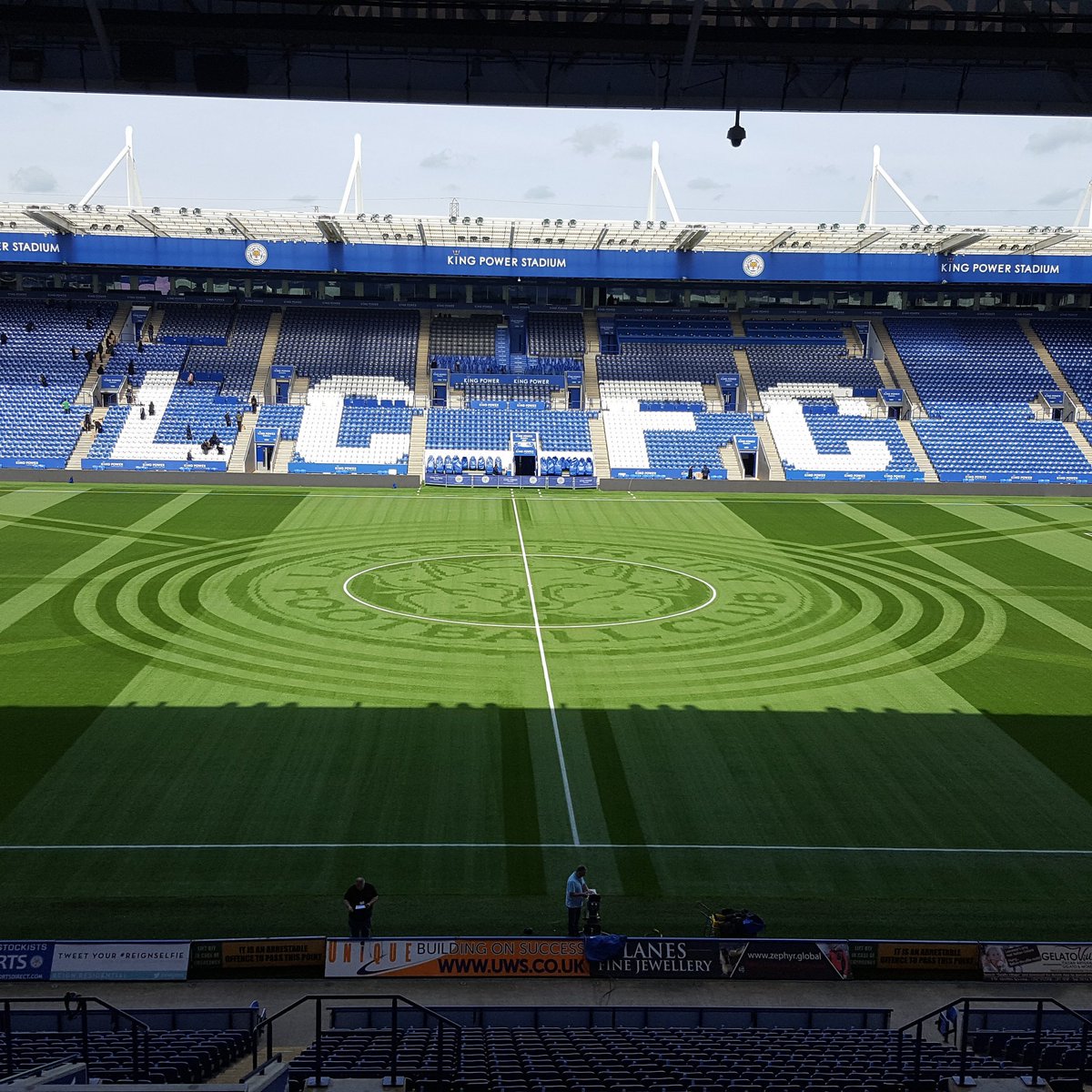 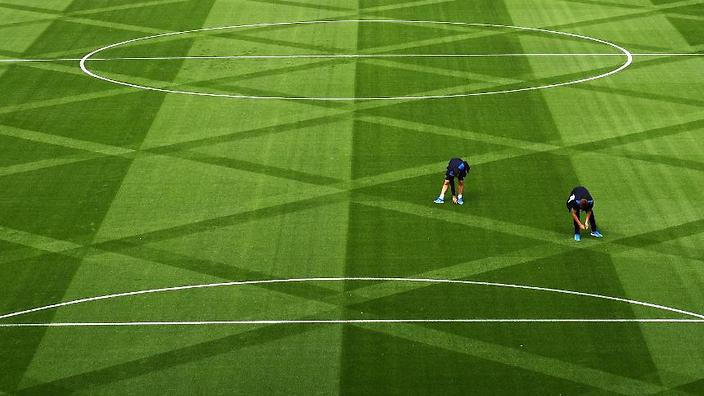 You can read the full interview with LCFC’s Grounds Manager, John Ledwidge, entitled ‘FROM THE GROUND UP’ online at: http://sportsvenuebusiness.com/index.php/2017/02/09/ground-interview-john-ledwidge-grounds-manager-leicester-city-fc/
Images, courtesy: LCFC