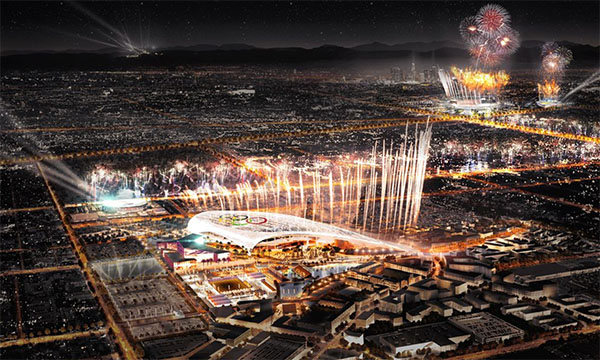 In line with Olympic Agenda 2020, the International Olympics Committee (IOC) has released the Host City Contract 2028 following the declaration of candidature by the Los Angeles Olympic and Paralympic Candidature Committee for the Olympic Games 2028. In it, the IOC stipulates that it will make contributions to the Organising Committee representing an overall estimated value of USD$1.8bn.

In comparison to the Host City Contract 2024, the IOC is making two major changes: it will advance funds to the Los Angeles Organising Committee in view of the longer planning period and to increase participation and access to youth sports programmes in the City of Los Angeles in the years leading up to the Games.

The IOC welcomes this decision of the Los Angeles Olympic and Paralympic Candidature Committee and we are pleased to release the Host City contract 2028 in a transparent and timely manner. Los Angeles presented an excellent candidature that embraces the Olympic Agenda 2020 sustainability priorities by maximising the use of existing facilities and encouraging the engagement of more youth in the Olympic Movement. Therefore, we are very happy that, as part of this Host City Contract, we are able to increase the access of the city’s youth to sport, and encourage the healthy lifestyle of Angelenos for the next 11 years. We are very confident that we can reach a tripartite agreement under the leadership of the IOC with LA and Paris in August, creating a win-win-win situation for all three partners. This agreement will be put forward to the IOC Session in Lima in September for ratification.

The IOC will continue to work in close collaboration with Los Angeles in the lead-up to the possible ratification of the tripartite agreement by the full IOC membership at the 131st IOC Session in Lima, Peru, next month.

For further information on the Host City Contract for the Olympic Games 2028, please click here.

The deal will see the 2024 Summer Olympic & Paralympic Games being held in Paris, France, before the Games return to Southern California for the first time since 1984 come 2028.

This also means that the LA Stadium and Entertainment District at Hollywood Park will not only be the future home to both the NFL’s Los Angeles Chargers and the Los Angeles Rams, but will also now play host to the Opening and Closing ceremonies, as well as to the archery competitions during the 2028 Summer & Paralympic Games.

Development on the new stadium broke ground in November 2016, and is expected to be completed mid 2020. The 70,000-seat stadium and 300-acre entertainment district is being built on the site of the Hollywood Park Racetrack in Inglewood, CA, and promises an incomparable merger of sports, entertainment and real estate. 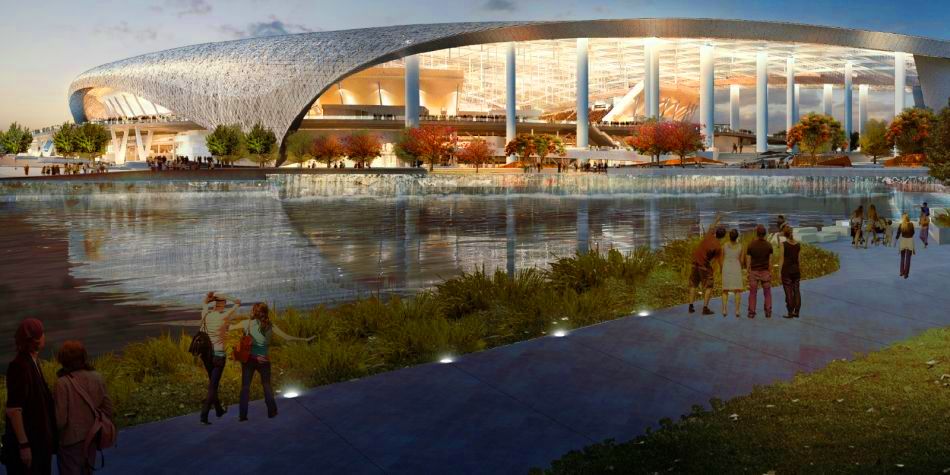 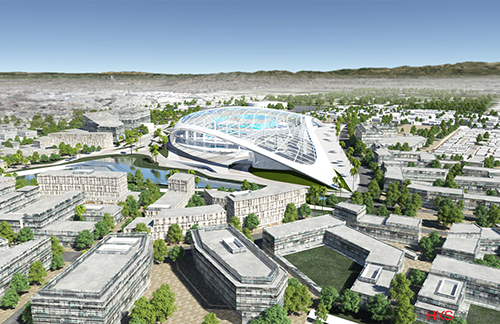 The Los Angeles Stadium and Entertainment District at Hollywood Park is transforming the site of the former Hollywood Park Racetrack to a year-round sports and entertainment destination for the enjoyment of people throughout Southern California, as well as visitors to the region.

This will be the new “must-see” entertainment destination and gathering spot in the center of the Los Angeles basin. This monumental project covers 298 acres located two miles off the I-405, one and a half miles off the I-105, and four miles from Los Angeles International Airport.

The centrepiece of the district will be the 70,000-seat stadium that will be the home of NFL games for both the Los Angeles Chargers and Los Angeles Rams. The stadium will feature sporting events including the Super Bowl and the Opening and Closing ceremonies for the 2028 Olympics, as well as major concerts and other entertainment year-round.

Plans for the District include: