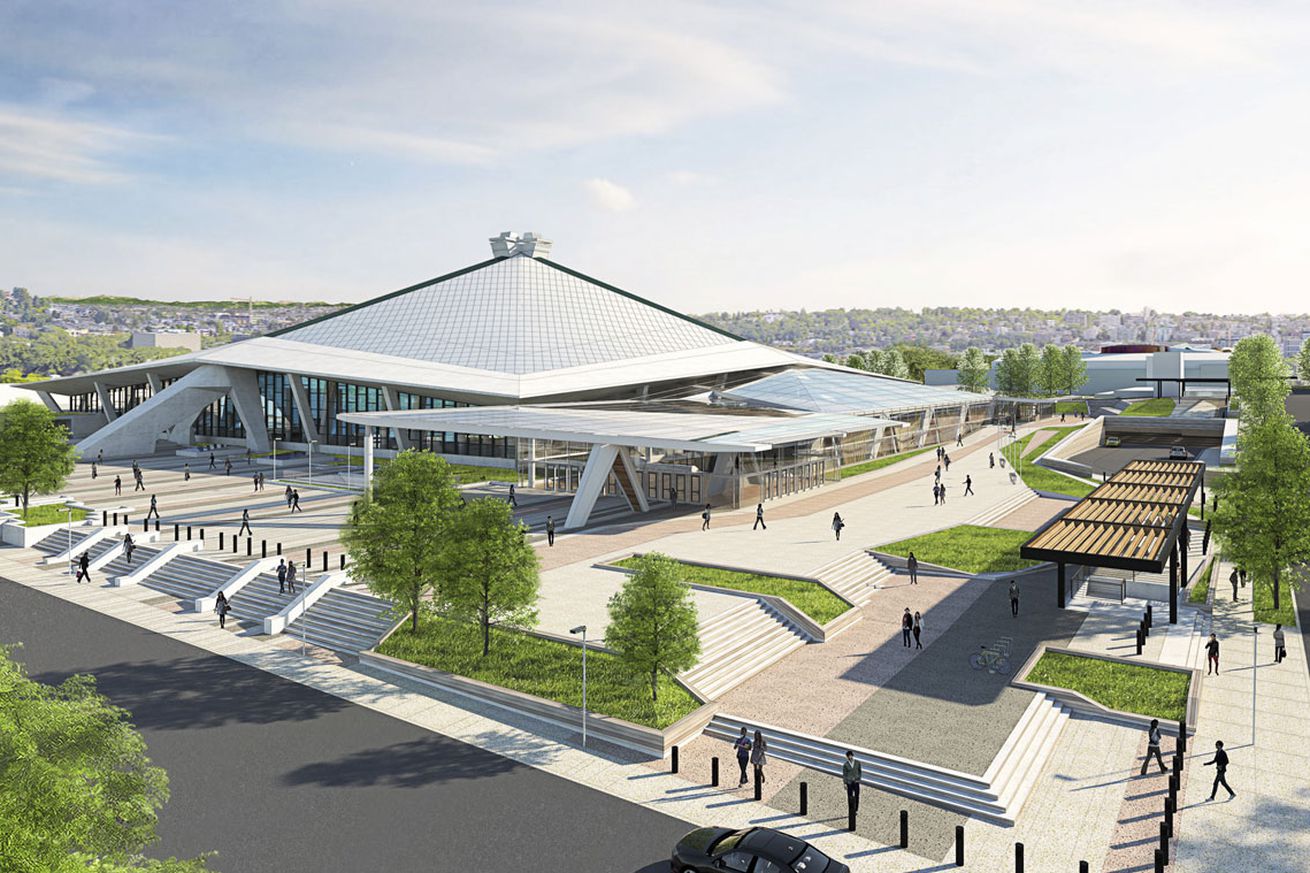 As part of the ongoing process of evaluating plans for the possible redevelopment of the Arena at Seattle Center into a state-of-the-art entertainment and sports facility that could potentially bring the NHL and the NBA to Seattle, the City of Seattle has assembled an Arena Community Advisory Group.

The purpose of the newly-formed Arena Community Advisory Group is to:

Members of the Arena Community Advisory Group include:

The Group will meet on an ongoing basis through the permitting and environmental review processes and development of any final development agreements that may be negotiated.

In early 2017, the City of Seattle issued an RFP for the redevelopment of the Arena. The City chose Oak View Group (OVG) as the preferred partner and is currently negotiating a Memorandum of Understanding (MOU) with them.

The City Council will review and potentially adopt the MOU later this autumn/fall.

Earlier this month, the city revealed the bulk of the independent consultant team that will aid in their review and negotiations with OVG over a proposed redevelopment of KeyArena.

The names were identified in related documents attached to the agenda for the meeting of the city council’s Select Committee on Civic Arenas. The committee met for the first time since Mayor Ed Murray announced his selection of OVG’s proposal as the winning bid for the KeyArena request for proposal.

Working with the executive staff on the actual arena development will be Carl Hirsh of Stafford Sports; on construction management will be Ken Johnsen of Shiels Obletz Johnsen; on the financial proposal will be David Abrams of Inner Circle Sports; and as outside legal counsel will be James Leonard and Charles Farrell of the firm Faegre Baker Daniels.

Overall, a pretty impressive and experienced group to offer some exterior counsel to the executive team as it negotiates and crafts an MOU with OVG.

A deadline of September 12th has been set for the MOU. The city council still plans to hire its own independent consultant to review the financial proposal. 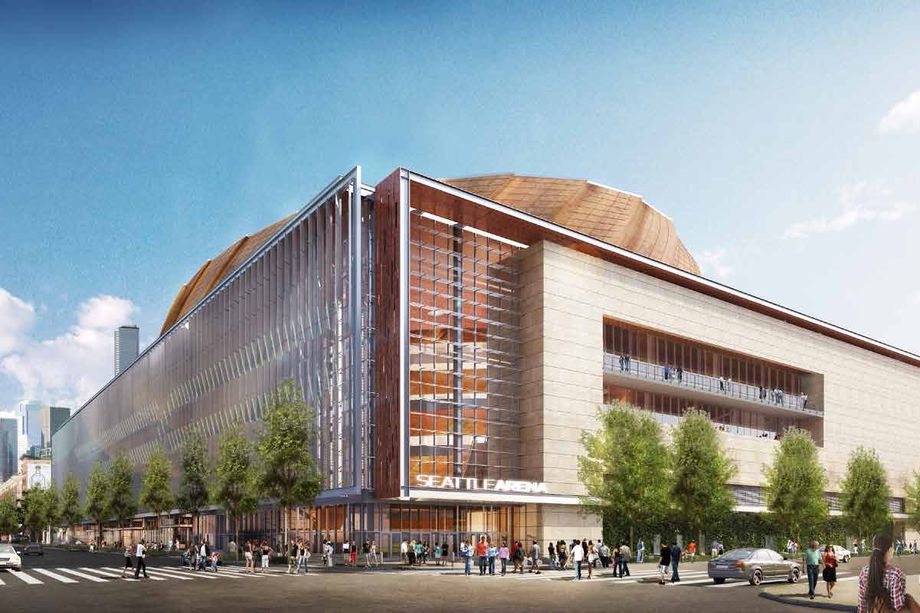 The Seattle Arena project in SoDo would contribute an estimated three times more to the city of Seattle’s general fund than a competing proposal to redevelop KeyArena at the Seattle Center, a new study finds.

The Evans School of Public Policy & Governance at the University of Washington (UW) released findings of an analysis of potential public finance elements of the two proposals. The study was conducted by Justin Marlowe, an endowed professor of public finance and civic engagement at UW, along with three students in the Masters of Public Administration program, two of whom are certified public accountants.

Dr. Marlowe was part of an independent team that analysed the original 2012 SoDo arena MOU and proposed public-private financial framework for the King County Council.

The analysis was commissioned on May 19, 2017, by the private investment group behind the SoDo arena project as an “independent, fair, and transparent” analysis. It has two identified objectives: to highlight the public finance implications of the proposals, and to provide city leaders and the public with a tool to explore these implications more deeply.

Seattle Mayor, Ed Murray, announced the selection of the Oak View Group’s (OVG) proposal as the winning bid for the potential KeyArena project on June 7th. Since then, city executive staff have been engaged in negotiations with OVG on an MOU to define the relationship and responsibilities of an agreement between the private group and the city for the project. Dr. Marlowe’s team reached out to the city for input and response to the study but did not hear back from them.

The study defined a “base case” of assumptions to analyze, including ticket prices, concessions, tax rates, parking, and other factors. With the base case, the analysis found that the SoDo arena would contribute an estimate US$103m to the city’s general fund over a 35-year lease. OVG’s proposal would generate US$34m over the same timeframe.

To provide a range, the study looked at conservative assumptions that would contribute US$67m from SoDo to just below US$25m from KeyArena. Aggressive assumptions peg the SoDo versus OVG contribution at US$111m to about US$47m.

Both proposals come up about even in tax revenues requested to be redirected into the project. The SoDo group has asked for exemption from the city’s admissions tax, which would be approximately US$205m over 35 years. OVG’s plan is to redirect a mix of taxes, including retail sales, construction sales, admissions, parking, and leasehold excise tax, back into a “City Arena Fund” to backstop capital improvements and maintenance for the arena. This would be roughly US$167m over 35 years.

The study notes that OVG could ask for similar redirection from King County and the state, pushing their total to above US$200m.

OVG’s plan also has the potential to send more money to the general fund if they can fill the City Arena Fund to US$40m. The study’s model found that it would be around year 9 for that threshold to be hit. It also assumes that an expected major renovation of the arena at around the 12 to 15-year mark would not rely on revenues in the City Arena Fund. Similar renovations around the country well exceeded $40 million, would’ve used all of the fund, and would’ve prevented any additional payments to the general fund.

The analysis also found that SoDo’s insistence on paying all applicable property taxes as a fully privately-funded project would contribute approximately $98m to other local government entities, particularly Seattle Public Schools and, ironically, the Port of Seattle.

The Port of Seattle has long been an opponent of the SoDo arena project.

Of interest to sports fans, the study makes the assumption in the base case that an NHL team would be available to open the SoDo arena in its first year, supporting the concept that they won’t build until a team is secured. An NBA team is anticipated to arrive in year 4 for SoDo.

By contrast, an NHL team is assumed to start play at the redeveloped KeyArena in its second year of operation. NBA is assumed to arrive in year 8.

In the aggressive assumptions, SoDo would have NHL to start and see NBA by year 2. OVG would open their arena with an NHL team, as well, and bring on the new Sonics in year 4.

The conservative assumptions have NHL and NBA at SoDo in years 1 and 7, respectively. OVG is assumed to bring the NHL in year 4 and debut the NBA in the arena’s tenth season.

It should be noted that the analysis was done using the initial proposal presented by OVG in its response to the city’s request for proposals for a KeyArena redevelopment. A negotiated final agreement between the two parties could feature a very different financial framework. Further analysis will likely be done once a negotiated proposal is made available.

For now, the study makes a compelling case for the SoDo arena project. You can read the release from the Evans School, as well as the full report here.