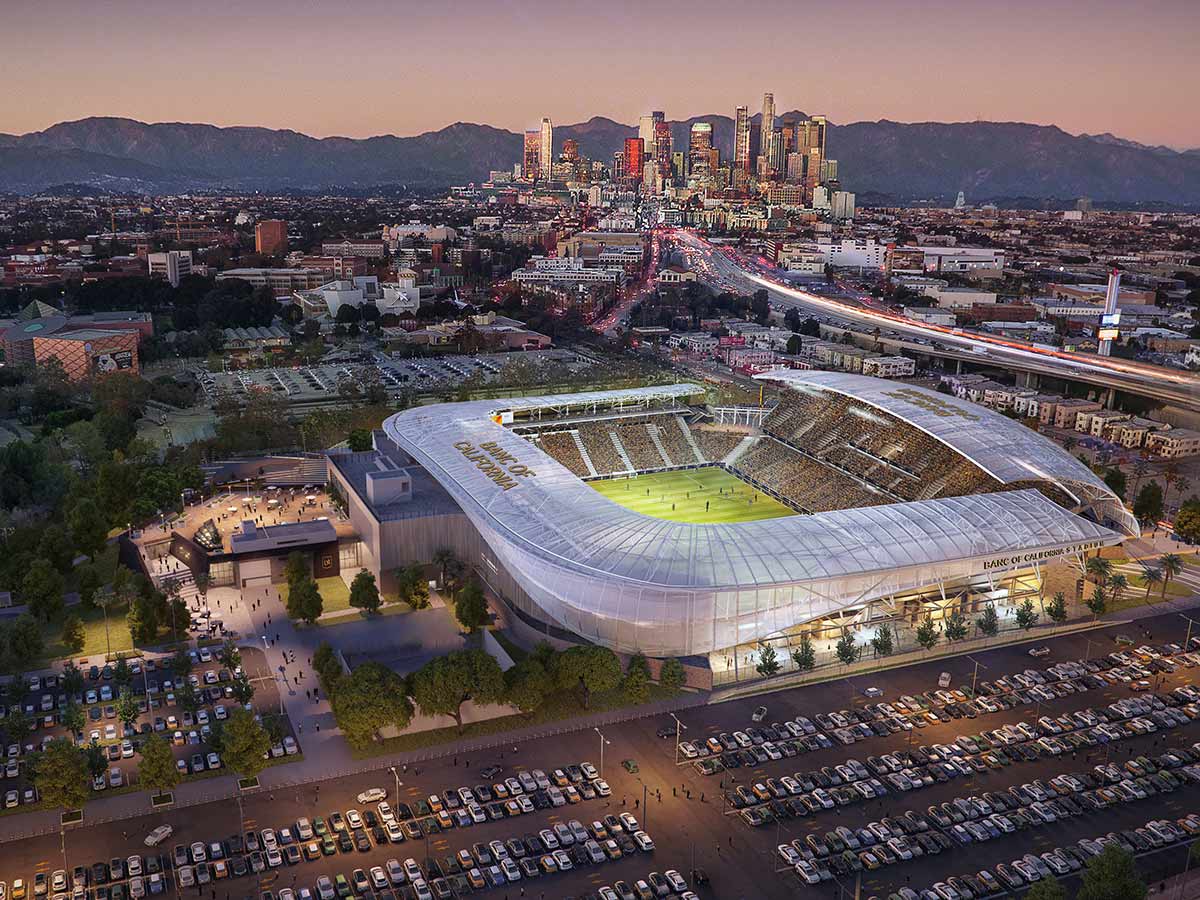 MAIN TENANT NAME/S, SPORTING CODE/S TO BE PLAYED AT THE VENUE:

Banc of California Stadium is the new soccer-specific home venue of the Los Angeles Football Club (LAFC). In addition to the 22,000-seat stadium, the project includes restaurants, retail and conference space.

LAFC’s 22,000-seat Banc of California Stadium is the centrepiece of an US$350m complex that includes a large community plaza, restaurants and retail on the southwest corner of Exposition Park.

Concerts, festivals and other community events will also be hosted at the new venue.

LAFC is the newest MLS soccer club serving the greater Los Angeles area. Its ownership group is comprised of local leaders and innovators of industry with intellectual capital, financial prowess, operations expertise and success in the fields of entertainment, sports, technology and media.

The LAFC ownership group is dedicated to building a world-class soccer club that represents the diversity of Los Angeles and is committed to delivering an unrivalled experience for fans.

The new Banc of California Stadium took up the mantel as the ‘first open-air stadium to have been built in Los Angeles since 1962’ upon opening. 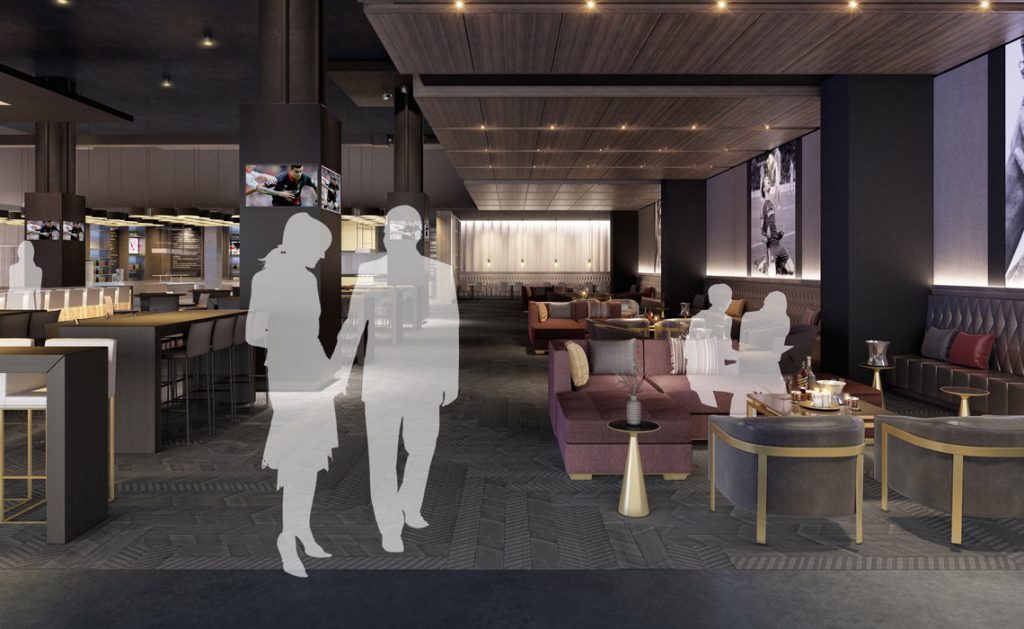 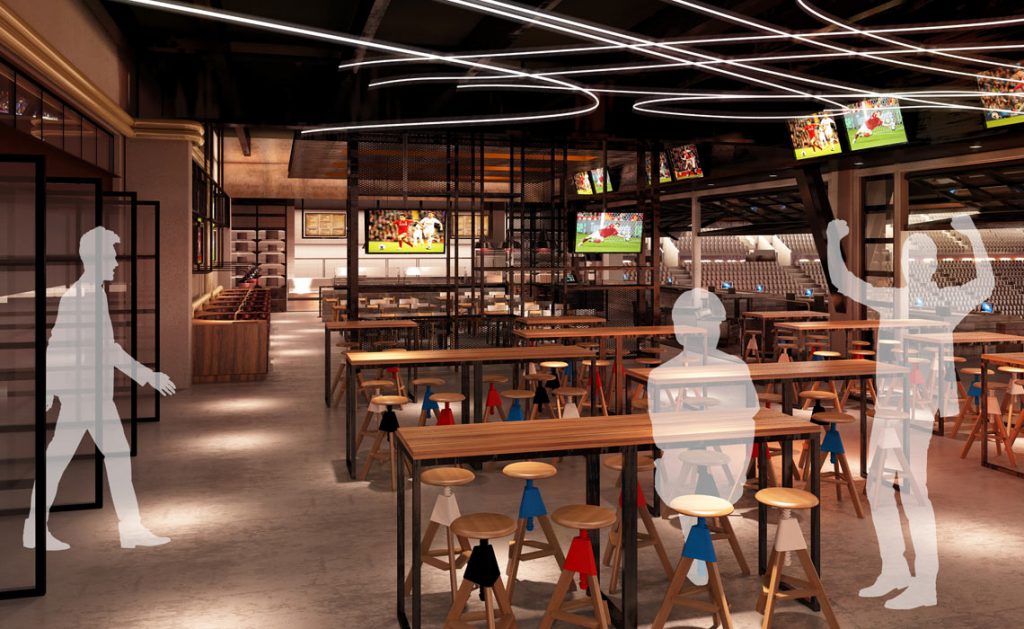 DETAILS ON THE KEY SPORTING/NON-SPORTING EVENTS TO BE HELD AT THE VENUE:

GPN is a new breed of sports and entertainment company, which produces, distributes and organises professional leagues and events for certain Olympic-style team sports, in partnership with USOC members USA Rugby and USA Volleyball. GPN’s mission is to acquire, produce and distribute wholly-owned, world-class, U.S.-based sports and entertainment content across global media platforms.

Banc of California Stadium is the first stadium on the west coast to incorporate safe standing, with LAFC providing an opportunity for supporters to stand shoulder-to-shoulder, creating an electric and unified stadium atmosphere on match-days.

Since its inception in October 2014, the Club and stadium architect Gensler Sports have been in constant dialogue with its supporters by hosting multiple workshop design sessions regarding architectural elements of the supporters’ north end of the stadium. LAFC Ownership has incorporated global best practices to create the most supporter-forward environment in MLS.

The first-of-its-kind rail seating system is designed by U.S.-based SC Railing. The railing was specifically designed for comfort and safety and to accommodate sight lines by eliminating obstructions. Gensler Sports played an integral role in conceiving and implementing the safe-standing concept with the overall design process taking nearly two-years of intense research.

LAFC have also unveiled a proposal to locate its soccer operations headquarters and training facility on the eastside of Los Angeles, at the campus of Cal State LA. Plans for the new facilities were approved by the California State University Board of Trustees.

The plans call for LAFC to invest US$30m to renovate Cal State LA’s stadium field and construct a state of the art training facility that will serve as home to the Club’s MLS players, staff, coaches and youth development team, LAFC Academy. The Club will also support Cal State LA students through internships and collaborations with University educational programs.

The new training site and practice facility, designed by Gensler Sports, will feature a natural grass practice field exactly mirroring that of Banc of California Stadium, locker rooms, sports medicine facilities, office space for team coaches and staff and will be completely financed by LAFC. The two-storey training facility will incorporate the campus’ industrial and modernist design style. Hunt Construction Group will serve as the construction management company on the project.

Along with building its practice facility at Cal State LA, LAFC has pledged an additional US$1.5m to the University, which comes on the heels of a $100,000 contribution it made to the Cal State LA athletic department last autumn/fall. 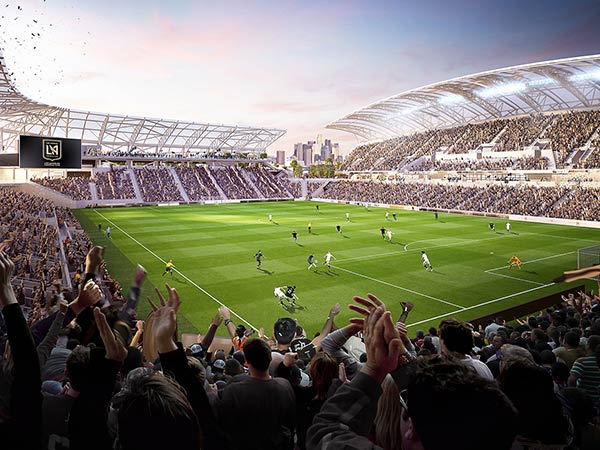