SCX sticks to the game plan for Wimbledon No.1 Court 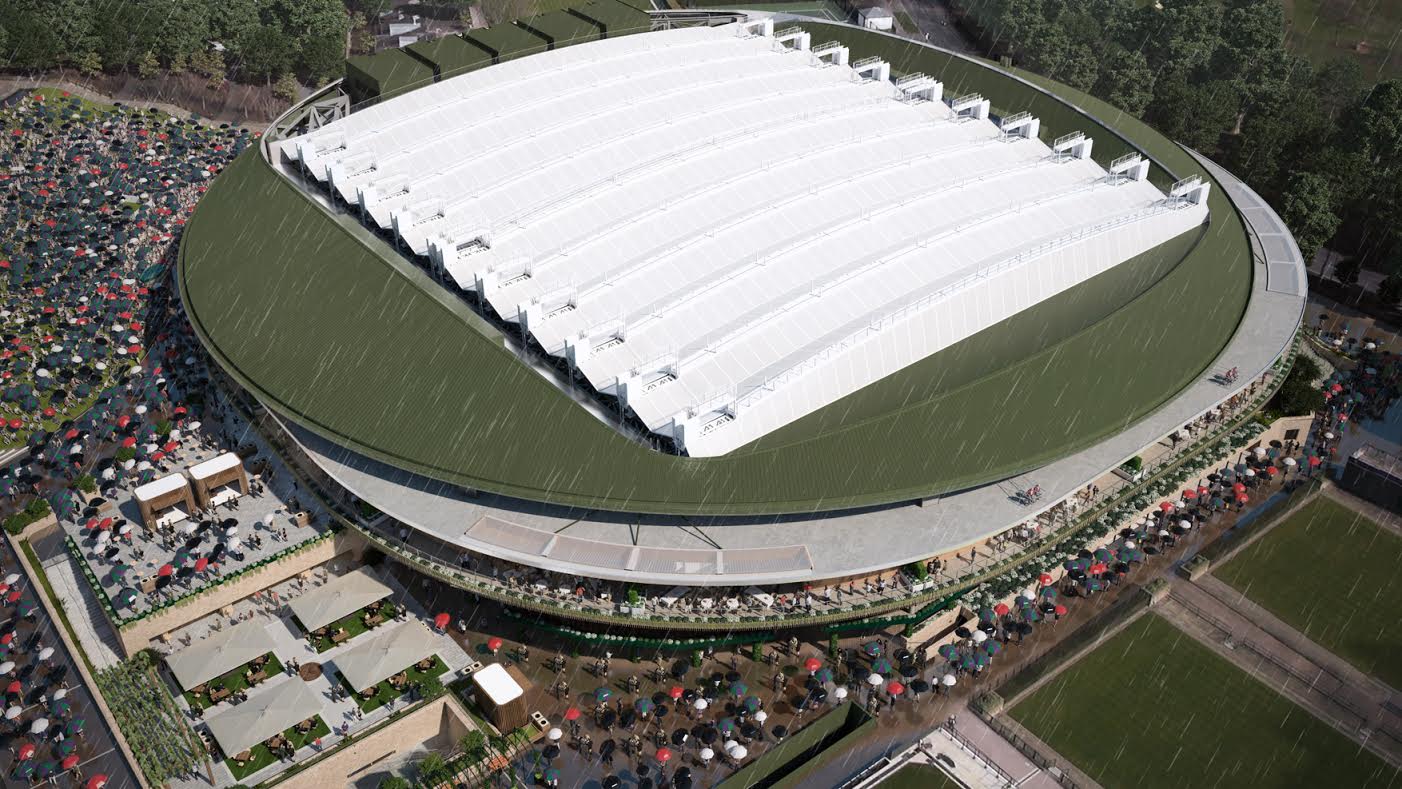 Sheffield-based engineering group, SCX, has completed the first year of a three-year project to construct a retractable roof for the new No.1 Court at The All England Lawn Tennis Club (AELTC).

SCX Special Projects, part of the SCX Group, was awarded the contract after successfully designing, manufacturing and installing a similar retractable roof over Wimbledon’s Centre Court in 2009.
The new folding roof over No.1 Court is part of a significant redevelopment that will increase seating capacity and transform the grass court arena into one capable of guaranteed play in all weather conditions.
When this year’s Championships start on July 3, the 11,500 spectators in No.1 Court will see the extent of the ongoing redevelopment.
Work is on schedule for completion in time for the 2019 tournament.
SCX Special Projects was selected for its expertise and flair in precision engineering and skills in kinetic architecture.
SCX Group Managing Director, Simon Eastwood, said:

We are very proud to have built the original retractable roof on Centre Court, and subsequently to have been chosen by the AELTC to work on No.1 Court.
It’s testament to the successful engineering solutions and skills we used first time around that we were in a position to embark on the second project. SCX is now firmly one of the leading builders of kinetic architecture in the UK.

The new roof has already used more than 3,500 tonnes of steel, the equivalent of 295 buses or six Airbus aeroplanes.
In a comment to The Times, Philip Brook, Chairman of the AELTC, said:

It’s a very complicated project. It took three years to put a roof on Centre Court and it’s much the same this time around.

SCX Special Projects has again devised a concertina design using transparent Gore Tenara (a type of Gore-Tex fabric), which is stretched between 11 steel trusses, with two main sections that meet in the middle. It can be deployed or retracted in around eight minutes.
SCX is responsible for design and supply of all the mechanical and electrical equipment, and also for the construction of all the components that make up the moving sections of the roof.
Leading sports design practice, KSS, was appointed by the AELTC to provide a full range of architectural and design services for the redevelopment of No.1 Court.
For further details on the services offered by KSS and other signature projects that the practice has delivered to date, check out their SVB Directory online listing at: http://sportsvenuebusiness.com/index.php/2017/02/21/kss/
You can watch a video showing the latest progress online at: http://sportsvenuebusiness.com/wp-admin/post.php?post=4027&action=edit 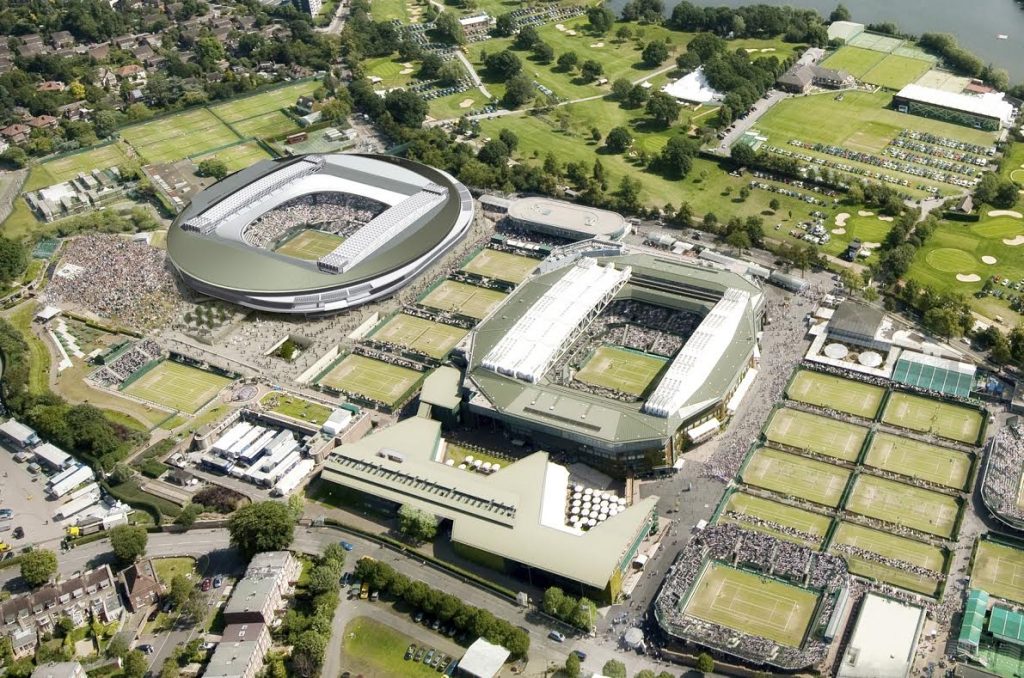 IMAGES: Above & main: NOT A PHOTOGRAPH. Computer generated image of an aerial view of the roof on No.1 Court. TO be completed by 1919. At The All England Lawn Tennis Club, Wimbledon. Credit: AELTC/KSS Design Group Ltd.