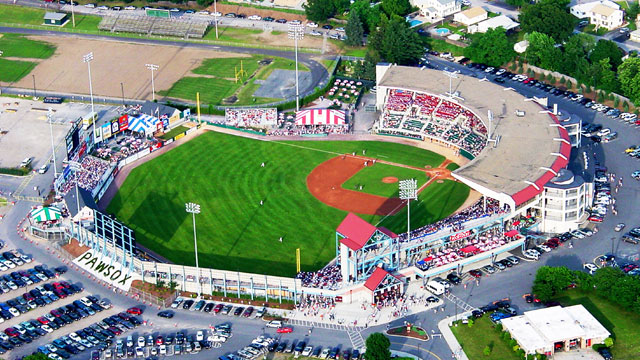 The Pawtucket Red Sox have announced the creation of “Prospect Development Group: A Real Estate Development Arm of the PawSox.” This entity, which will exist separate and apart from the PawSox organisation, will be created by the team in response to and in support of Mayor Grebien’s exciting “Pawtucket’s 20/20” vision that was announced just over two weeks ago, as well as suggestions made by local business leaders and elected officials who are eager to see private investment in the city, and a new ballpark that will spur development for Pawtucket and Rhode Island as a whole.

Image: The current home ground of the PawSox, McCoy Stadium, celebrates its 75th anniversary this year.