Allied Esports, the world’s leading network of esports venues, together with Esports Arena have announced plans for a new dedicated esports venue to be developed at Luxor Hotel and Casino on the famous Las Vegas Strip.

The new Esports Arena Las Vegas, scheduled to open in early 2018, will become the first permanent esports venue on The Strip, and will be the centrepiece of Allied Esports’ growing global network of esports properties spanning North America, Europe and China.

Esports Arena Las Vegas will combine the best of interactive entertainment and Las Vegas nightlife, and become the global epicentre for esports experiences. With design and programming contributions from Allied Esports’ enterprises around the world, its North American arm Esports Arena will take the lead in bringing the Las Vegas concept to life. Naming rights opportunities for Esports Arena Las Vegas are also being considered.

We have very ambitious expansion plans over the next two years, and when we realized that a location at Luxor was possible, we jumped at the opportunity to develop our flagship here. Just as Yankee Stadium, Madison Square Garden and Wembley Stadium are considered their sports’ most aspirational venues by players and fans alike, Esports Arena Las Vegas will be the iconic destination in esports and complement the city’s incredible appeal, attracting video gaming competitors and fans from around the world.

Esports Arena is working with Luxor and renowned design firm YWS Design & Architecture to transform the space currently occupied by a 30,000sqft nightclub into a multi-level arena complete with a competition stage, LED video wall, telescopic seating, daily gaming stations, a robust food and beverage offering, and state-of-the-art streaming and television-quality production studios. The arena will provide a ready-to-go championship destination for tournaments, leagues and high stakes match-ups in a setting designed to deliver an unparalleled fan experience.

Our company is the leader in the entertainment industry and recognizes the exciting growth in esports. With this partnership, we will introduce a new experience to the market, once again elevating the city’s vast entertainment offerings.

The Esports Arena brand launched in Santa Ana, California, United States, in 2015 with the opening of North America’s first dedicated esports facility. Since then, the company has created both an online and offline social andcompetitive gaming experience that has attracted game developers, sponsors and hundreds of thousands of players and fans from the many game communities to events in Santa Ana, and reached millions of viewers around the world with its live online broadcasts and post-produced content. The first step in its North American expansion was the announcement of Esports Arena Oakland last year, which will be opening its doors in the coming months.

Esports Arena Las Vegas will be the ultimate esports environment that people from around the world will strive to experience first-hand. The operation and programming will be unique, as the rest of our locations are very much driven to engage and support local communities, while here in Las Vegas we are developing an approach that will also create excitement for the millions of visitors who come to the city every year.

Esports Arena’s expansion plans are focused on creating a market-based ecosystem for the future of esports. The company is planning to announce 10-15 Esports Arena locations in North America over the next few years and is working to address some of the challenges that exist in esports today, including a professional path for aspiring amateurs, improving team-player relations, strengthening overall player health and financial stability, and limiting barriers of entry for sponsors. 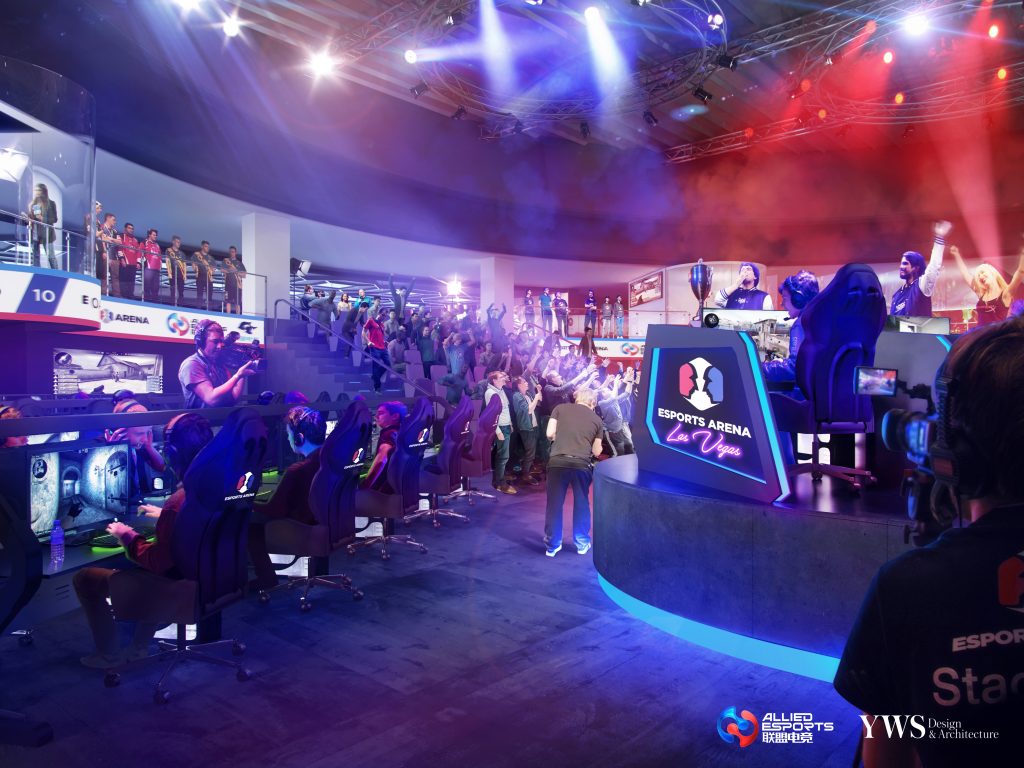