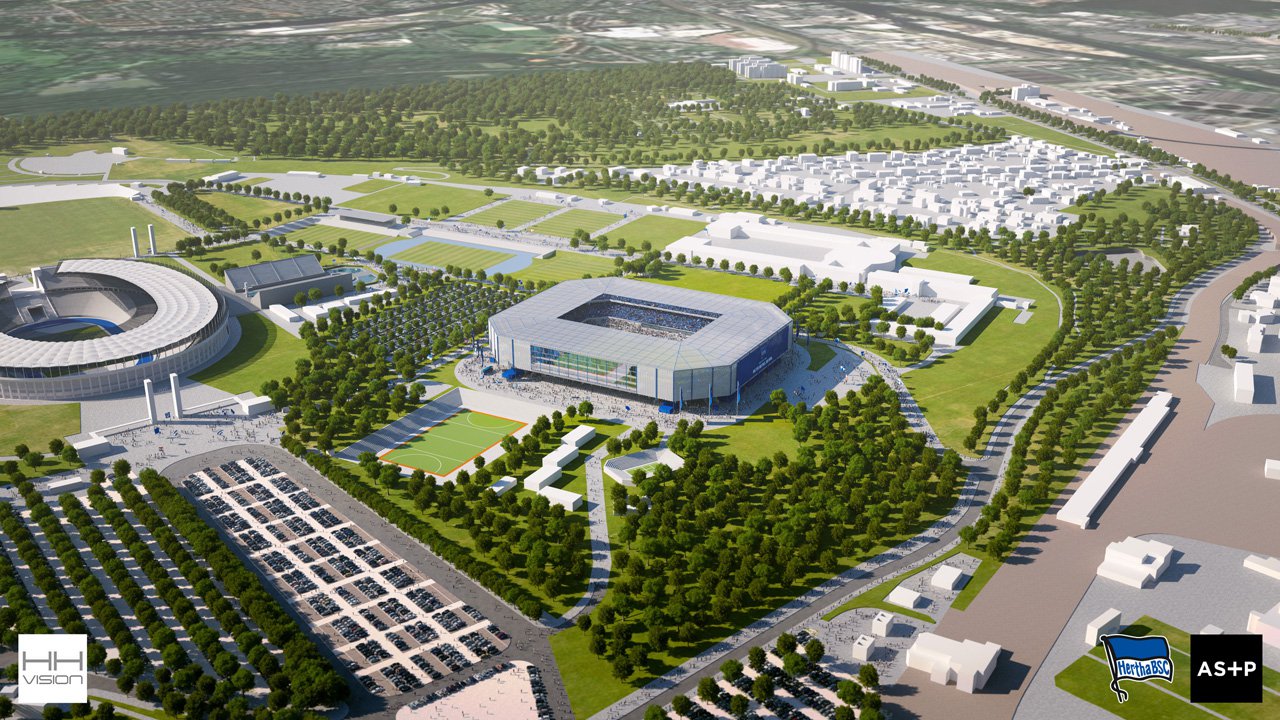 Hertha BSC have this week unveiled plans to build a new 55,000-capacity footballing arena in the Olympiapark by 2025, following the findings of a site analysis survey concerning the possibilities for a new stadium.

Speaking at yesterday’s presentation, Club President, Werner Gegenbauer, confirmed that the new stadium would be:

Privately financed, and without impacting a listed landmark.

After being commissioned by the Club, the architecture and planning office Albert Speer + Partner (AS+P) reviewed over 50 potential sites for a new stadium both inside and outside of the Berlin city boundary. The most important factors considered in this review were area, connections to public transport, local environment, public image, availability, development opportunities and risk of conflict.

• Many of the sites, which seemed suitable at first, were eliminated and the remaining places were reduced down following a detailed analysis process
• The Olympiapark fills all the requirements presented by the club. The park, a large area overlooked by the Olympiastadion itself, is unanimously the best of the areas chosen by the club

Hertha is the last remaining club in the Bundesliga without their own football stadium. The capacity utilisation of the Olympiastadion is 64%, whereas the rest of the League averages 92%.
Picking up on this, Gegenbauer said:

In the Bundesliga world, which represents 95% of our matchday operations, the stadium is no longer sustainable and suitable in the long run. As a team and a medium-sized company, we do not want to carry the drawbacks of an ageing stadium that is too big.

The current rental agreement with the Olympiastadion runs out in 2025, and will remain Hertha’s home ground until then. 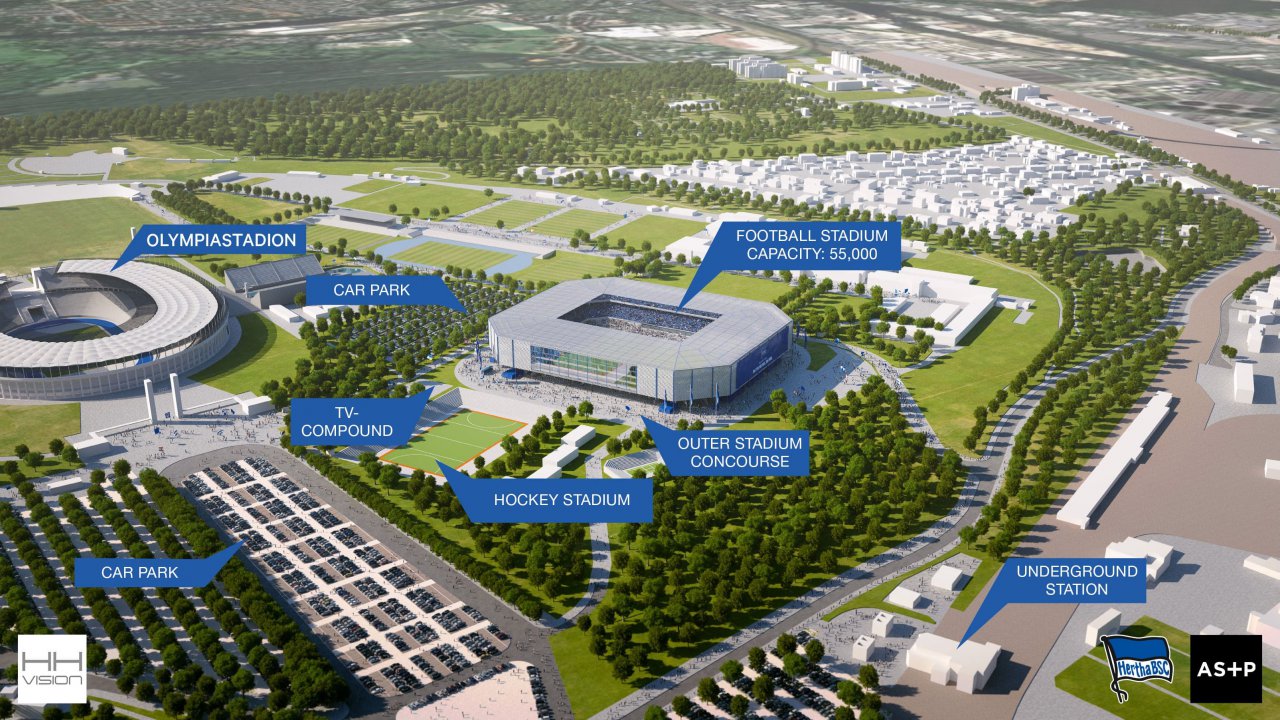 An alternative to the proposed plans would see the club build a new arena in Brandenburg Park in Ludwigsfelde, nine kilometers south of the city border and 18 minutes on the train from Potsdamer Platz. However, the Club strongly believes that the Berlin State Federal Government will support the plans in the Olympiapark.

Hertha BSC strongly believes the Berlin Federal Government knows the necessity of a new stadium. Hertha should not be deprived of a future, just because a solution could not be found for a large, listed Stadium the Club does not even own. The clear favourite is the Olympiapark, with its best and already present infrastructure.

Hertha BSC is also forced on economic grounds to look at new building opportunities. Higher capacity utilisation, higher spectator numbers, more profitability and more attractive marketing possibilities. Only then we will be able to stay competitive economically and on the pitch. In this way a small business cannot be obstructed by politics.

Hertha BSC is going to offer an incredibly intensive stadium experience from 2025, just like every other Bundesliga clubs – perhaps even more so. The fans will be very close to the pitch, high rising and loud. There will be atmospheric standing areas and all the attributes of a modern stadium.

The next step will see all stakeholders working together with the architecture and planning office of AS+P to create a manageable estimate, which will be calculated based on the site itself. Hertha BSC will then discuss the plans with the appropriate authorities and politicians.
Images, courtesy: Hertha BSC / AS+P