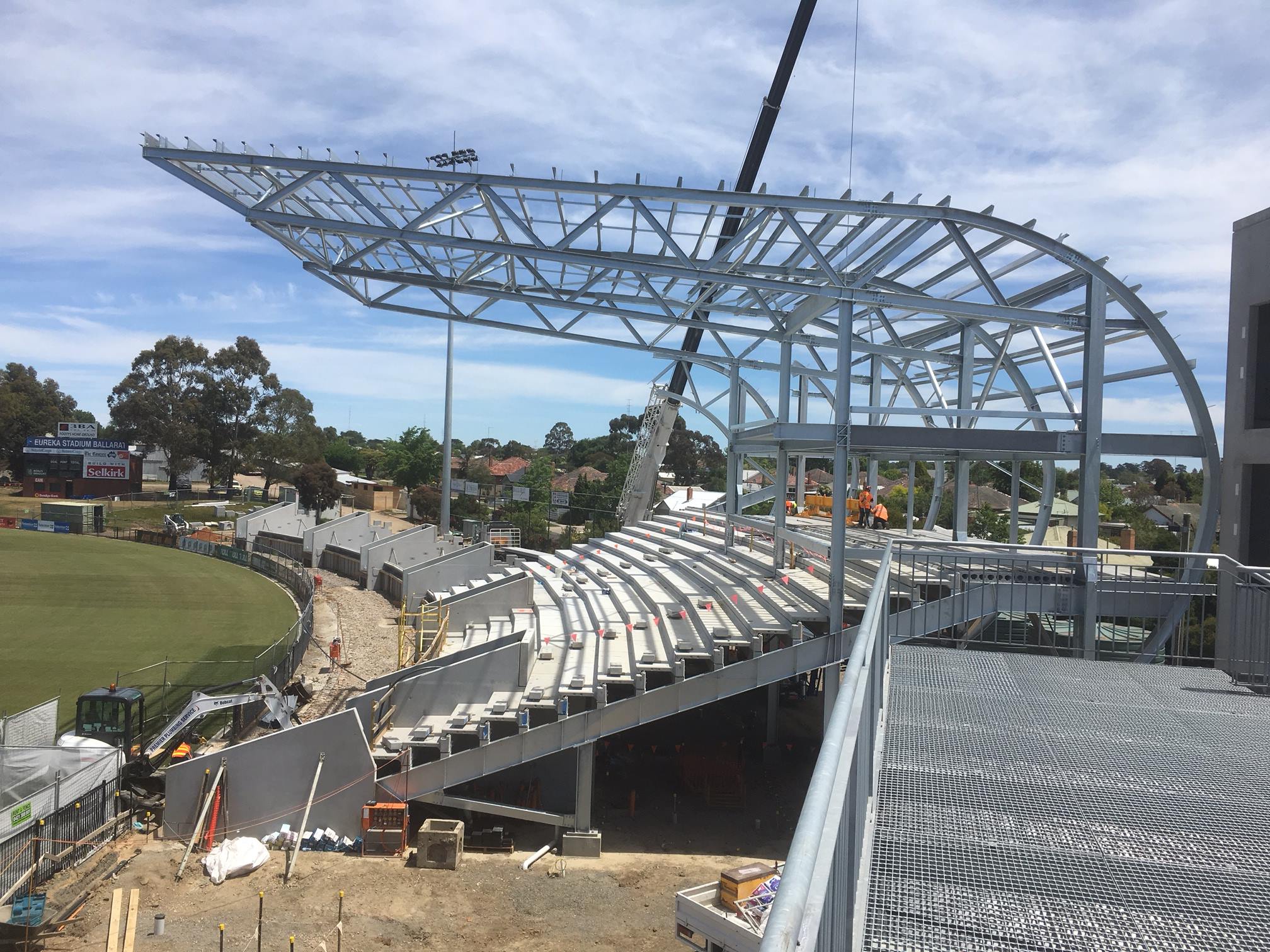 Eureka Stadium in Ballarat is quickly taking shape as a leading, regional stadium, ready to host the AFL’s Western Bulldogs from the start of the 2017/18 season, with construction work well on track.

…construction is now 30% through the Western Grandstand and approximately 60-70% through the Eastern Stand, with the foundations and footings for the Northern Stand currently being completed.

The first phase of the revitalised precinct will deliver over 5,000 undercover seats and a total stadium capacity of over 11,000 spectators, and Sports Venue Business can confirm in the very latest stadium development news, that Camatic has been announced as the winner of the contract to supply 5,000 seats to Eureka Stadium as part of the A$15m redevelopment project.

Melbourne-based architectural firm Peddle Thorp are the lead architect on the project, with Atelier Projects working together with Nicholson Construction under a JV agreement as the Main Contractor. 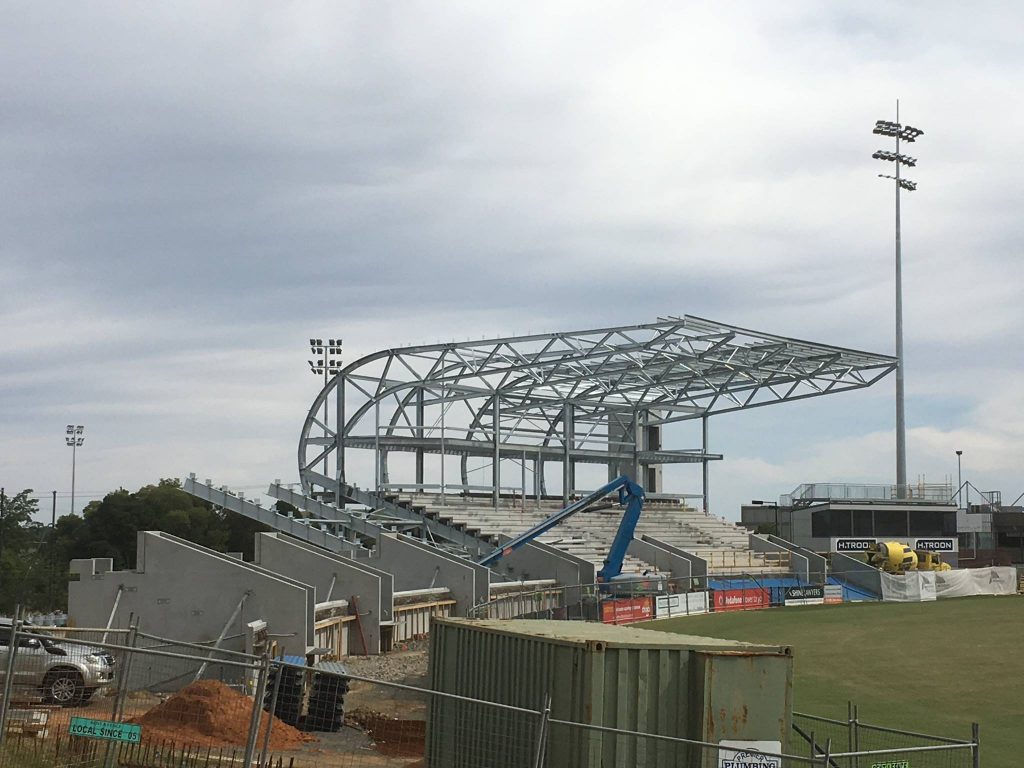 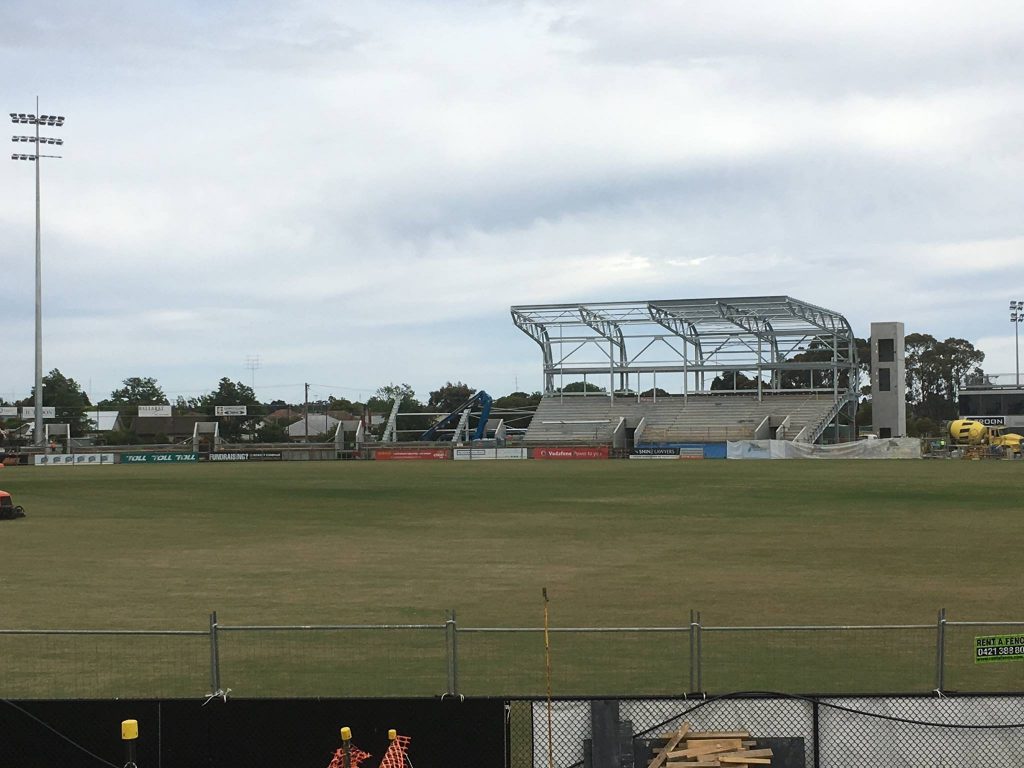 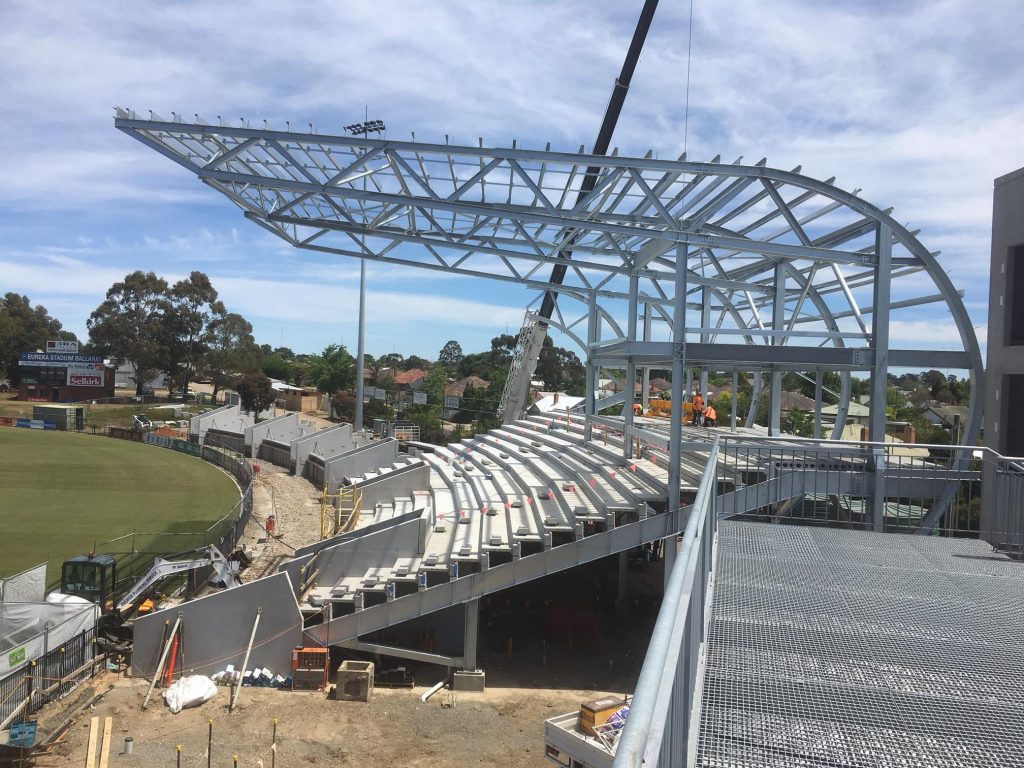 The Victorian Government committed A$15m to upgrading Eureka Stadium to bring it up to AFL standards and pave the way for the Western Bulldogs to play in Regional Victoria.

Key components of the works include:

The project is expected to create 38 construction jobs, attract an extra 1,500 participants to stadium activities each year, draw another 21,000 visitors to Ballarat each year and increase annual tourism spending in the city by up to A$3.6m.

The Victorian Government is providing A$31.5m towards the Eureka precinct redevelopment, which includes not only upgrading Eureka Stadium, but also works at the Wendouree Sports and Events Centre, the C.E. Brown Reserve redevelopment and the Ballarat Showgrounds.

It is also planned that the new Eureka Stadium will cater for international acts and tournaments, bringing events to the region that would otherwise have to be held in Melbourne or Geelong.

Member for Buninyong, Geoff Howard, said of the project:

Sporting precincts that are world-class like the Eureka Precinct in Ballarat, bring visitors, sporting clubs and fans to our region – and that’s a good thing.

Speaking about the appointment of Nicholson Construction, Member for Wendouree, Sharon Knight, said:

[The] Council is very pleased that Ballarat’s own Nicholson Construction has been awarded the $14 million contract to build our Eureka Stadium, adding new jobs and keeping this significant State Government investment in our local economy.

Construction on the Eureka Stadium redevelopment commenced in July 2016 and is slated for completion in time for the start of the 2017/18 AFL season.

After an aggressive ECI phase, in which Atelier’s Andrew Poulton led the combined Atelier/Nicholson Construction JV as Project Manager, construction of Eureka Stadium’s grandstand got underway in July 2016. Tino DeGiusti is the Project Manager leading the JV Construction Team.
The state election promise to host AFL games at the grounds by 2017 is running on an “ambitious timeline”, Ballarat City Mayor Des Hudson said. The project must be completed by May 27, 2017, to fulfil the fixturing requirements with the AFL.

The JV will spend 75 per cent of the contract sum – A$14m – in Ballarat and is projected to create 38 jobs in construction. The next stage of the project will involve upgrading stadium seating, a video and electronic scoreboard and change rooms and match-day facilities to AFL standard.

Minister for Regional Development, Jaala Pulford, said the stadium would need the “tick of approval from the AFL by August or September”. Ms Pulford added that the facility was “a fair bit more than a football field. There’s so much more to this than the stadium and the AFL game and enormous benefit to the clubs who play here all the time”. 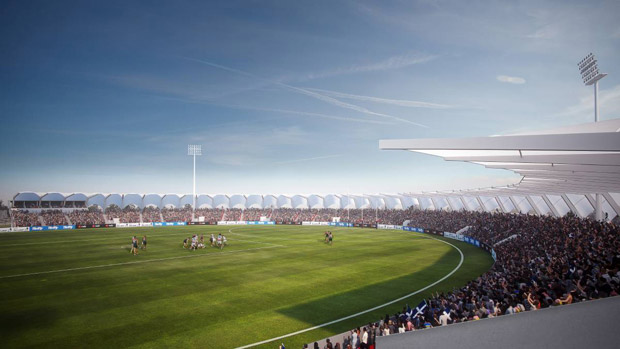