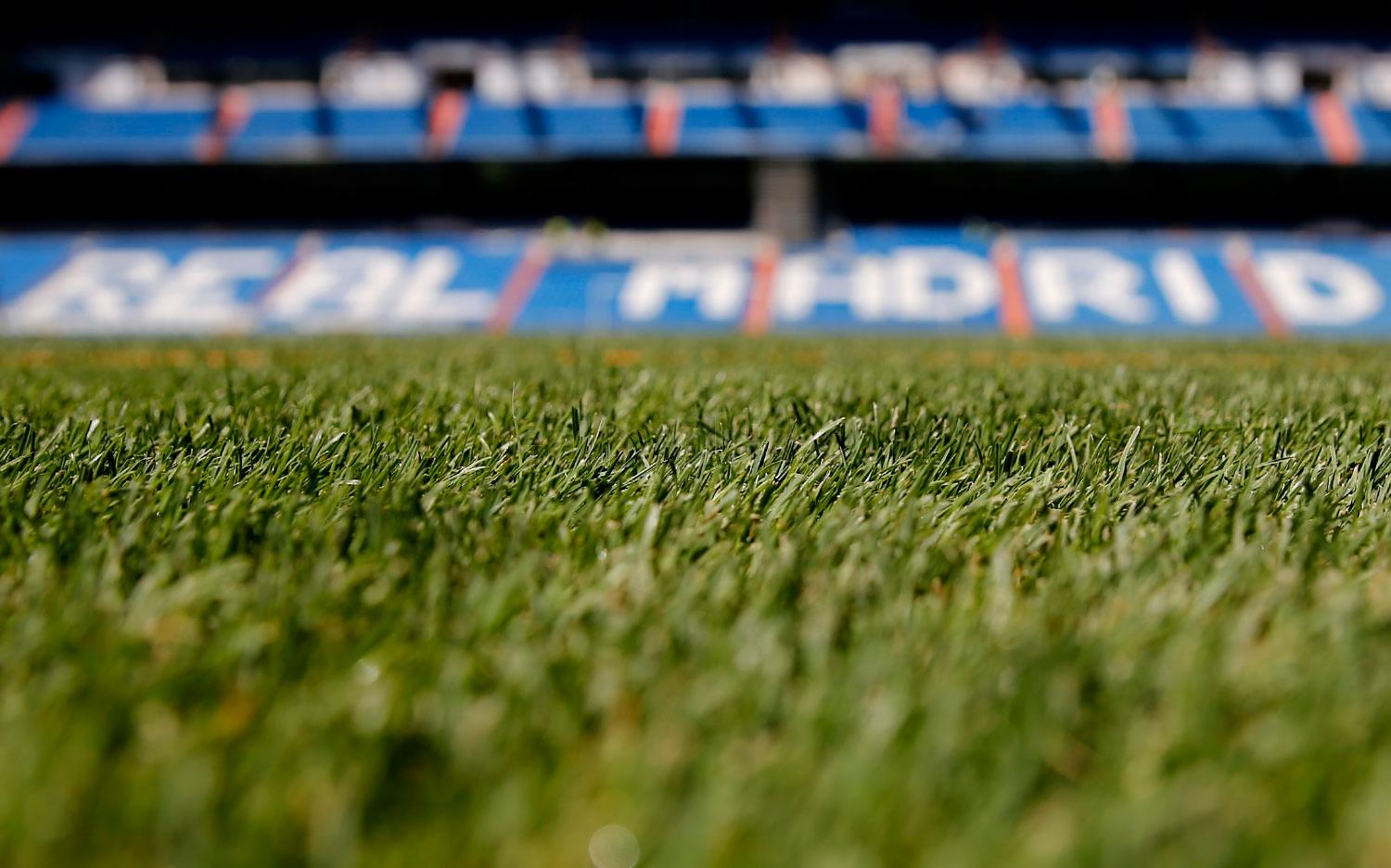 Katie McIntyre speaks with Paul Burgess, Head Groundsman for Real Madrid CF, who recently topped a poll as the most influential figure in the turf care industry by Turf Business magazine readers and was not only named the first European CSFM but also awarded the Environmental Certification for both the Santiago Bernabéu Stadium and training grounds at the STMA.

KM: Firstly, congratulations on being named the ‘No.1 most influential figure in the turf care industry’ by Turf Business and also on being named the first European CSFM and awarded the Environmental Certification for both Real Madrid’s Santiago Bernabéu Stadium and training grounds at the STMA. How does it feel winning these types of awards?

Winning awards mean you’re doing something right, this is always a nice thing to be told and it’s great to get recognition for your work, this last award was especially pleasing because it was voted for by my peers. I’m in a very fortunate position and I want to share that with people, help people and give something back and I believe this award represents those values.

KM: As Head Groundsman for Real Madrid CF, you are responsible not only for keeping the turf at Santiago Bernabéu Stadium to an elite standard, but also the practice pitches at the club’s world-class training facility. Can you tell us a little about the main challenges you face on a daily basis and how you overcome them?

I’m in charge of the Bernabéu, probably one of the most challenging stadiums in the world to grow grass due to its size, age, diverse usage, tight event turn arounds and extremes of weather. Our training facility is without doubt the flagship in professional training facilities with 14 pitches, high end landscaped areas and of course all the building facilities the site has to offer. We have 15 professional teams using the site and keeping everybody happy and keeping the place in top conditions all year round with the climate and usage is very demanding.

KM: What role does technology play in keeping the playing turf in perfect condition? And what kind of turf solution/s do you have installed at Bernabéu and the training centre? i.e. natural grass/hybrid/artificial, a sub soil aeration/heating system, etc?

We use grow lights in the stadium to try and combat shade, I was actually the first to purchase such a system to treat a whole pitch back in 2004.
The Bernabéu is in its 2nd year with a Mixto system, again a first for a major stadium, due to events we have to turn the pitch around in 10-14 days which means returning, conventional turf we had been working with and with reasonable success but once I found a hybrid system I could work with we developed that into a turf.
In the training ground, we have 2 fibre elastic pitches and 1 Air Fibr, the club put a huge emphasis on player injuries and we try to deliver pitches at the softer end on a clegg.
When you see the amount of injuries some teams are getting there are question marks over the systems they use. Some systems are harder than others and they increase the possibility of injury. There are systems that are great for the Groundsman but maybe not so great for the end user, we install systems with the end user in mind and not the Groundsman, this is something I have insisted on. Aeration is done every 7-9 days again with player comfort in mind, all pitches have some form of pitch protection either with heating or covers. 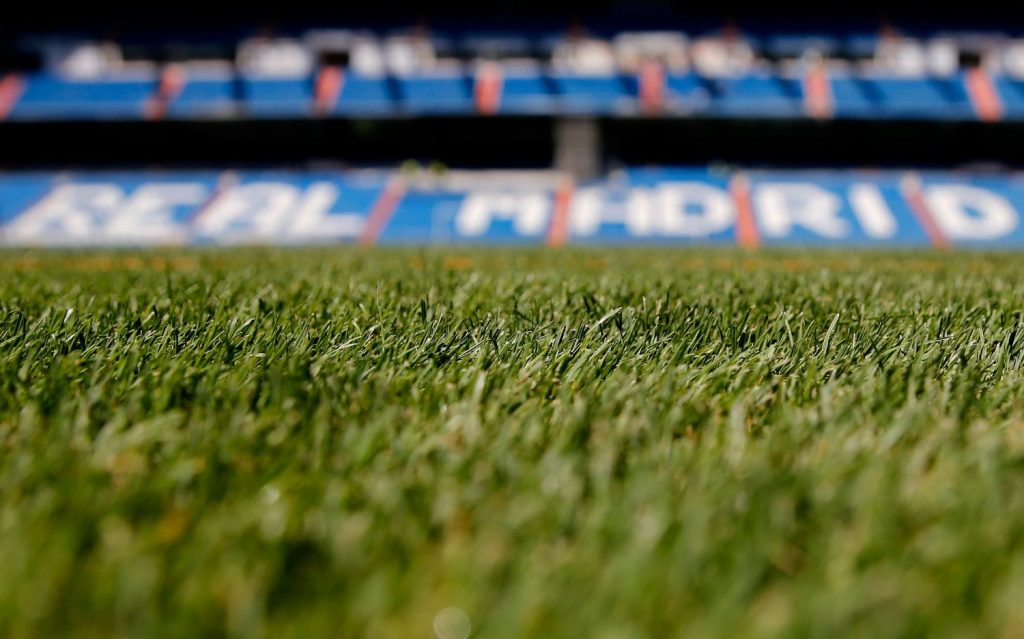 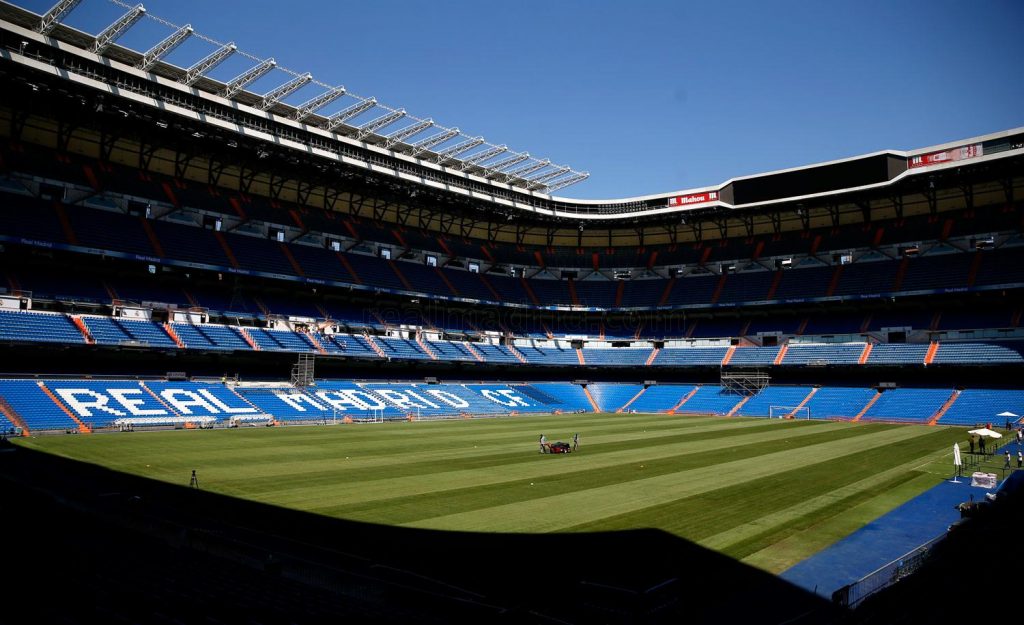 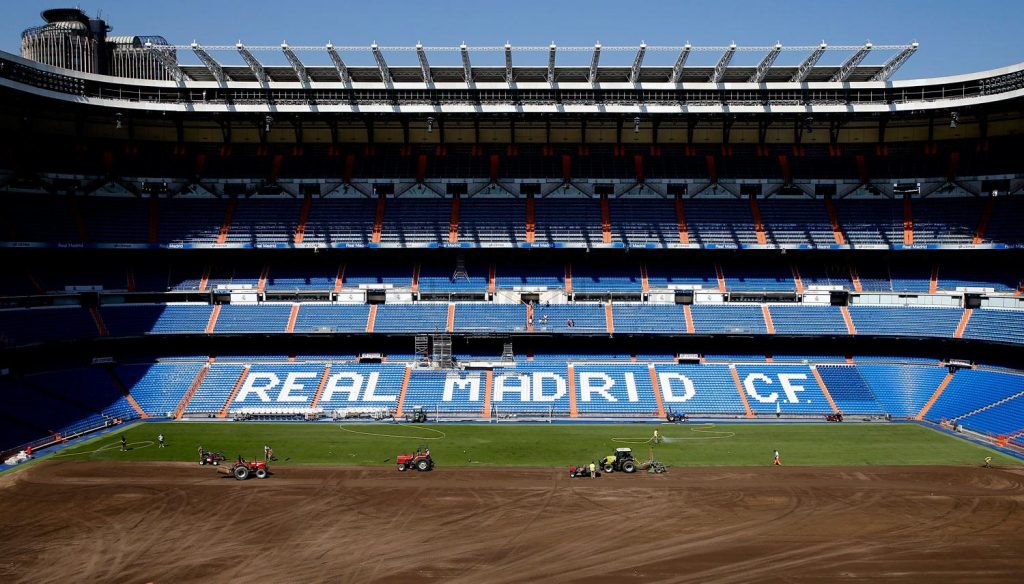 KM: What are the key elements of your Pitch Management plan? And how important is it to have a concise plan in place?

In all honesty, I don’t really have a great deal of planning. No one day/week is the same, so you react to the weather and ground conditions, some things you can plan but if you want to use a book to maintain a pitch you will come unstuck.

KM: As a UEFA pitch consultant, keeping yourself up-to-date regarding all the latest technological advances, best practices, etc., is a must. How do you keep yourself ‘in the know’ so to speak?

I totally agree, I’m very fortunate that the club support me in this. I attend the STMA and GIS shows in America. I also attend Saltex in the U.K. And usually do 2 facility tours per year, plus I get to do the pre season tour with the team where ever in the world that is. This, along with speaking with various Groundsmen, and my own research keeps me well informed.

KM: You have obviously witnessed many advances in the Turf sector over the last decade. Which do you feel have had the biggest and most important impact? And what kinds of developments would be most beneficial to the industry moving forward?

In the past, it was [grow] lights and field top makers, more recently it was hybrid returf solutions, and now we have UV light to treat diseases (we have purchased 3 machines and are the first major venue and major training facility to go pesticide-, fungicide- and herbicide-free).
Going forward, I believe the Groundsman must adapt, think more of the end user when setting up a pitch, become more commercially aware and assist in making stadiums more multi use and financially viable (not just ‘get off the grass!’).
I believe products, systems and technology have all advanced, but we as Groundsmen have stood a little still. I do believe they all do a good job in sometimes difficult circumstances but I don’t believe we are moving forward at any speed.

KM: If you could give one piece of advice to an industry colleague or someone aspiring to become a Head Grounds Manager, what would it be and why?

Work hard, study, fight, think outside the box, be creative and ambitious.

KM: What are your thoughts regarding knowledge-sharing between industry peers?

For me this is very important. I have an open door policy here and anybody can speak with me, no secrets, not guarded. I don’t believe this is the case everywhere, but I hope this develops.

KM: Are there are any current hot topics &/or best practices that you would like to comment on?

This year, I got La Liga to buy into the idea of all clubs giving an information sheet about the pitch 150 minutes before kick off. This contains the following information: game date and competition, last pitch use, pitch size, pitch type, grass type, is it hybrid, if so what type, hardness and rotational testing, ground temperature, watering schedule and weather for game day and pre game day.

This gets passed to both teams, media and referee, it creates transparency and makes teams and Groundsmen accountable, it helps see how and where injuries occur, it gives media information which stops speculation and keeps things facts based.
We also do this for the Champions League on a voluntary basis and I believe they will roll this out to every game in the future. I want to see this rolled out in all the other leagues too.

Huge thanks to Paul Burgess, Head Groundsman, Real Madrid CF, for taking the time out of his extremely busy schedule to do this interview. You can follow Paul on Twitter at: @paul_pburgess 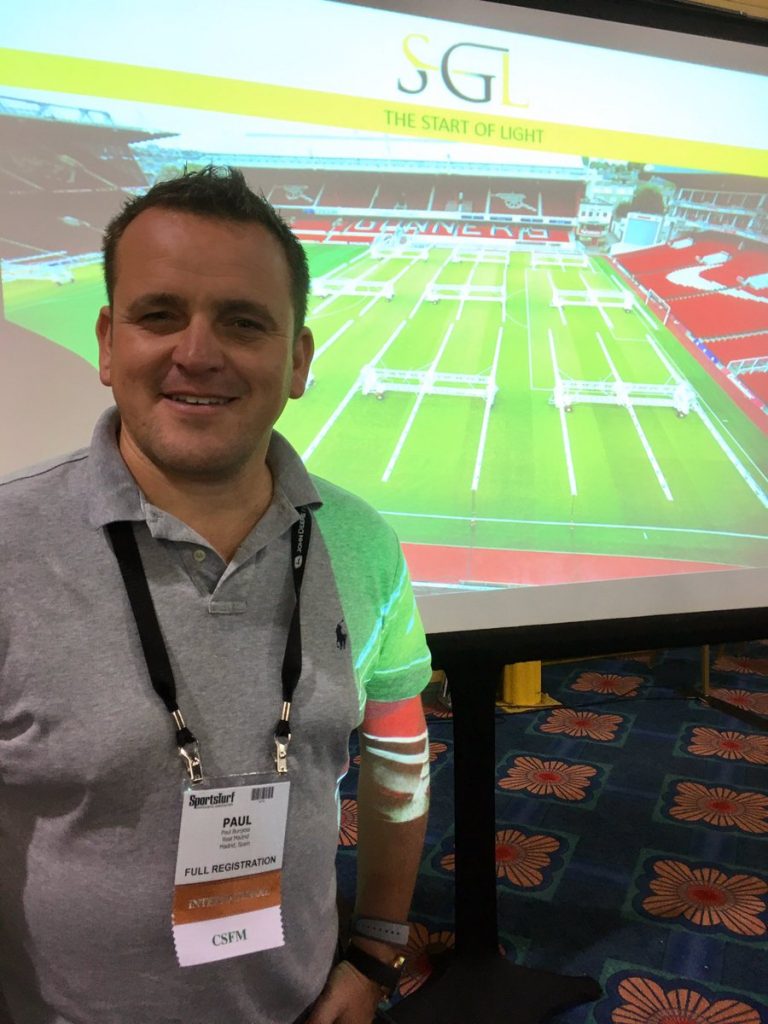 Paul Burgess was recognised as the first European CSFM and awarded the Environmental Certification for both the stadium and training grounds at the STMA 2017. Image, courtesy: Twitter

On January 31, 2014, Florentino Pérez unveiled what will be the Santiago Bernabéu of the future. On that day, the President of Real Madrid announced the winning project of the International Tender for Architectural Ideas, which was that of the joint candidature of GMP Arquitectos and L35 Ribas.
Pérez explained:

Once again we must take on a challenge that will change our history. In this stadium a large part of our legend was born and our greatness will continue to grow here.

The winning design included the construction of a spectacular outer-skin, which will engulf the stadium. The eastern façade will feature a giant screen that will be used on special occasions to show the interior on the outside. The skin will come alive through an LED system, allowing the Bernabéu to communicate with its surroundings.

The stadium will be equipped with the latest technology: information and communication systems, 360-degree screens positioned above the stands and state-of-the-art management systems. It will be safer and more comfortable for spectators. The project has taken into account the sustainable use of energy.

The plan includes the construction of retail, leisure and restaurant zones, a hotel and underground parking. The Bernabéu will be transformed and the museum improved. The retractable roof will allow the stadium to be used for various sporting events. Moreover, the nature of the design will allow its construction to be carried out without interrupting the normal sporting calendar.

We want the Santiago Bernabéu to become the best stadium in the world. The new twenty-first century Bernabéu will continue to be a hallowed ground and it will remain in the heart of our city and be a model and icon in world football. A Bernabéu for all our fans and members to be proud of.