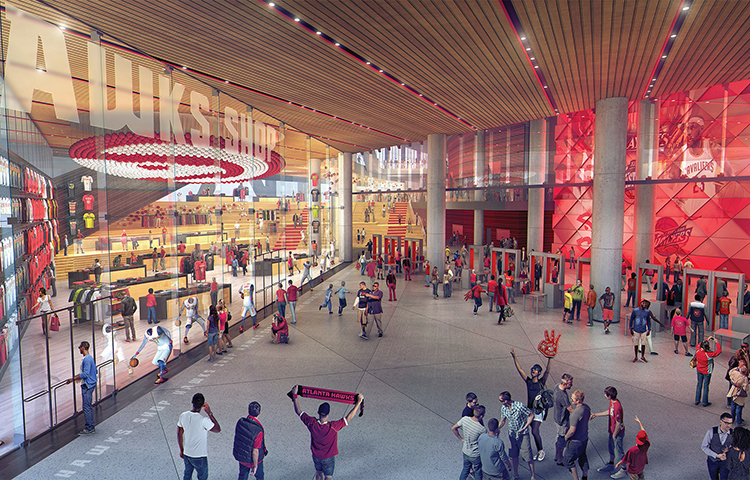 The NBA’s Atlanta Hawks have confirmed that Atlanta Joint Venture has been awarded the contract to serve as construction manager for the upcoming US$192.5m renovation of Philips Arena.

Atlanta Joint Venture (AJV) is comprised of four of the US’s premier construction companies, with two based in Atlanta: Turner Construction Company, AECOM Hunt, SG Contracting and Bryson Constructors. Atlanta-based construction and management firm HJ Russell & Company, in association with Legends Project Development, are serving as the project management team for the project.

Our goal is to transform Philips Arena into a venue that embodies the spirit and connectivity of our great city. We are fortunate to work with these respected, industry leaders who understand Atlanta, share our passion for innovation and also place a high value on diversity in their work.

HJ Russell & Company is proud of being chosen as one of two project management firms to oversee the construction of Emory Healthcare Courts in the new state-of-the-art Emory Sports Medicine Complex along with helping to manage Philips Arena’s impressive renovations. As an Atlanta native and lifelong Atlanta Hawks fan, it’s very exciting to play a significant role in renovating Philips Arena and building a space and place where our hometown team will prepare and train to compete against any team in the NBA. 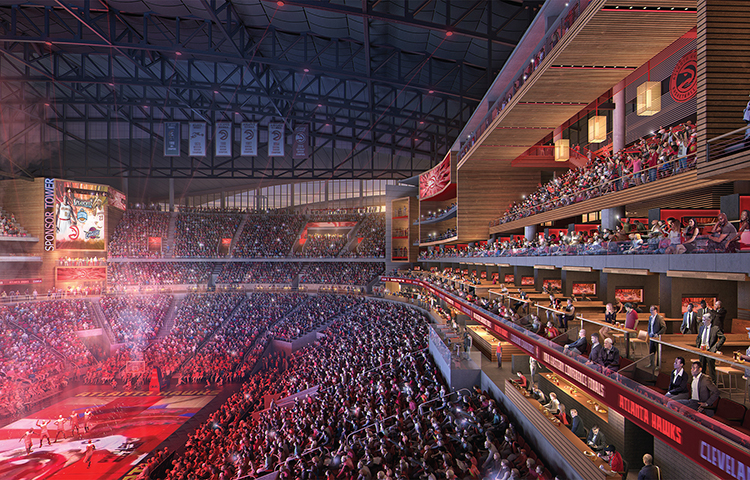 With more than 200 employees that call Atlanta home, Turner is honored to be part of the team that will renovate Philips Arena, a facility rooted in the culture and community of downtown Atlanta. Our people are committed to actively serving and improving our community, and making the Hawks and City of Atlanta’s vision of a world-class facility a reality.

AECOM Hunt is proud to be part of the Philips Arena renovation and delivering the Atlanta Hawks a downtown home that they and the City of Atlanta can be proud of. Our experience delivering world-class sports venues is second to none, and we look forward to partnering with these other leading firms on the project.

SG Contracting will provide on-site management services and support staff. Based in Atlanta, SG spearheaded the construction of McCamish Pavilion and focuses on construction projects in the greater Atlanta region. 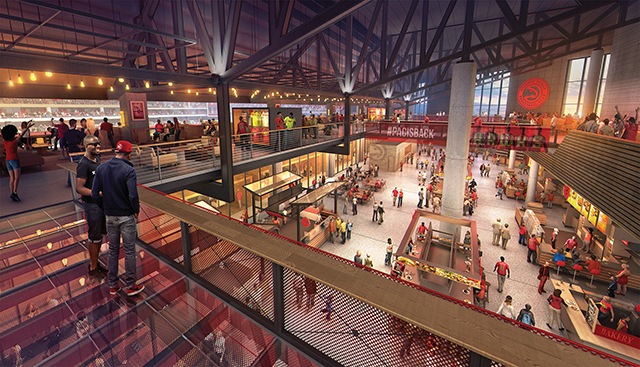 We are excited that Atlanta Joint Venture will be spearheading our construction process as we look to transform the Arena into an attraction for all Atlantans. The joint venture represents the best of Atlanta local construction and sports renovation work nationally and we look forward to working together.

Located in East Point, Bryson Constructors will provide management support and field support staff. With over 25 years of experience, Bryson’s portfolio includes work at Hartsfield-Jackson Atlanta International Airport and in the educational, industrial and commercial spaces. In 2009, Bryson was honoured by the National Association of Minority Contractors as ‘Georgia Contractor of the Year’.

The Hawks first announced their plans for the US$192.5m renovation of Philips Arena last month and also confirmed that HOK’s Sports + Recreation + Entertainment practice will deliver the designs.