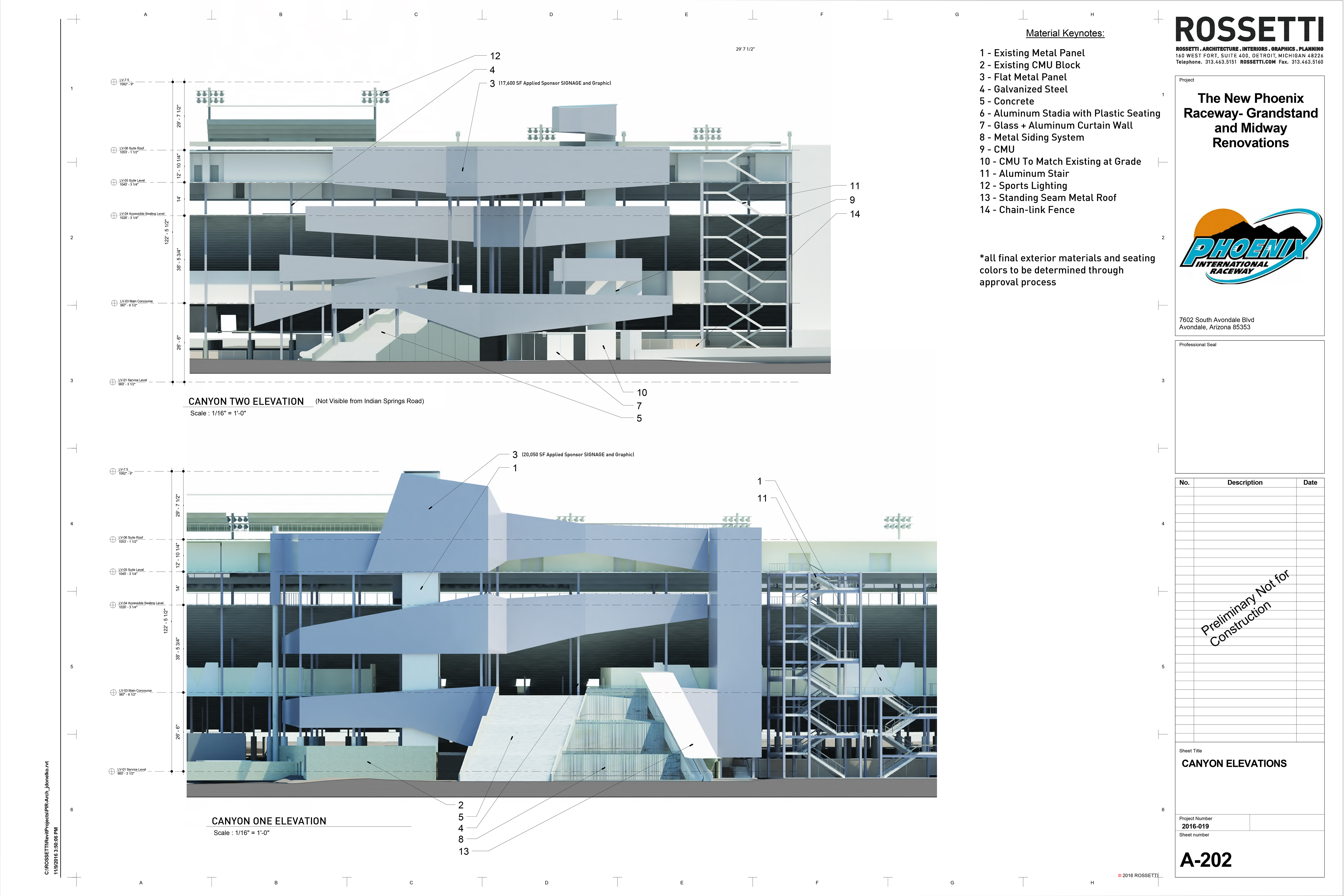 International Speedway Corporation (ISC) has confirmed this week that its Board of Directors has approved a multi-year redevelopment project to elevate the fan and spectator experience at Phoenix Raceway (PIR), which is expected to focus on new and upgraded seating areas, vertical transportation options, new concourses, enhanced hospitality offerings and an intimate infield experience with greater accessibility to pre-race activities.

The redevelopment of PIR was previously discussed as part of ISC’s capital allocation plan during its third quarter fiscal 2016 earnings conference call. The capital allocation plan, which covers fiscal years 2017 through 2021, includes US$500m of capital reinvestment in the Company’s 13 existing facilities, including PIR.

The redevelopment project at PIR – ISC’s 52-year-old motorsports venue – is expected to cost approximately US$178m, including maintenance capital and before capitalised interest. The project will contribute between approximately US$8.5m and US$9.0m in incremental EBITDA to ISC’s profitability in its first full year of opening. The project is expected to commence in early 2017 and be complete in late 2018.

Specifics concerning the PIR redevelopment project scope, capital investment and returns will be released at a later date, as details are finalised, and further discussed on ISC’s fourth quarter fiscal 2016 earnings call in January 2017.

Phoenix Raceway provides a one-of-a-kind setting for some of the most exciting and thrilling races that the sport has to offer. This project will further enhance that experience and ensure that the venue continues to be a treasured destination for race fans.

In addition to fan and spectator areas, PIR is exploring improvements for competitors and industry personnel, particularly key structures located throughout the infield.

We are energized about the changes that we are bringing to Phoenix Raceway and we think the fans will be too. The race track itself will remain unchanged as one of the most exciting circuits in motorsports, but we will modernize much of the venue and provide our fans with a high-quality, leading-edge experience.

Additional details on the redevelopment are scheduled to be announced in January. 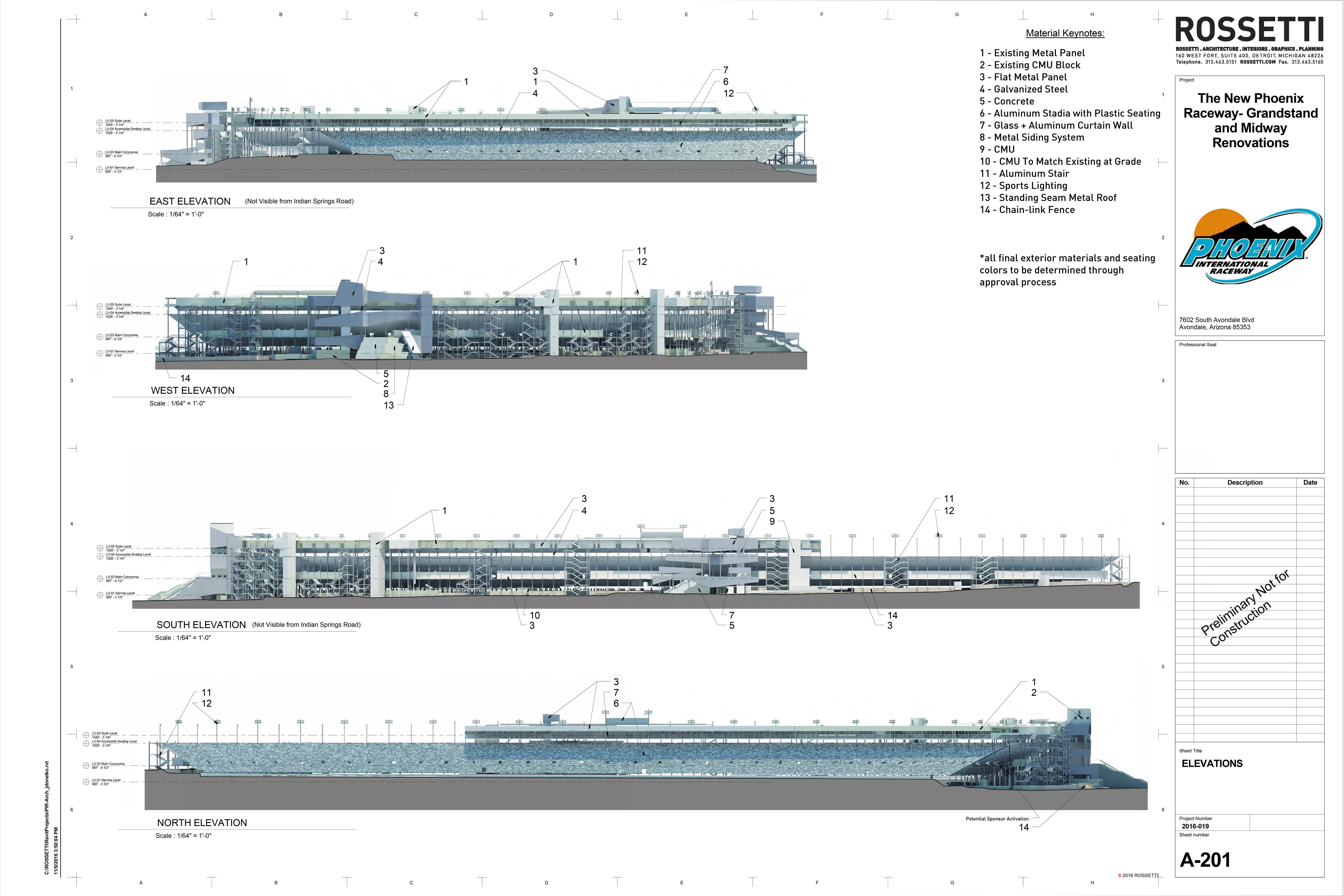 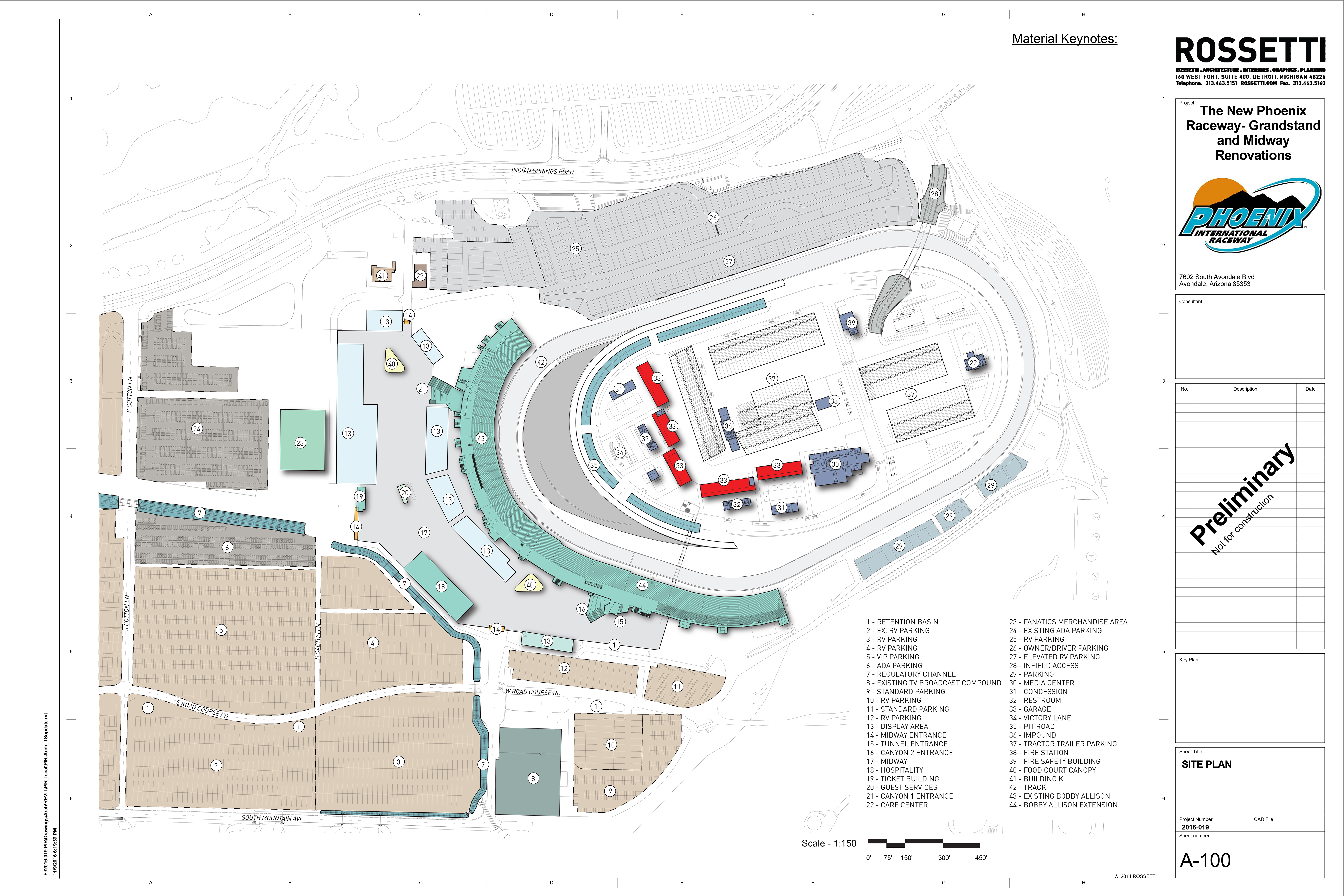 The Company also owns and operates Motor Racing NetworkSM, the nation’s largest independent sports radio network and Americrown Service CorporationSM, a subsidiary that provides catering services, and food and beverage concessions. In addition, the Company has a 50 percent interest in the Hollywood Casino at Kansas Speedway.

For more information, visit the Company’s website at: www.internationalspeedwaycorporation.com

Since 1964, Phoenix International Raceway has been the premier motorsports venue in the Southwest. Founded as an open-wheel racing mecca, PIR is proud to once again host the Desert Diamond West Valley Phoenix Grand Prix Verizon IndyCar Series race under the lights in April. Phoenix is the only track in the West to feature two NASCAR Sprint Cup Series weekends a year, beginning with the Camping World 500 race weekend in March 17-18. The schedule is anchored by the Can-Am 500 race weekend on Nov. 11-13, the semifinal race in the Chase for the NASCAR Cup after which the field is reduced to the final four championship contenders.