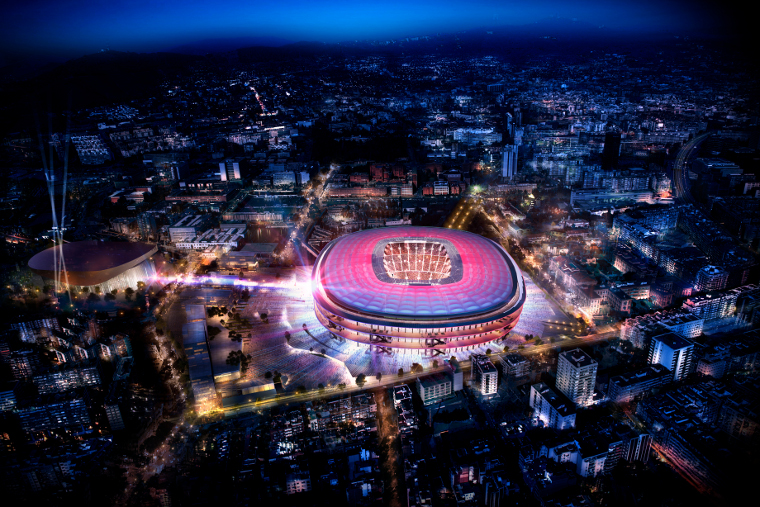 MANICA Architecture has joined the design team for the New Camp Nou stadium renovation for FC Barcelona in Barcelona, Spain, and is providing technical sport design services to the architects of the project: Nikken Sekkei + Pascual i Ausió Arquitectes.

On 8 March, 2016, FC Barcelona (FCB) announced that the Espai Barça jury had unanimously selected the bid by Nikken Sekkei and Joan Pascual – Ramon Ausió Arquitectes known as the Nikken Sekkei + Pascual – Ausió Arquitectes Team as the winner of the tender for the international design competition for the renovation and expansion of their home stadium, the Camp Nou Football Stadium (the New Camp Nou).

The jury, made up of five FCB members, three members of the Col·legi d’Arquitectes de Catalunya (COAC) and one member of Barcelona City Council, made its decision after a review of the different proposals by a technical commission in accordance with the criteria established in the regulations and requirements for the tender.

The Camp Nou, where FC Barcelona is currently based, is one of the largest stadiums in Europe. Proposal requirements included plans for complete refurbishment, a roof installation, and a capacity increase from 99,354 to 105,000 spectators. Construction work is due to start in 2017 and complete by 2021, all while remaining operational throughout.

The  design concept was selected by FCB for being open, elegant, serene, timeless Mediterranean and democratic. Also of note is its respectful relationship with its surroundings and the city: providing visual depth by creating shade and shadows along the facade, and a beautiful sense of openness at all times.

The design subtlety intervenes with the neighbourhood to facilitate circulation and achieve diverse urban usage in the Barça Campus, while simultaneously guaranteeing a clear and safe phased construction period over multiple playing seasons.

It is a great honour to have gained this opportunity to participate in the design of a new stadium, building on the legacy of the existing stadium. The main theme of the project resonates with our corporate objectives to “create meaningful public spaces” and “realise the life cycle design (LCD) of architecture”. We, as the Nikken Sekkei group, are determined to strive to produce a stadium that will be enjoyed and treasured by many.