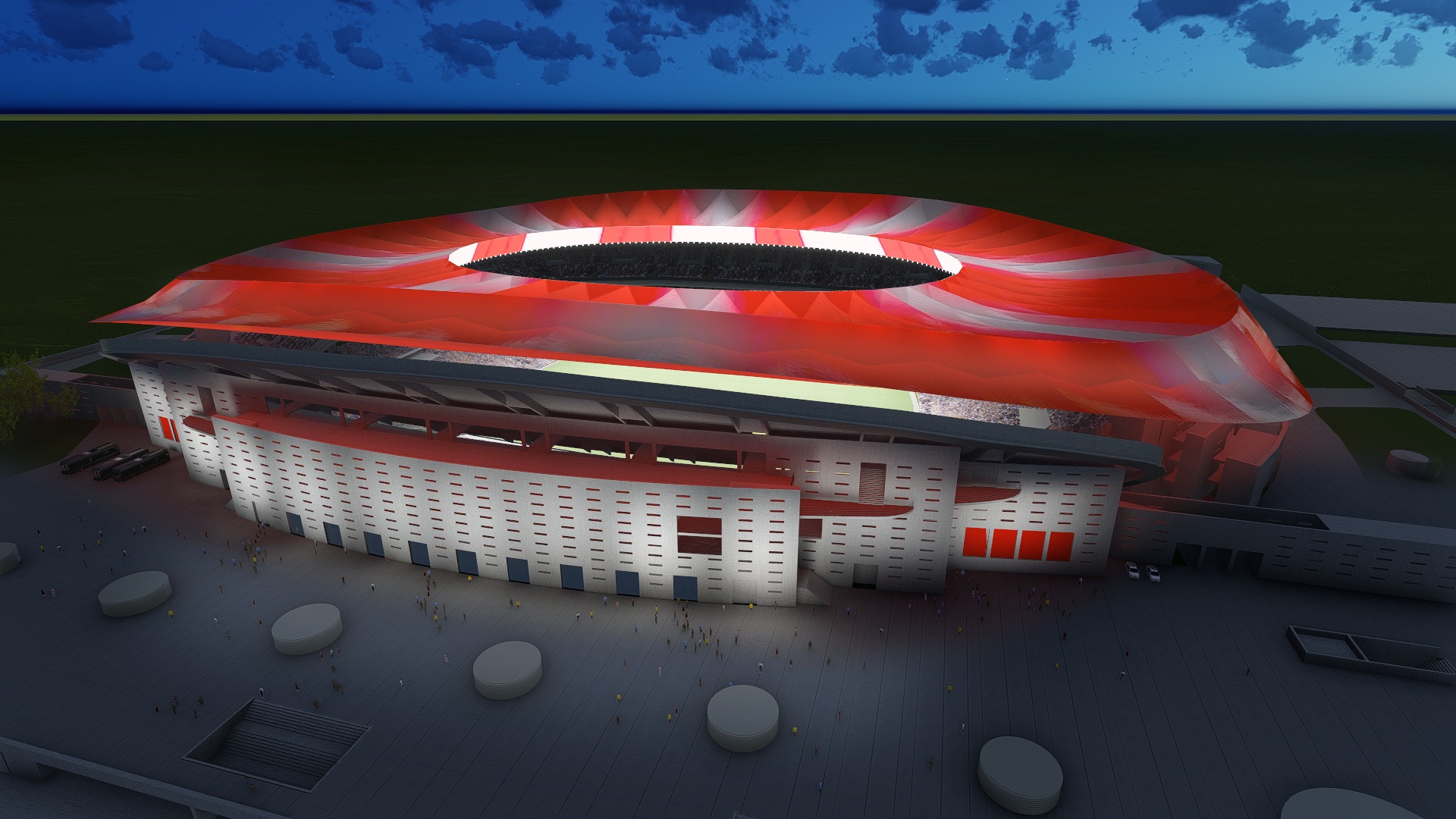 Philips Lighting (Euronext Amsterdam ticker: LIGHT), a global leader in Lighting, and Atlético Madrid have announced an agreement to supply the lighting of the Club’s new stadium in the Spanish capital.

Under the agreement, Philips Lighting becomes Atlético Madrid’s official lighting partner for the next four seasons where the new stadium will be the first in the world to benefit from Philips ArenaExperience.

With the Philips ArenaExperience multi-purpose LED stadia lighting system, Atlético Madrid will harness the power of lighting to create a lasting impression for its visitors, both outside and inside the stadium. The system will encompass LED lighting for the pitch, stadium façade and hospitality areas.

Philips is an ideal partner. Its respected corporate profile and position at the forefront of global LED lighting technology, guarantees that our fans will be able to enjoy the best lighting experience in our new stadium.

We are proud to be able to play a part in the history of Atlético Madrid by lighting the new stadium. The lighting is designed specifically for this new space and takes light to another dimension. He added, It brings the stadium to life for fans from the moment they approach it from afar – to when they enter and experience the new ‘Neptuno’ premium hospitality area – right through to vivid illumination of a match on the pitch as well as on TV screens at home.

Atlético Madrid’s new stadium, with a 67,000-seat capacity, will be equipped with the most innovative LED lighting technology from Philips Lighting. The pitch, access areas, facade, roof and the Club’s Premium and VIP hospitality areas, called Neptuno, will all be served by digital LED lighting, offering the best light quality and a new level of excitement, thanks to the system’s dynamic nature.

The dynamic lighting makes it possible to project the teams’ colours at each match, giving an extra stimulus to the fans as they enter the stadium. Also, the system can change the lighting colour when a goal is scored or to create light shows designed specifically for each occasion.

The spectacular roof that is to be suspended above the pitch at the new stadium will be equipped with Philips VayaFlood LED lighting, which can display more than 16 million colours. Philips VayaFlood, in conjunction with the new façade lighting using dynamic Philips ColorKinetics, will together create dazzling lightshows for visitors. Moreover, this dynamic lighting system can interact with the facade lighting or be operated independently.

The new Philips ArenaVision pitch lighting system with 336 Philips ArenaVision LED floodlights, which will illuminate the pitch from the 2017/18 season. The lighting will guarantee maximum quality for television transmission and meet the latest LaLiga, UEFA and FIFA broadcast standards. At the same time, these floodlights can be switched on and off instantaneously or synchronised in light shows, to create a spectacle not only before and after a match, but at half-time too.

The Atlético Madrid Premium ‘Neptuno’ and VIP hospitality areas will be equipped with the most efficient, high-quality LED lighting, which is expected to deliver energy savings of more than 60% compared with conventional technologies. Visitors will feel the quality and warmth in these areas, improving the sporting experience at every single match.

Moreover, equipped with many lighting options, the new stadium will be able to adapt quickly and easily to meet the needs of different types of events from football matches to concerts. This will result in additional revenue and also, it will help Atlético Madrid to increase the average visitor stay at these events.

All of the technological developments in its lighting will ensure that Atlético Madrid’s new home is one of the most innovative, leading-edge stadia in the world, and a new iconic landmark on the Madrid skyline. 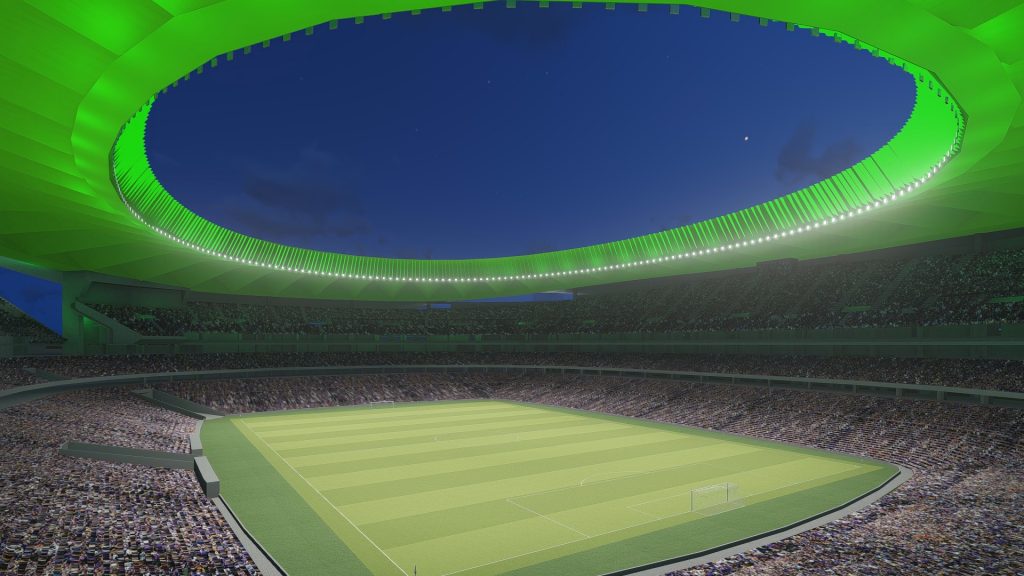 Over the last 60 years, Philips Lighting has been in the vanguard of sports stadia lighting, for pitch lighting and access, façade, VIP areas and even specialist horticultural lighting to grow grass. Lighting transmits feelings and strengthens the emotions that are experienced in these locations. Over 65% of major sports stadia and 55% of football stadia in the world are equipped with lighting technology from Philips Lighting.

Atlético Madrid is one of the successful football clubs in the world. Currently it is fourth in the UEFA Rankings and has appeared in 9 finals in the last 7 years. Founded in 1903, it has won 23 national and 6 internationals titles. Next season sees the inauguration of its new stadium, with an approximate 67,000-seat capacity, in the north-east of Madrid. Atlético Madrid has a franchise in India, Atlético de Kolkata, and an interest in the historic Racing Club de Lens in France. For more information, visit: www.atleticodemadrid.com