Oak View Group’s plans to develop a state-of-the-art arena in East Manchester have been given the green light by Manchester City Council this week. The Populous-designed, £350m arena, located next to Etihad Stadium, will have a maximum capacity of 23,500, making it the largest in the UK, and looks set to bring £350m of private investment to the city.

Plans for a new music and indoor sports arena next to the Etihad Stadium have been approved by Manchester City Council.

Following final confirmation from the national planning authorities, OVG plans to begin work as early as November, bringing 3,350 jobs during a three-year construction phase. The arena will create a further 1,000 jobs upon opening, which is projected to happen in 2023. OVG has committed to pay all employees at least the Manchester Living Wage and will prioritise hiring local people.

We’re delighted that Manchester City Council has given our proposals the go-ahead, and we can’t wait to get started, bringing a £350m private investment, creating thousands of jobs, and delivering one of the world’s best arenas to this amazing city. I want to say a huge thank you to the community for taking the time to listen to what we had to say and providing feedback that ensured this arena is of Manchester, for Manchester and by Manchester.

Proposals for the new venue at a site on the Etihad Campus were submitted in March following in-depth consultation with the local community. The final plans were shaped by community feedback and since then the project has received support from a wide cross-section of local stakeholders including local companies, MPs, ward councillors and a range of city centre businesses. 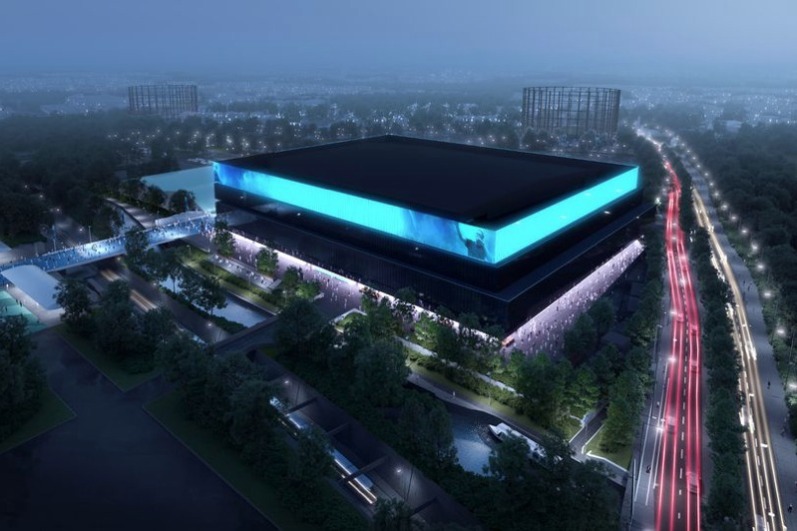 In line with Oak View Group’s vision, the new arena in Eastlands, Manchester has been designed to attract even more global headline events and acts to Manchester and become a catalyst for further economic and cultural investment for the city. Our team has worked intensively across all elements of the building’s ambitious design to ensure the arena succeeds in drawing visitors from far and wide and each one has an unforgettable, world-class entertainment experience.

The new arena will be a best-in-class sustainable venue, with renewable energy, energy efficiency and low carbon technologies integral to the design. During operation, the venue will benefit from the excellent existing transport links to the Etihad Campus. OVG has committed to investing in improving walking and cycling routes, as well as funding an expanded Controlled Parking Zone to minimise disruption for local residents.

Construction of the venue is anticipated to begin in November, with events projected to commence in 2023. 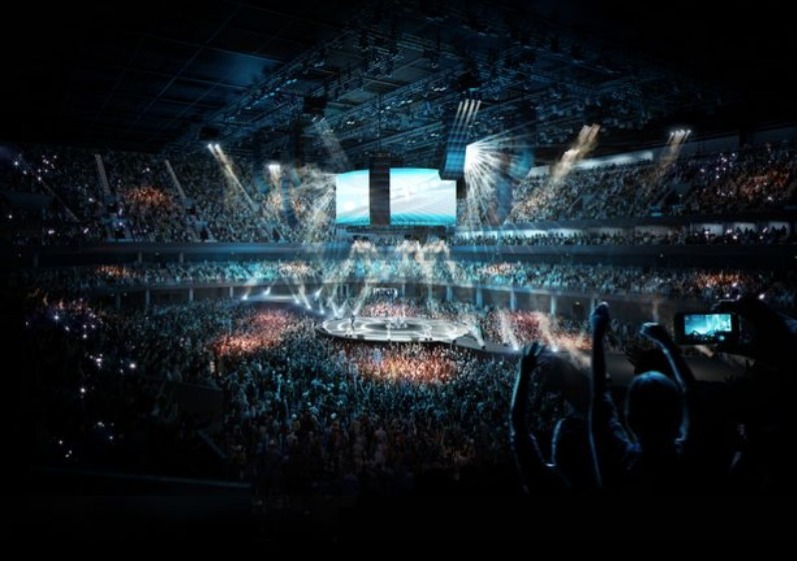 The new arena will be a best-in-class sustainable venue, with renewable energy, energy efficiency and low carbon technologies integral to the design. Images: courtesy: Populous

ASM Global, operators of Manchester Arena, recently renamed the AO Arena, released a statement this afternoon saying that they are “disappointed” by the decision, which they say has put their own expansion plans “in jeopardy” and that they are now “considering their position and reviewing all options”.