The new design for the Chinese Super League champion has been given the name “Lotus Crown”, with the inspiration coming from the “Bingdi Lotus” (two lotus flowers on a stalk), matching Guangzhou’s reputation as the City of Flowers. Its fiery red primary colour reflecting both the Club’s coat of arms and the city’s colours. At night, however, it’s expected to light up in many more colours.

The club broke ground on the new stadium, located in the business district of Guangzhou South, China, back on April 16, 2020. With over 100,000 seats, Guangzhou Evergrande Soccer Stadium will assume the mantel as the world’s largest stadium.

Experts believe that the Guangzhou Evergrande Football Stadium, owned by FC Guangzhou Evergrande, will be much more than just a football stadium, rather a sports and entertainment destination featuring a large shopping mall, along with facilities for both sport and business.

In the future, the new signature building of Guangzhou will also be the centrepiece for a variety of sporting feasts for the entire Pearl River Delta and even the Guangdong-Hong Kong-Macao Greater Bay Area. 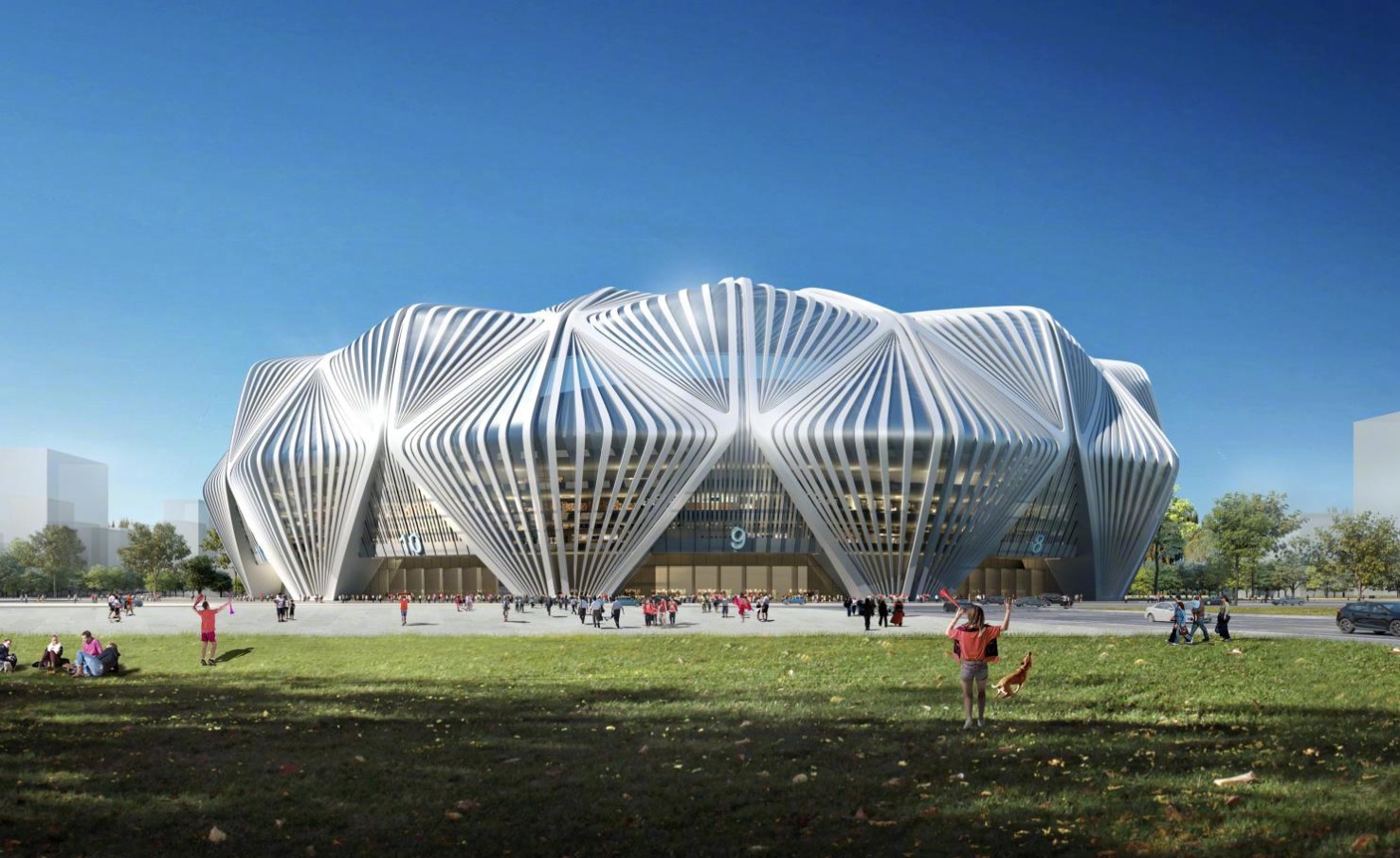 Upon completion, the new stadium will – for a time at least – be the world’s largest football venue, that is until FC Barcelona completes works on the redevelopment of its iconic Nou Camp, which will see it expanded to 105,000 seats.

With China PR to host the newly expanded 2021 FIFA Club World Cup and the AFC Asian Cup 2023, Guangzhou Evergrande’s ambitions are that it’s brand new, world-class sports complex will be the host venue for the opening ceremony of the 2023 Asian Games.

The club – whose majority shareholders are the Evergrande Real Estate Group (56.71%) and the e-commerce company Alibaba Group (37.81%), while the rest of the shares are traded in the Chinese OTC system – currently plays at the 58,500-capacity Tianhe Stadium.