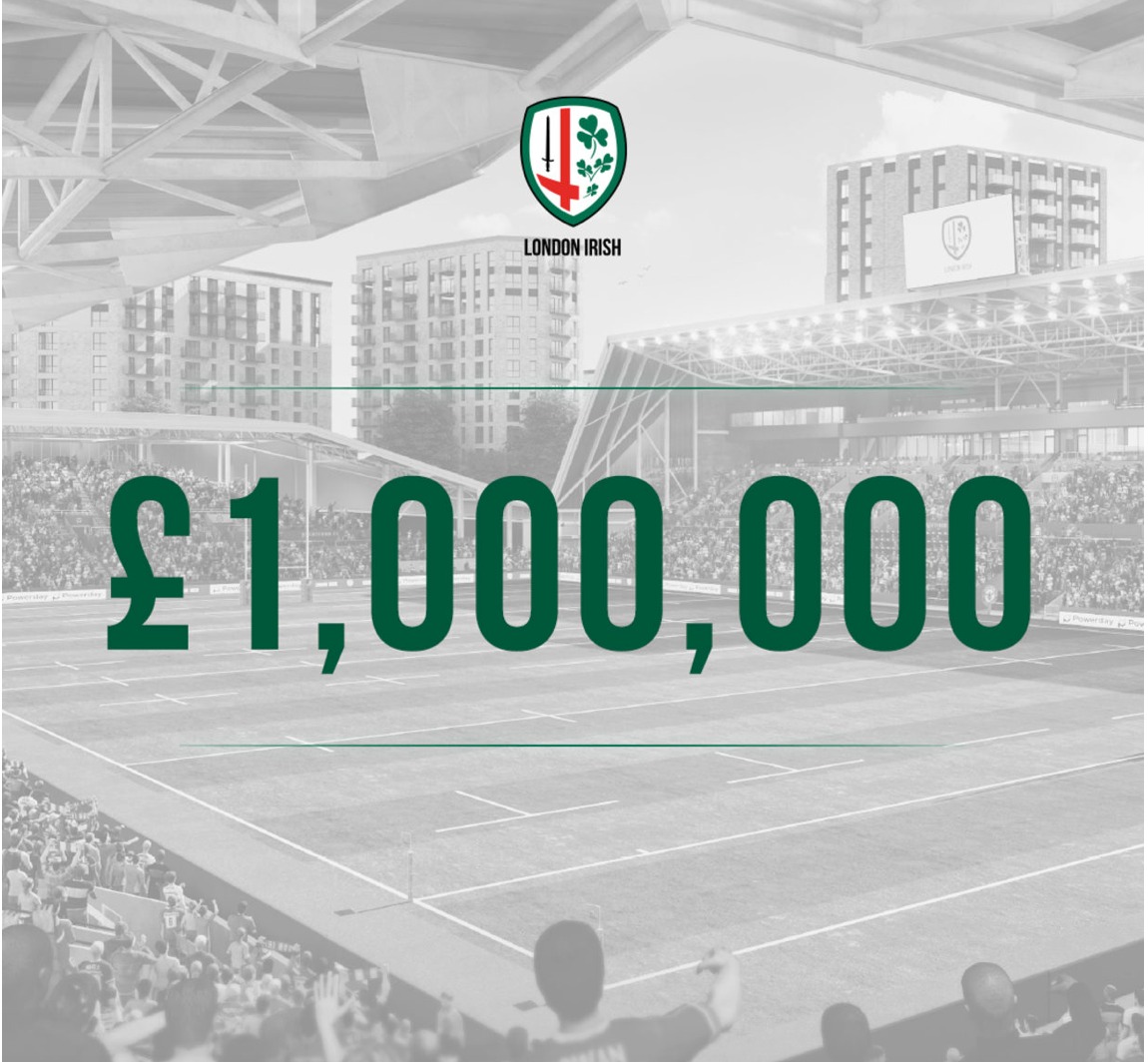 Season Tickets for the 2020/21 campaign went on general sale on 4 February, following an exclusive window for existing season ticket holders.

The move back to West London will see a pre-season friendly fixture, included in the cost of a season ticket, to begin the club’s tenure, followed by the opening Gallagher Premiership match.

We are delighted with how Season Ticket sales have progressed and how much of an appetite there is to see London Irish back playing in London.

When Mick Crossan took over as owner of this club, one of his key objectives was to see the club return to its roots in West London and we are thankful to him for providing this.

We are now in a position to bring Gallagher Premiership rugby back to the capital, at an affordable price, with a family ticket available for £600 for 17 home fixtures (16 competitive and 1 pre-season friendly).

Throughout London Irish’s 122-year history, the club has been renowned for being a home away from home for the Irish and expat community. Our mission has always been to make Brentford a similar experience to what supporters enjoyed when we played at The Avenue and the team is working to ensure this happens.

With any stadium move, we know the logistics of getting to and from the ground is important to supporters. The Brentford Community Stadium has eight Overground, Underground and National Rail stations within a mile or so of the stadium.

There will also be over 1,000 car parking spaces and Park and Ride options to ensure our Thames Valley core supporter group can attend home matches. This was successfully trialled in our recent away fixture against Harlequins.

We are excited about the coming months as the move gets ever closer.

Sponsorship opportunities with London Irish are available. For brands or businesses interested in these opportunities, please contact Iveta Kulenska on Iveta.kulenska@london-irish.com 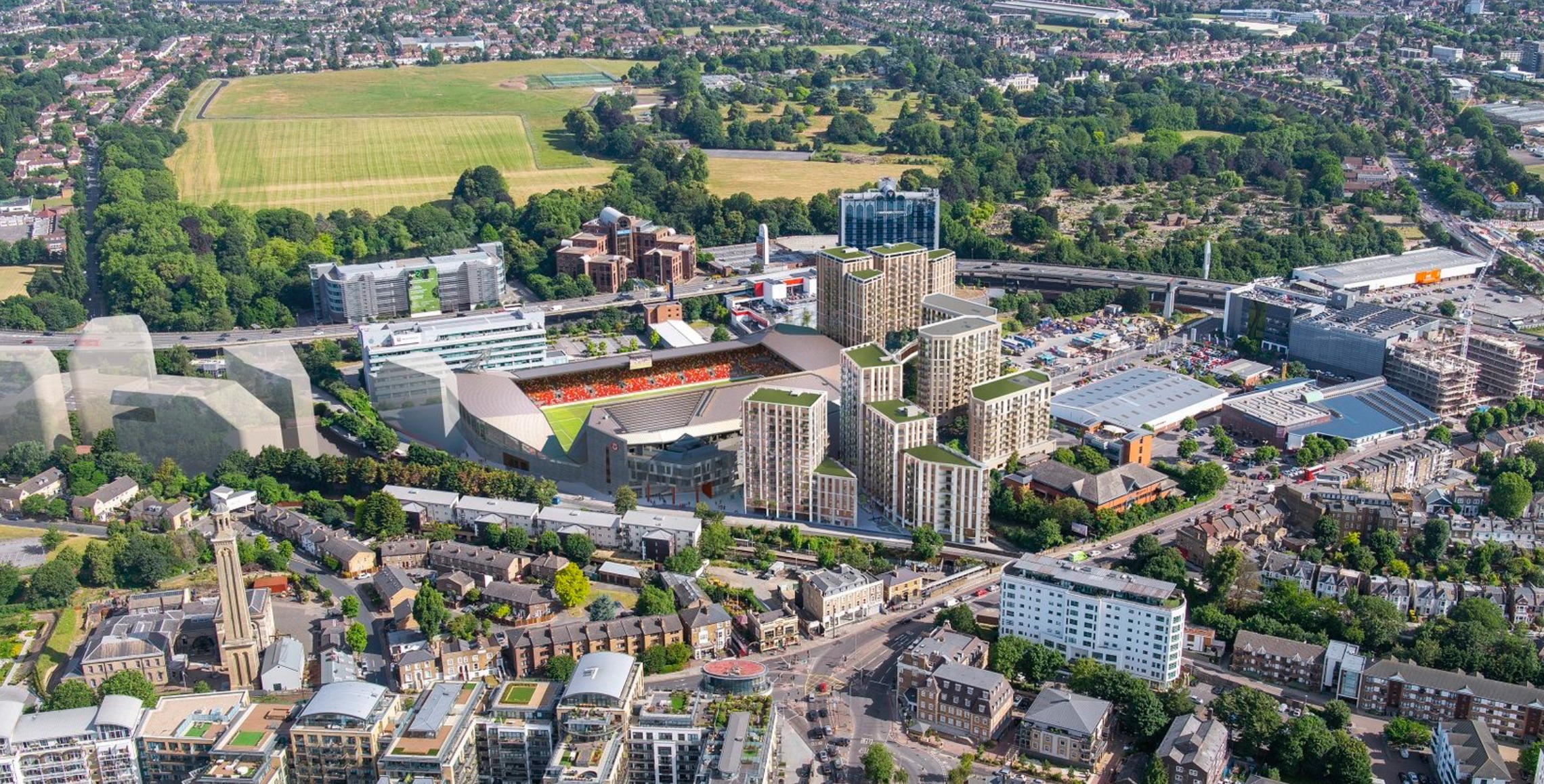 The new 17,250-seat Brentford Community Stadium is set to open this summer

Brentford Community Stadium is one of the most significant and exciting developments in the history of Sky Bet Championship side, Brentford Football Club. The cornerstone of its long-term vision, the new stadium will help ensure a sustainable future for the Club.

Situated next to Kew Bridge station, less than a mile away from Griffin Park, it’s much more than just a stadium for professional football, as upon completion, it will also become ‘home’ to London Irish. In addition, it is at the heart of plans to regenerate the area.

Capable of hosting 17,250 spectators, which includes 2,930 Premium Seats, the new stadium – designed by AFL Architects – will allow for the growth of support and the ability to realise an important new revenue stream.

Brentford Community Stadium has also been confirmed as a host venue for the UEFA Women’s European Championship in 2021.

At all stages, AFL Architects have worked collaboratively with the project team to develop intelligent design solutions to the brief. Working within the constraints of a tight site, the team has responded enthusiastically and innovatively to the challenges presented.

Supporters will have a stadium that reflects their ambitions and passion for the future of Brentford FC, and London Irish can finally return to their home turf. 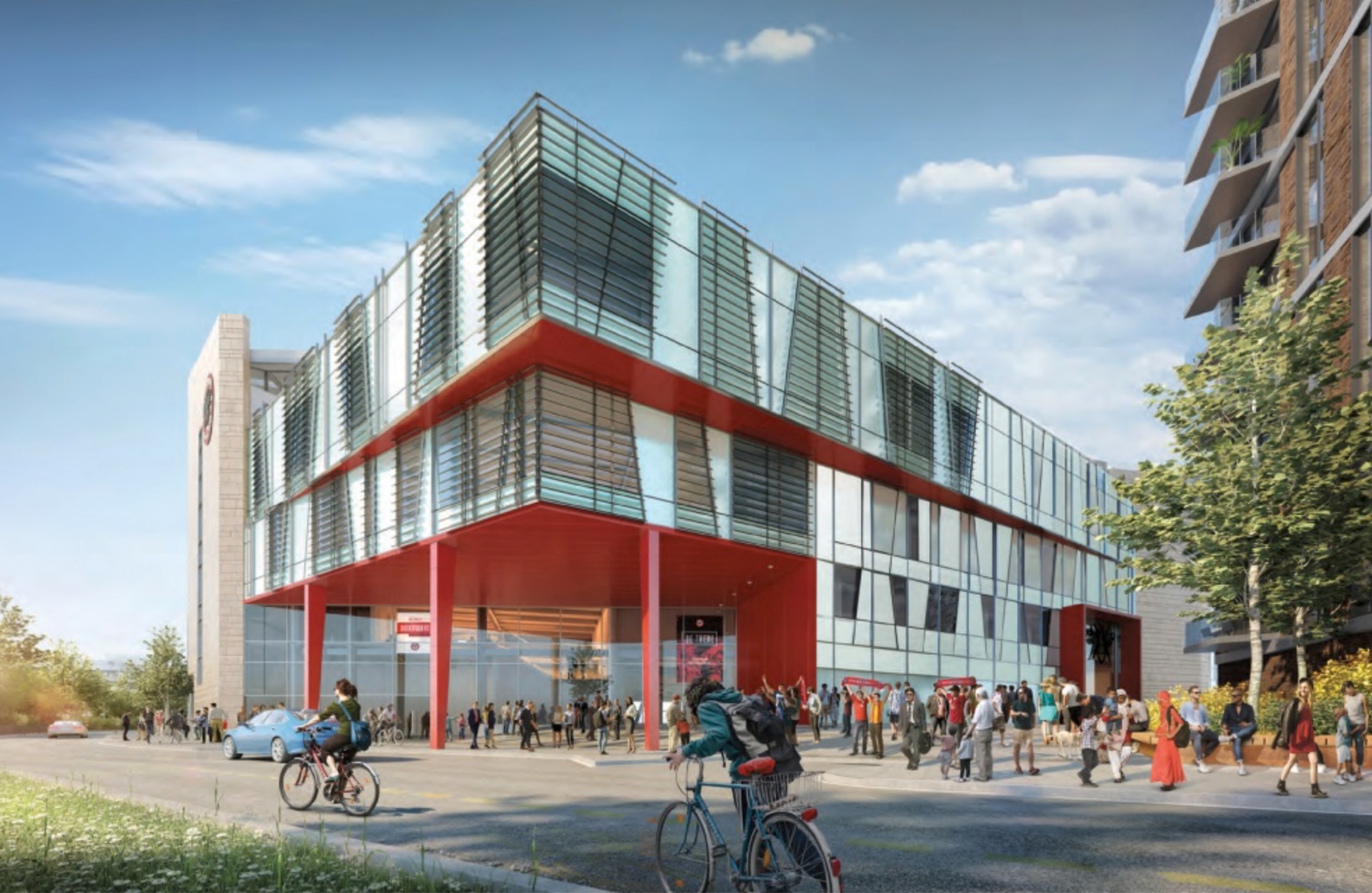 Brentford Community Stadium is much more than just a new home for Brentford FC and London Irish, being at the heart of plans to regenerate the area

London Irish had a superb decade at the start of the 2000s, reaching the Premiership Final, European Cup semi-final and winning the Powergen Cup, as well as producing a string of England Rugby international players.

The move back into the capital will be the catalyst for success in the future, and we will be reaching out to the local residential and business communities to make London Irish their authentic club, and for the whole of London as well.

London Irish is more than just a professional team. The amateur side of the club is one of the largest in London, and every weekend hundreds of rugby players aged from six all the way upwards to the veterans wear the green shirt in matches. A true community club, London Irish has recently extended its partnership with the Middlesex RFU to develop the best young players in the west London area.

AFL Architects is a Premium Advertiser with Sports Venue Business (SVB). Click on their logo below to check out their SVB Industry Directory listing and find out more about their services and portfolio of projects… 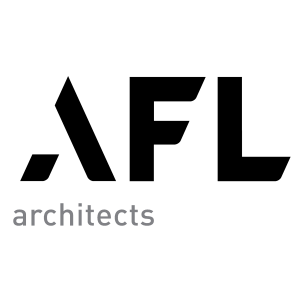 The 2020 edition of ALSD International – Europe’s leading event for the Premium Seat & Hospitality sector being hosted by Liverpool Football Club this October – will feature a conference focused on how to increase revenue through new builds, renovations & service expansions, as well as behind-the-scenes venue tours, networking events and an exhibition showcasing the latest products, services and solutions.