Arena Events Group plc has signed a deal with Scottish Rugby to develop and supply a new seating system for Edinburgh Rugby’s new stadium, currently being constructed on the back pitches of BT Murrayfield.

The development of the club’s new home follows a period that saw Edinburgh Rugby play at several different venues in the Scottish capital. The new stadium will deliver a permanent ground for the club to host their home fixtures for the start of the 2020/21 season.

The contract will deliver a traditionally styled 7,800-capacity stadium consisting of four covered seating grandstands and three covered standing spectator terraces, and will also include a disabled viewing platform, designed to enhance the matchday experience and accessibility for Edinburgh Rugby’s dedicated fanbase.

Arena Group are a proven leader within their industry with an excellent reputation. We’re really excited to work with them as they help develop a fantastic project for Scottish Rugby as well as the new home of Edinburgh Rugby.

Arena Group are delighted to have the opportunity to play our part in this exciting phase of Edinburgh Rugby’s journey. It has been a complex project to date, nearly two years in preparation. We can’t wait to start construction.

Located on the back pitches of BT Murrayfield Stadium and featuring Arena’s cost-effective, proprietary grandstand seating solutions, the new venue will be ready to host matches from the beginning of the 2020/21 season. 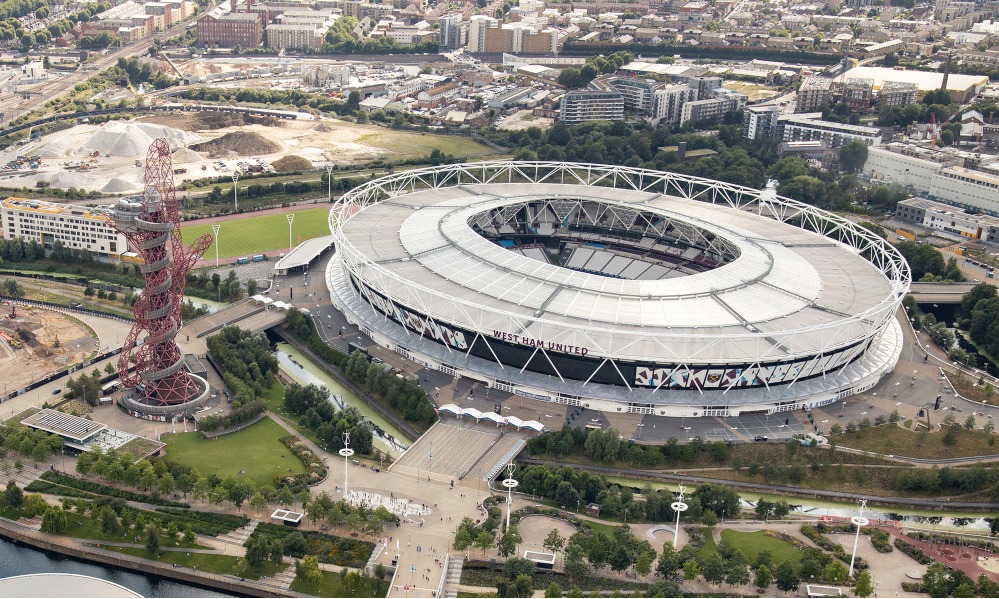 Arena has won a contract with E20 Stadium LLP, owners of London Stadium, to develop new seating systems in the north and south of the stadium

In other news, Arena has won a contract with E20 Stadium LLP, owners of London Stadium, to develop new seating systems in the north and south of the stadium.

The contract will deliver two new lower tier stands bringing 6,000 fans up to four metres closer to the pitch than the current system allows. The designs will create a traditional “kop” feel to the seating arrangement for pitch-based events, such as football, helping to enhance the matchday experience for fans. The system will also allow for faster seat moves between events to help reduce costs in the UK’s largest multi-use stadium. This comes following a period of design development to inform the brief between E20 and West Ham United.

Initial designs were presented to the Club’s Official Supporters’ Board in February 2019, and Arena, E20 and West Ham United will be consulting with them again to help inform the more detailed designs with the aim of installing the seats this summer.

We are delighted to have appointed Arena and look forward to working with them and West Ham United over the coming months. Our investment in the new stands will improve fans’ matchday experience and deliver significant efficiencies to the running of London Stadium.

We are pleased to be entering into a long-term agreement with E20 to provide a truly flexible seating solution that enhances the legacy of the London Stadium. Yet again this shows the strength of our innovation and project management in delivering a value-enhancing solution to our customers.

Main image (top): Arena Events Group plc has signed a deal with Scottish Rugby to develop and supply a new seating system for Edinburgh Rugby’s new stadium, currently being constructed on the back pitches of BT Murrayfield

The 2020 edition of ALSD International – Europe’s leading event for the Premium Seat & Hospitality sector being held at Liverpool Football Club’s Anfield stadium this October 12-13 – will feature a high level conference focused on how to increase revenue through new builds, renovations and service expansions, in addition to some very special behind-the-scenes venue tours, as well as numerous networking events, access to 1-on-1 meetings and an exhibition showcasing the latest products, services and solutions.