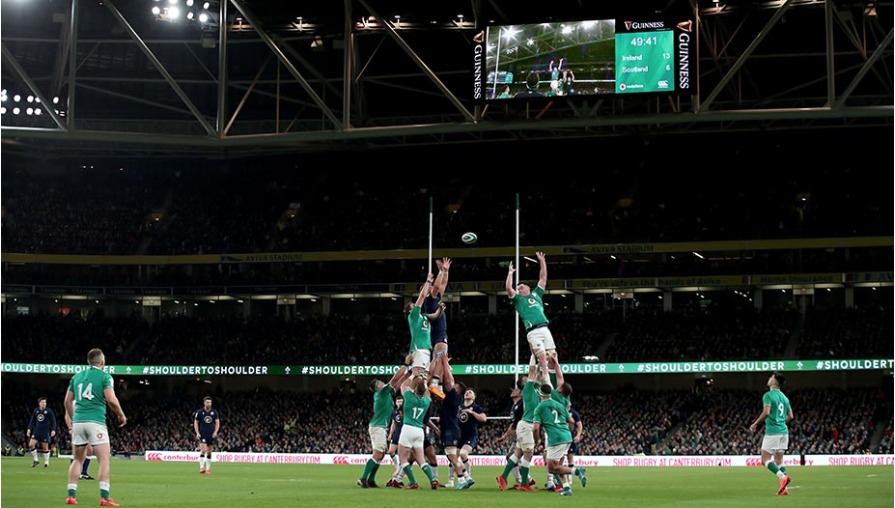 Daktronics has continued its partnership with Aviva Stadium by installing three new LED displays totalling more than 400 square metres in Dublin, Ireland, ahead of the UEFA EURO 2020 Championships.

The new displays at Aviva Stadium complete a fan experience improvement plan that began with two north-end video displays being installed in 2017.

We have amazing events at Aviva Stadium, which are supplemented by sound and visual experiences. Enhancing the fan experience is essential. Even though we are a relatively new stadium, we have invested in the new Daktronics HD screens to provide exceptional images of the action on the pitch.

All of these display feature 13HD pixel layouts to bring exceptional image clarity and contrast to every seat in the stadium. The north and south end video displays are capable of variable content zoning which allows each display to show one large image or to show multiple zones of differing content.

The installation is supported by Daktronics on-island maintenance facility in Ennistymon, Co. Clare, Ireland. The company also has a service partnership with an Irish electronics specialist company, ION Solutions, that provides on-site support to Aviva Stadium. 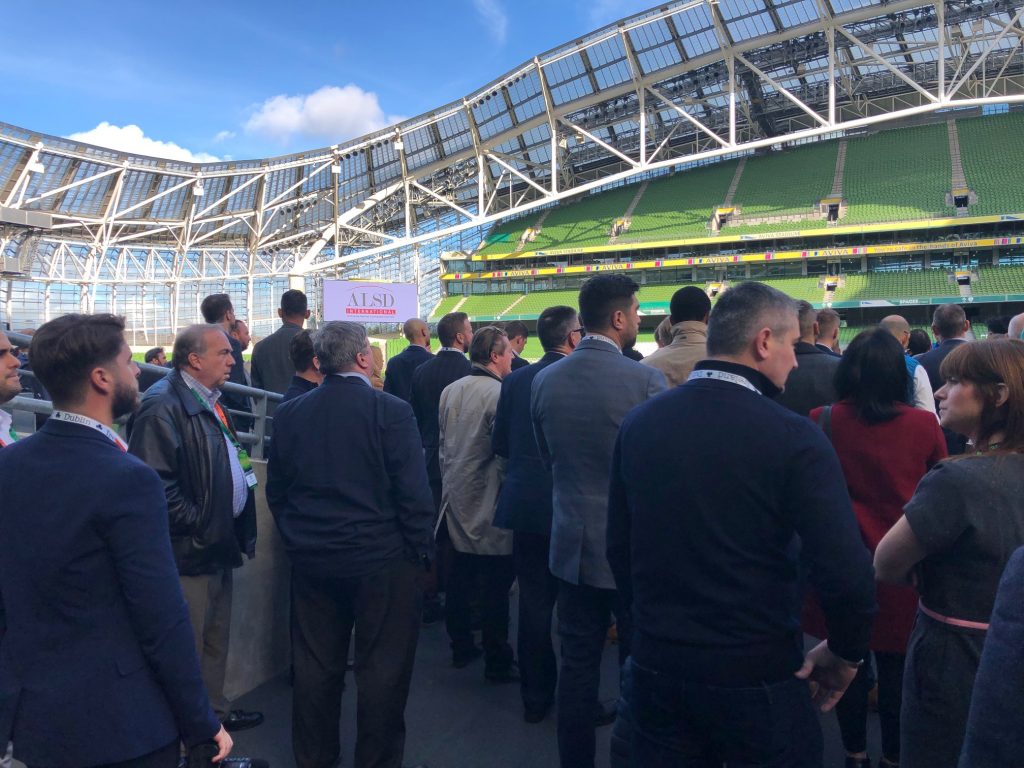 The Aviva Stadium is a sports stadium located in Dublin, Ireland, with a capacity for 51,700 spectators. It is built on the site of the former Lansdowne Road Stadium, which was demolished in 2007, and replacing it as home to the Irish Rugby Football Union (IRFU) and the Football Association of Ireland (FAI).

Aviva Stadium and it’s in-house caterers, Levy Ireland, put on a behind-the-scenes tour and networking luncheon during the 2019 edition of ALSD International, at which Stadium Director, Martin Murphy, was also a speaker.