The team behind the planning and design of Everton’s proposed new waterfront stadium have explained the next steps for the project and urged voices of support to continue, as the plans reach a major milestone.

The detailed planning application for Everton Football Club’s new stadium at Bramley-Moore Dock – within Peel L&P’s Liverpool Waters site – was submitted to Liverpool City Council on Monday 23 December and will be followed by a separate outline application for a community-led legacy project at Goodison Park.

Colin Chong, Everton’s Stadium Development Director, and his team have outlined the next steps for the project, as he explained:

Now the planning application has been submitted, we will let due process take its course but we are feeling very confident. It is a full and thorough application.

I’d like to take the opportunity to thank the fans for their patience. An enormous amount of work has gone into these proposals and we feel we’re in a good position for Liverpool City Council to review our application. 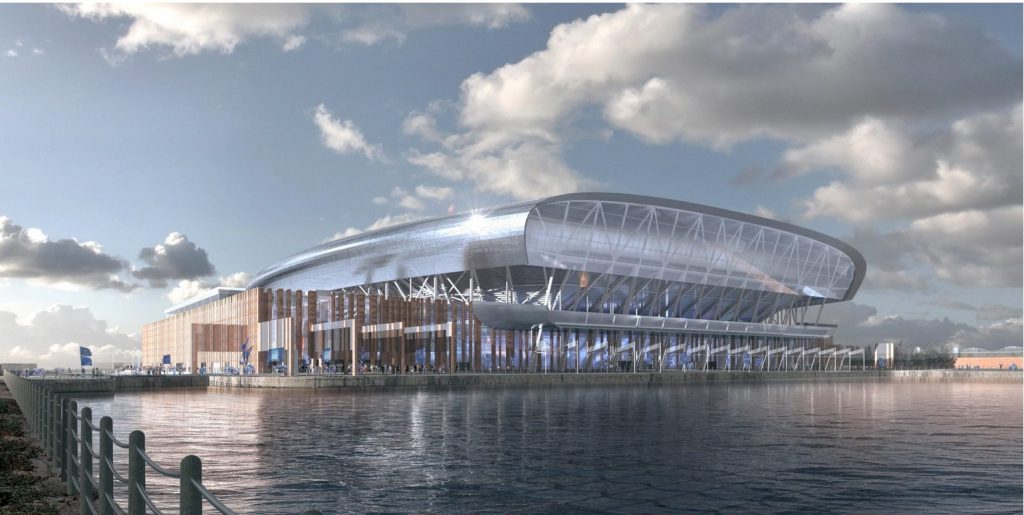 These include wind mitigation, ecology and remediation all the way through to how the voices of the community have been heard in support of this project, as well as the economic, social and environmental benefits of the stadium. It’s over to the city council now as the local planning authority.

Once the planning application is validated in the New Year, it will be subject to a period of public consultation. We are hopeful that this project goes to the planning committee in the summer of 2020 and in the run-up to that we would hope that all those who have been involved in the consultation to date, and even those who haven’t, make their voices heard.

His comments were echoed by stadium architect Dan Meis, Founder of MEIS Architects, who explained the evolvement of the design and how the huge public support would continue to be important to the process:

We received great feedback on the design itself but that has been the focus on where this design has evolved. This [proposed stadium] is not something that people are ‘middle-of-the-road’ about, they’re passionate about this project and I think that support is going to be very important as the planning application is looked at.

Stadium Development Director, Chong, also provided an insight into the Club’s ongoing work to appoint a contractor to help bring the project to fruition: 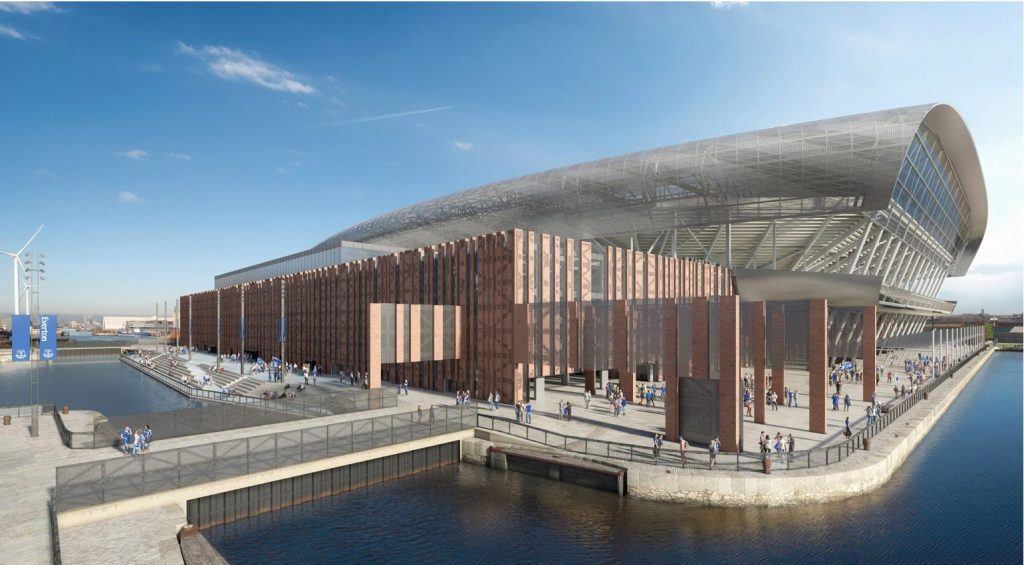 Everton Football Club has revealed the final designs of its new 52,000-seater stadium at Bramley-Moore Dock on Liverpool’s waterfront

Everton Football Club has revealed the final designs of its new 52,000-seater stadium at Bramley-Moore Dock on Liverpool’s waterfront, with a detailed planning application submitted to Liverpool City Council on 23 December 2019.

The plans for the stadium, which will sit within Peel Land & Property’s Liverpool Waters site, would have a transformational impact on North Liverpool, kick-starting the regeneration of the northern docklands, contributing a GBP£1bn boost to the city region’s economy, creating up to 15,000 jobs and attracting 1.4m visitors to the city each year.

At the heart of the proposal is a stunning brick, steel and glass stadium, which takes its inspiration from the historic maritime and warehouse buildings nearby. The stadium structure combines the historic and the modern, with the brick base incorporating a subtle nod to Goodison Park’s famous Archibald Leitch lattice work, while the dynamic roof structure made from steel and glass gives the stadium a modern finish.

Following analysis of the feedback received through the Club’s record-breaking public consultation, and a range of detailed technical assessments, the stadium designs have evolved. The multi-storey car park has been relocated from its previous waterfront location and integrated within the stadium to create one impressive standalone structure, while additional environmental measures, including wind baffles, have been incorporated in the final proposals.

The plans also include extensive public spaces for use on both matchdays and non-matchdays featuring a Fan Plaza to the east of the stadium, which will provide a focus for pre and post-match entertainment and activity. 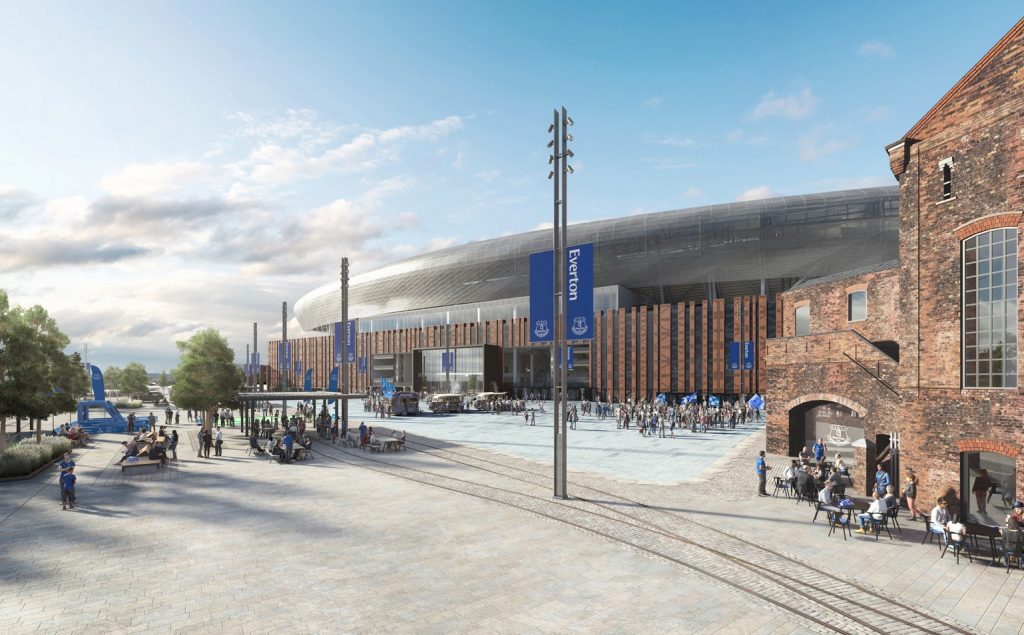 At the heart of the proposal is a stunning brick, steel and glass stadium, which takes its inspiration from the historic maritime and warehouse buildings nearby

To be kept up to date with activity on the project, please visit the campaign website www.peoples-project.co.uk or follow The People’s Project’s social media channels. 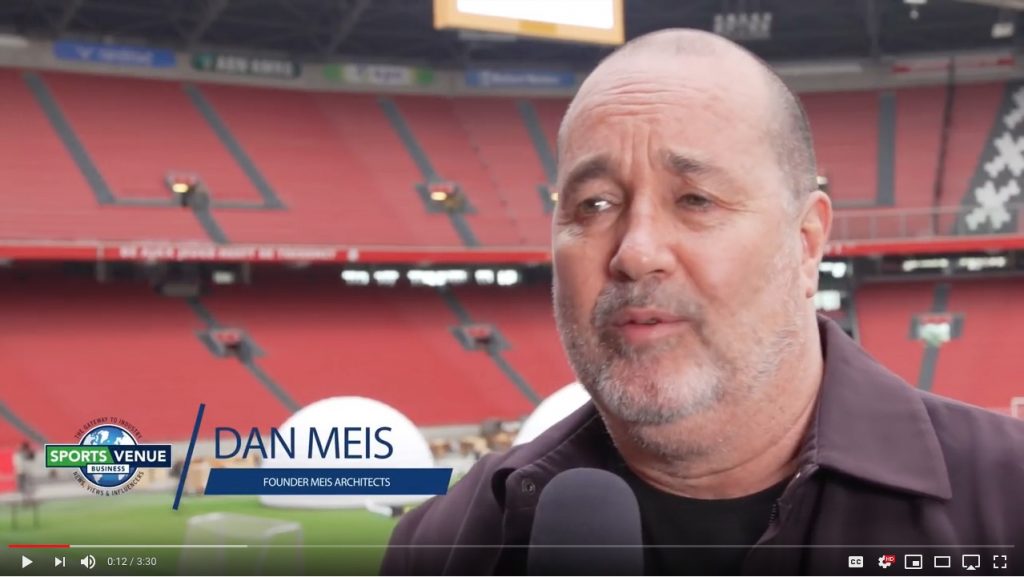 Everton Football Club was just one of the many clubs represented at the 2019 edition of ALSD International – Europe’s one & only event dedicated to the Premium Seat & Hospitality sector.