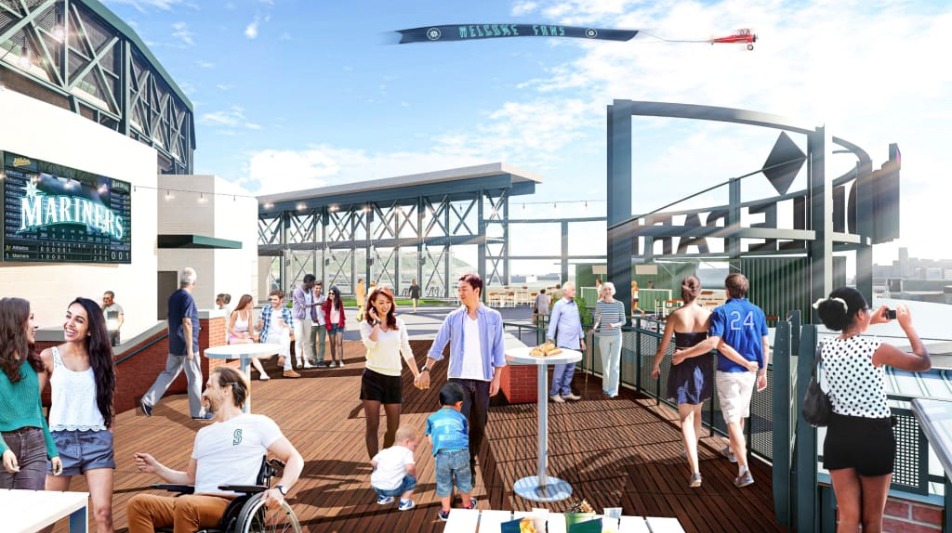 Major League Baseball’s Seattle Mariners have unveiled plans for US$29.8m’s worth of restorations that will give the 20-year-old ballpark a major facelift and deliver an enhanced fan experience, as reported by MLB’s Daniel Kramer.

The projects are part of a 10-year, US$280m commitment to maintain and improve the ballpark as part of the Mariners’ 25-year lease that began this year with the Washington State Major League Baseball Stadium Public Facilities (PFD) district. The agreement obligates the Mariners to pay a minimum of US$600m for ballpark maintenance, operations, capital upgrades and fan improvements over the next 25 years.

Mariners President and CEO Kevin Mather said of the agreement with the PFD and T-Mobile:

Fans have come to expect a great experience at this ballpark and we have made a commitment to invest substantial Club revenues over the next 25-years to make sure that continues. This partnership with T-Mobile will help us meet that obligation so that fans will have a first-class experience at T-Mobile Park for decades to come.

At the end of the new lease agreement, the total investment of Mariners’ revenues into the publicly-owned ballpark since 1999 will add up to over US$1bn.

In relation to the upgrades at T-Mobile Park, here are some of the most tangible upgrades that fans will see by Opening Day:

Expansion of the T-Mobile ‘Pen

The ‘Pen – the standing-room area that stretches from center to left field and overlooks both bullpens – will expand to include more concessions as part of an overhaul to the left-field gate, which will remove a ticket office and add 15 additional entry points to assuage congestion and allow quicker access to the ‘Pen. The area will also add TVs that will screen the game.

The ‘Pen is obviously one of our most popular areas here at the ballpark, and so we really want to get people into it faster and increase the capacity of that, so this solves both of those problems.

Part of the ‘Pen’s allure is its casual setting, which offers unobstructed views at field level – all included in a general admission ticket. Gooby said that the Mariners are still determining which concessions will be added. The ‘Pen mostly offers Seattle-specific dining and beverage options.

Mirroring the likes of Coors Field and others, T-Mobile Park will add a rooftop bar in the highest Northwest point of the 300 level that will fill in Lookout Landing. The area will be patterned to a casual backyard, with bench seating and picnic tables – all while retaining the sweeping views of downtown Seattle, the Puget Sound and the Olympic Mountains. The space will be available for group sales and will be open to all fans when it’s not in use for groups.

That’s one thing that we’ve noticed is that fans want these gathering spaces. They’re looking for spaces obviously to watch the game, but also just to hang out with their friends, socialize, maybe watch TV, listen to a DJ, do different things like that, and so that’s really a great trend that we’re seeing [in MLB], and we want to make sure that we’re giving our fans the experiences that they’re asking for. 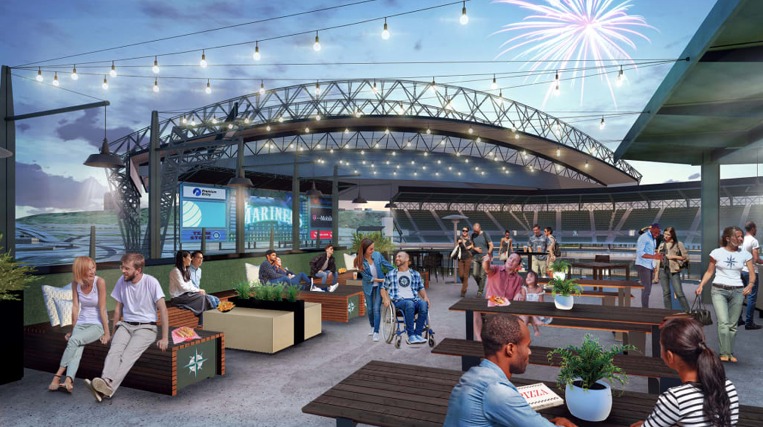 The Mariners are hoping to put more distinct use to the home-plate rotunda behind the LED T-Mobile Park sign. That is the premise behind the addition of a raised walkway for enhanced views of the Sound (particularly during sweeping sunsets, where it’s a popular spot), bench seating and tables, outdoor LED video monitors, destination concession stands and Kids Corner baseball-themed activities. The area will also be available for group sales.

The ballpark will remove select areas of single seats and replace them with 10 sets of four-person padded sofa-style seats. The Terrace Club will also add 18 table-style seating areas that will each fit four. Both concepts will include video monitors, charging stations and in-seat waiting staff, with exclusive menu items that lean heavily to a Pacific Northwest flavour.

The club level will create a new seating concept along the first-base line only intended for more of a social experience. 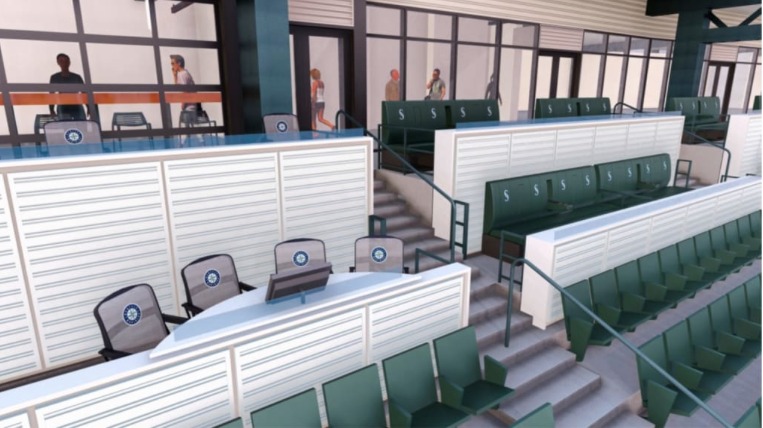 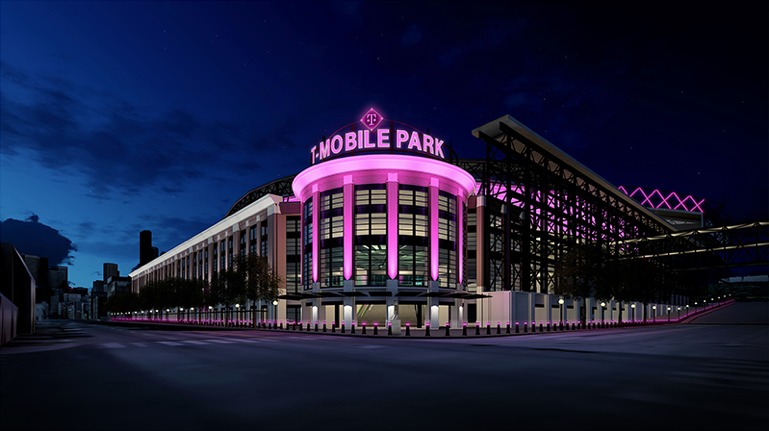 The Seattle Mariners hometown field became known as T-Mobile Park back at the start of this year, with T-Mobile having secured the naming rights from January 2019 through to December 2043. The partnership lays the foundation for the next chapter for Seattle Mariners baseball, complete with an unmatched ballpark experience for fans.
Images & source: MLB.com

ALSD International – Europe’s one and only event dedicated to the Premium Seat & Hospitality sector – is coming to Croke Park Stadium in Dublin, Ireland, this October 28-29, where some 50+ high-calibre experts from across Europe and North America will be providing insights on how to increase revenues through new builds, renovations and service expansions, as well as via the latest F&B and technology offerings. Attendees will also be treated to a tour of 3Arena and a networking lunch at Aviva Stadium, in addition to networking events and an exhibition hall showcasing all the latest offerings.