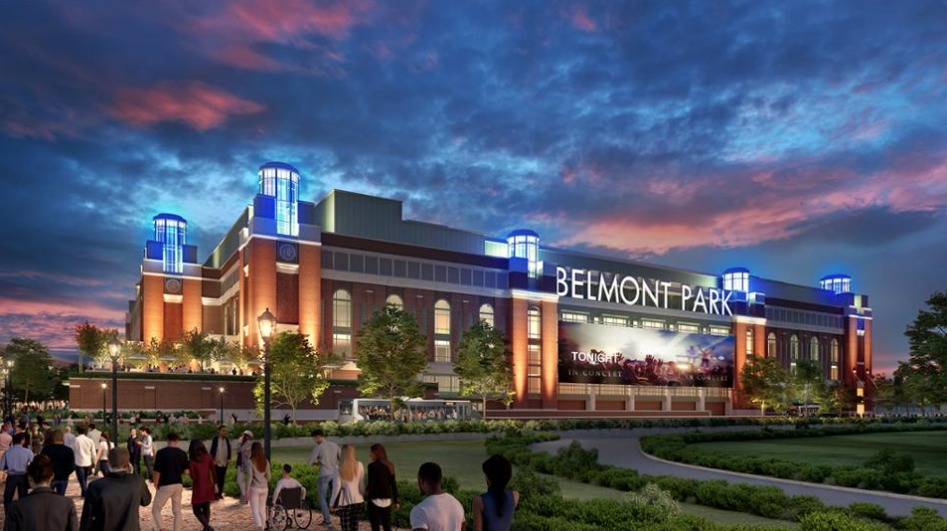 The New York Islanders began writing the next chapter in their history Monday, when they broke ground on a new arena at Belmont Park that is scheduled to open for the 2021-22 season, reports NHL.com Deputy Managing Editor, Brian Compton.

After multiple unsuccessful attempts to build a facility of their own, construction is finally underway on the almost 19,000-seat arena, less than 10 miles from Nassau Coliseum, which hosted the Islanders’ championship dynasty from 1980-83.

The development project will also include a 250-room hotel and 300,000 square feet of retail space.

It’s a building the Islanders needed to ensure their future in New York. General Manager, Lou Lamoriello recalled winning the Stanley Cup as GM of the New Jersey Devils in 1995, when their future was filled with uncertainty:

We had just won the Cup, and there was a chance of us moving to Nashville. I know what that did and how the fan [up]roar was at that time. Remember, these people here have experienced four Cups, so they know what it is to enjoy it, and the anticipation of potentially looking forward to something like that someday is what it’s all about.

NHL Commissioner Gary Bettman participated in the groundbreaking ceremony and announced that seven more games have been added at Nassau Coliseum this season, increasing the total to 28. The other 13 home games will be played at Barclays Center, where the Islanders moved to in 2015 after playing 42 seasons at the Coliseum.

But the move back east began last season, when 21 regular-season home games were played at the Coliseum, along with Games 1 and 2 of New York’s sweep of the Pittsburgh Penguins in the Eastern Conference First Round. The Islanders played their home games in the second round, when they were swept by the Carolina Hurricanes at Barclays Center. No decision on where the Islanders would play their Stanley Cup Playoff games this season has been made.

When people look at the history of the Islanders, it’s easy to think about winning the four Stanley Cup championships, it’s easy to think about [Bryan] Trottier, [Mike] Bossy, [Clark] Gillies and [Denis] Potvin, and the other great Islanders who have played here over the years. But this today will go down as one of the great days in the history of the New York Islanders because this is the day that assures everybody who has anything to do with the Islanders, who cares anything about the Islanders, who’s passionate about the Islanders as Islander fans are, this is the future of this franchise right here on Long Island.

The project’s approval benefited the Islanders during the offseason, when forwards Anders Lee, Brock Nelson and Jordan Eberle decided to remain with them rather than leave as unrestricted free agents.

It came up a couple of times when we talked to Lou. It makes a big difference, for sure. The commute to Brooklyn is a little tougher, so we asked kind of what the plan was going forward, and [Lamoriello] was confident it was going to get done. He made good on his word.

Even more games moving to the Coliseum even in the transition phase, that got brought up a couple of times too. It’s nice for guys with families, myself now with kids, being able to kind of be home and make a couple of games now, that means a lot for us as players. 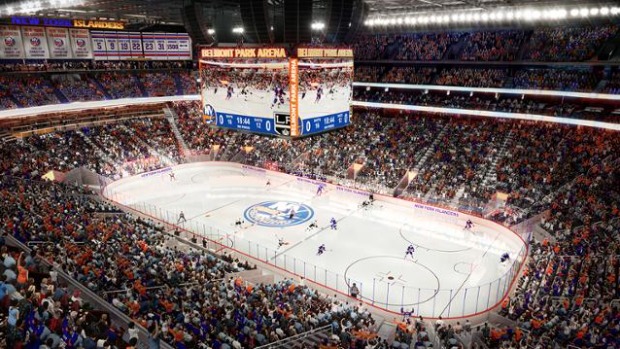 The New York Islanders’ Belmont Park Arena will offer capacity for just over 17,000 in ice hockey mode and nearly 19,000 in concert mode

Lamoriello said the new building will be a great help in luring free agents in the future:

I think it’s immense. Playing in two facilities was tough, especially for most of the players who were playing at the Coliseum, going back and forth. It’s no disrespect at all with Barclays, because [former Barclays Center chief executive officer] Brett Yormark and his staff just were tremendous during the period of time that I’ve been here as far as cooperation in doing things as best they can. But it was inevitable that if a facility wasn’t built that hockey wouldn’t be here on Long Island. 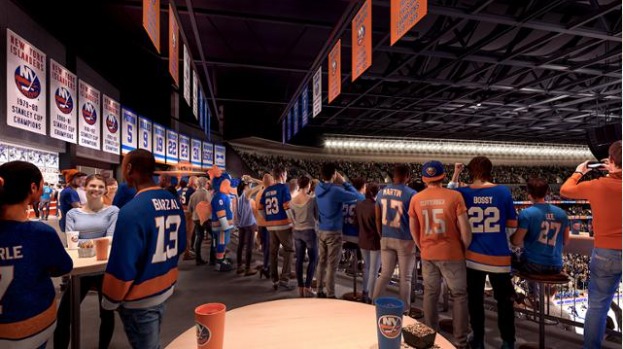 Ledecky went out of his way to recognise former Islanders owner Charles Wang, who died October 21, 2018. Wang, who purchased the Islanders in 2000, played a major role in keeping them in New York, and tried both privately and publicly to get a new arena on the Coliseum property.

I do feel him here. I do think that his vision was always to do the right thing by the New York Islanders. He tried so hard with his Lighthouse Project, and he never gave up. But he supported us, his family still owns a piece of the team, they’re highly supportive, and I know he’s looking down from above and smiling because this was the vision that he had, that the Islanders deserved a new home. It’s a different location, but the concept is still the same: give the greatest fans in the National Hockey League the home they deserve.

More than 20 years after the talk of a new home for the Islanders began, it’s finally happening.