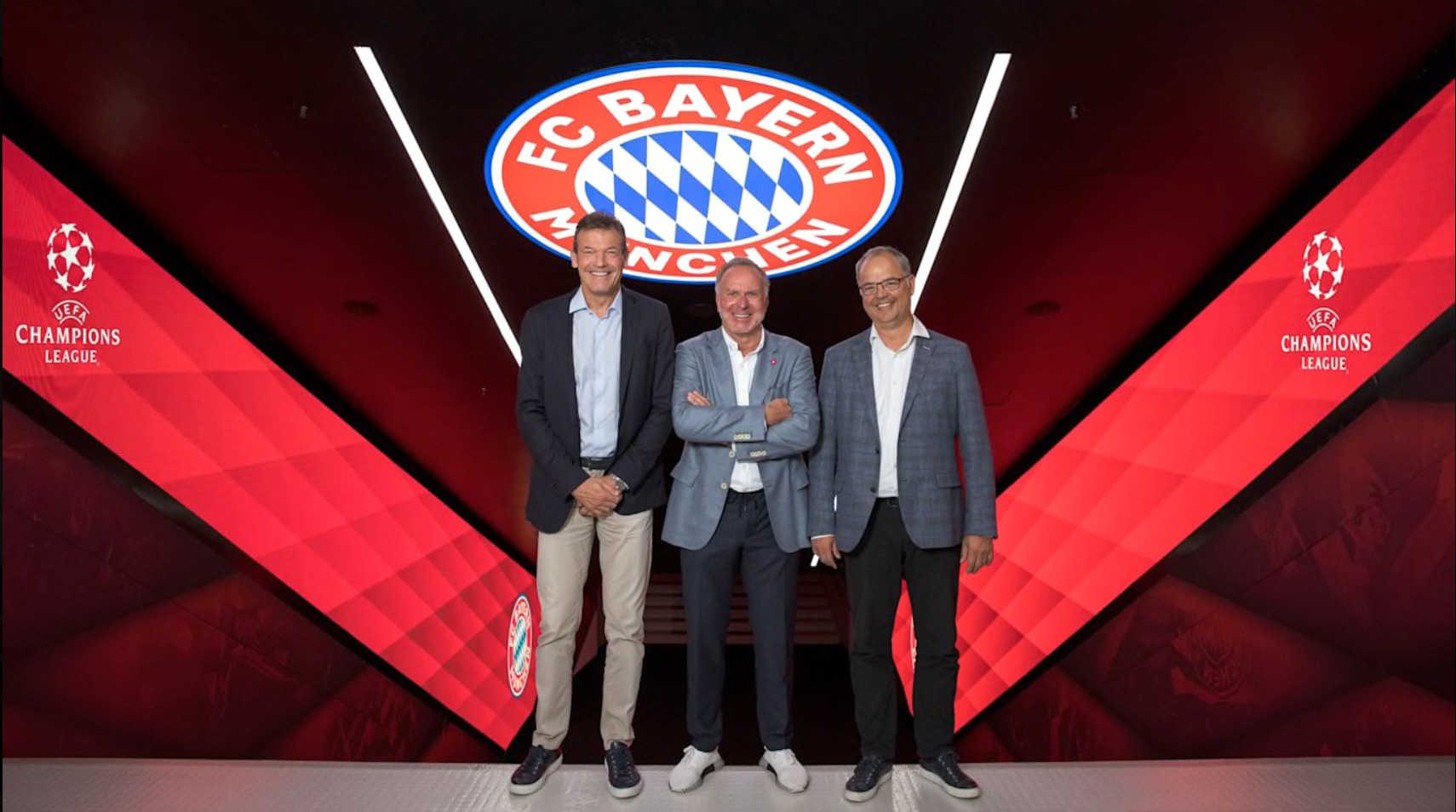 The players’ tunnel at Allianz Arena, home to FC Bayern has been given a fresh, digital makeover – just in time for the first Champions League home match against Red Star Belgrade last weekend. While in other news, the stadium has been announced as host for the 2022 UEFA Champions League final.

While the players get ready to step out onto the field at Allianz Arena, state-of-the-art LED walls – measuring around 14 metres long and up to three metres high – will display portraits of Manuel Neuer, Philippe Coutinho and co via 4K technology.

It’s turned out great. We wanted to create suspense when the team come out of the dressing room, so that they know what awaits them outside: a full stadium and a great atmosphere. For the opposition, they know a red hell awaits them.

We aligned the design concept with our marketing strategy and want to further strengthen FC Bayern’s identity. 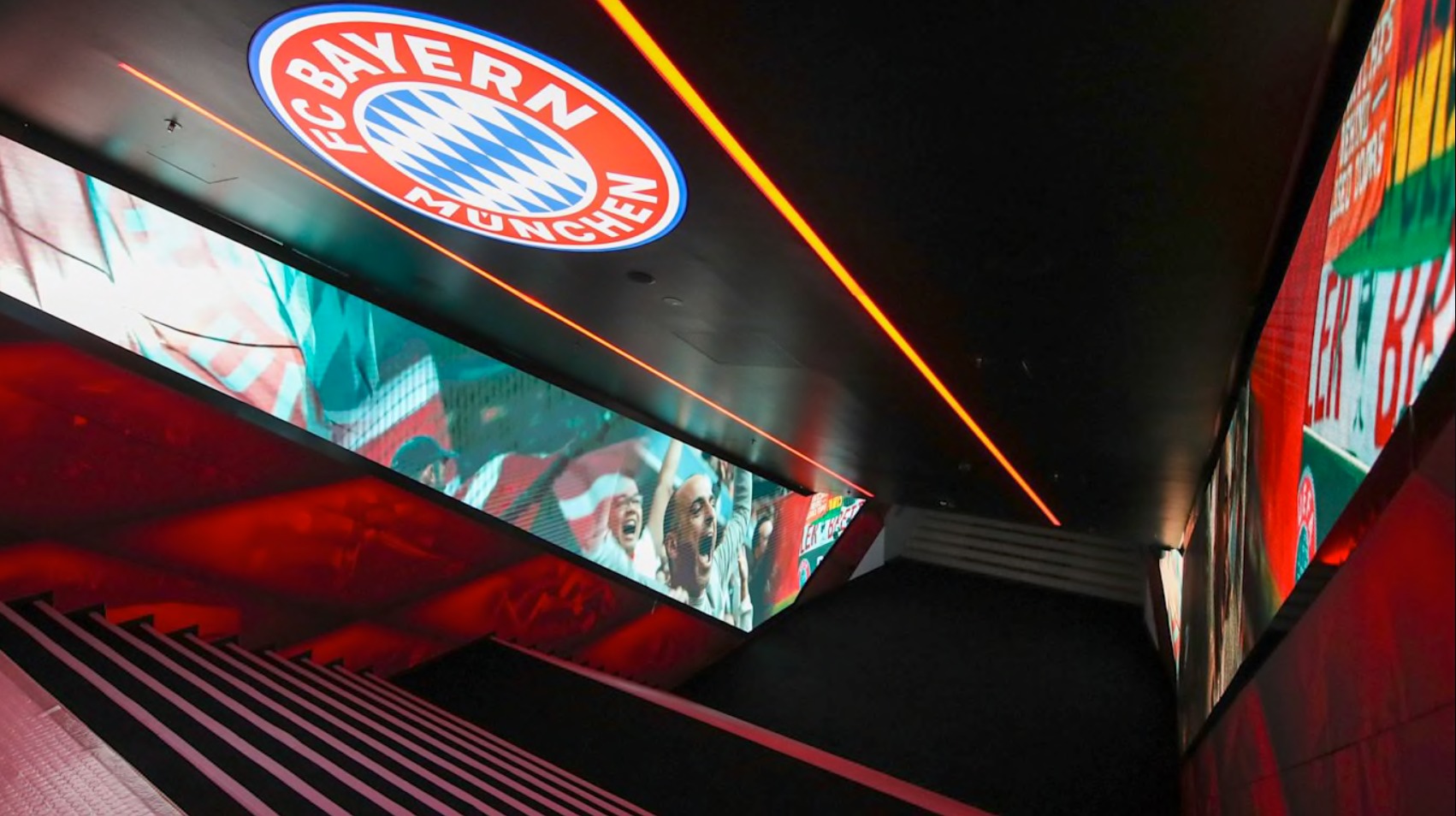 The players’ tunnel at Allianz Arena, home to FC Bayern, has been given a fresh, digital makeover

In other news, just in time for the start of the Champions League on 18 September 2019, the interior of the Allianz Arena – one of the world’s most modern stadiums – shone brightly in an even more vibrant ‘FC Bayern red’.

During the evening, the new effect lighting was officially turned on by Karl-Heinz Rummenigge, Chairman of the Executive Board of FC Bayern München AG, and Alfred Felder, CEO of the Zumtobel Group.

With its comprehensive lighting expertise, the Zumtobel Group redesigned the inner roof area of the Allianz Arena, one of the world’s most modern stadiums, with new lighting technology.

The lighting group is implementing a complete lighting solution in several areas of the Allianz Arena. The first part, the inner roof area, has now been completed with the lights officially turned on for the occasion of the game against Belgrade.

In even more exciting news for FC Bayern and the city of Munich: it has been confirmed at UEFA’s Executive Committee meeting in Ljubljana that the German Football Association (DFB) has been entrusted with staging the 2022 UEFA Champions League final.

The DFB proposed the city of Munich and Bayern’s stadium in its bid, meaning that the Allianz Arena will again be the venue for the biggest match in European club football, 10 years after the ‘Finale dahoam’ between Bayern and Chelsea.

Munich is a sporting city where lots of the citizens are passionate about football. I’m therefore very pleased that we’ll be hosting the Champions League final for the fourth time in 2022 and will be able to welcome fans from all over Europe for a great celebration of football.

Bayern Chairman Karl-Heinz Rummenigge is also thrilled by the announcement:

We’re delighted that after 2012, we can again host the final of the UEFA Champions League at our Allianz Arena. On behalf of FC Bayern, I would like to thank UEFA and its president Aleksander Čeferin for their trust. A special thanks also goes to the city of Munich and in particular mayor Dieter Reiter for the fantastic support with the bid for this major event. I’m confident that the city of Munich and FC Bayern will together organise a festival of football, where we will present ourselves to the world as professional and modern but at the same time friendly and close to our roots. 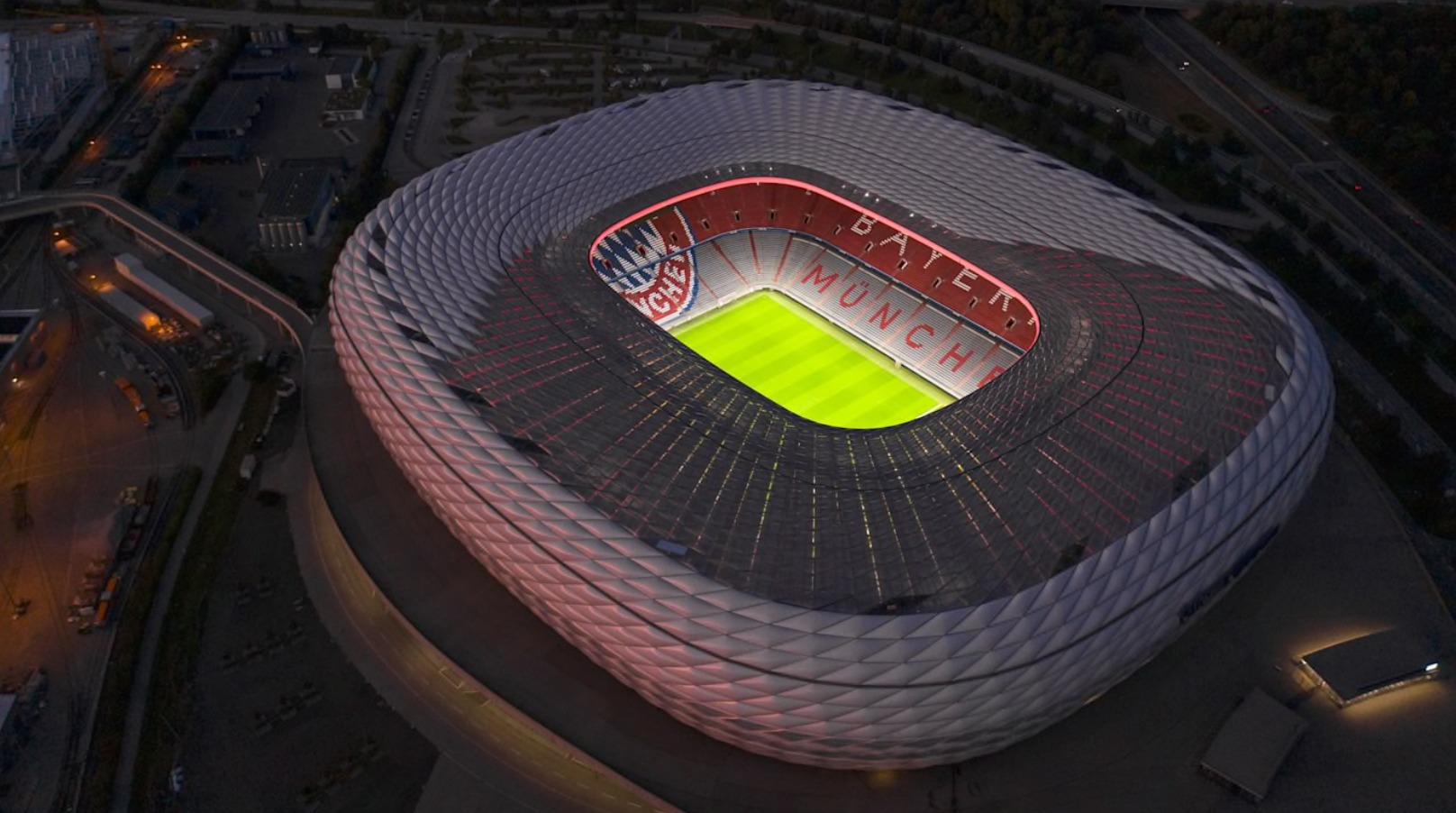 Zumbotel Group is implementing a complete lighting solution in several areas of the Allianz Arena. The first part, the inner roof area, has now been completed