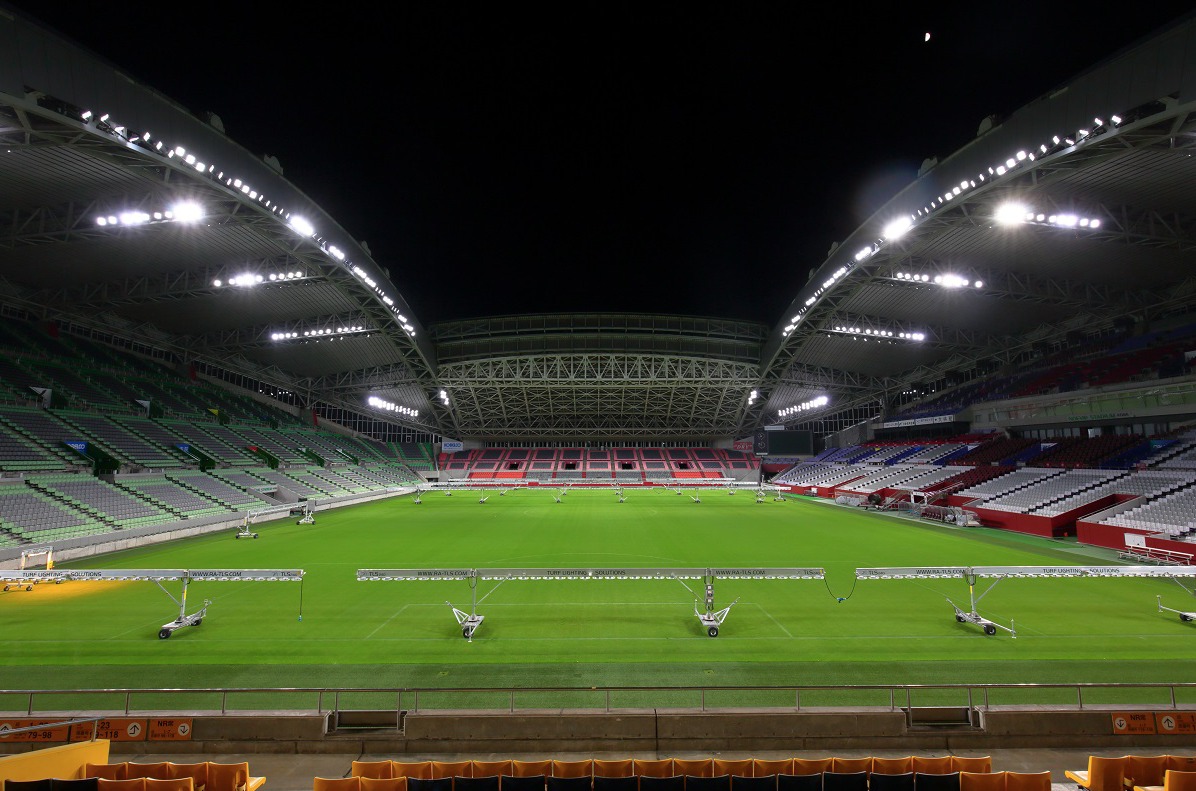 Signify has installed LED lighting in Kobe Misaki Stadium, one of the host venues for the world’s biggest rugby tournament, the 2019 Rugby World Cup Japan, which got underway this weekend, with the Final being held November 2.

The Philips ArenaVision LEDs that have been installed, are controlled by Signify’s Interact Sports connected lighting system, creating spectacular light shows and allowing for the programming of multiple light scenes to adjust lighting standards to the different sports that are played in the stadium.

The new LED lighting system in the 30,132-seat stadium was commissioned via an innovative method using robotic measurement and includes video aiming and laser scan.

Kobe Misaki Stadium, now in use during the world’s biggest rugby tournament, is the also the home ground for the Japanese professional football league side, Vissel Kobe, which plays in the J1 League. Japanese rugby union team Kobelco Steelers also uses it for their home fixtures of Top League.

This 5-storey stadium is one of the most beautiful stadiums in the 2019 Rugby World Cup Japan. With its retractable roof, stands that are close to the pitch and perfect acoustics, the Kobe stadium offers great spectacles and shared moments. It has already completed hosting duties for the 2002 FIFA World Cup.

A total of 404 Philips ArenaVision LEDs were installed. The multiple light scenes in the Interact Sports system can be played back to meet different lighting standards that are required by rugby, as well as football associations. It creates stand-out fan experiences that ‘wow’ audiences before, during and after the match, making Kobe stadium a more attractive multipurpose venue to host other major events. The new energy-efficient LED lighting also uses less electricity compared to conventional lighting, saving 45% in electricity costs. 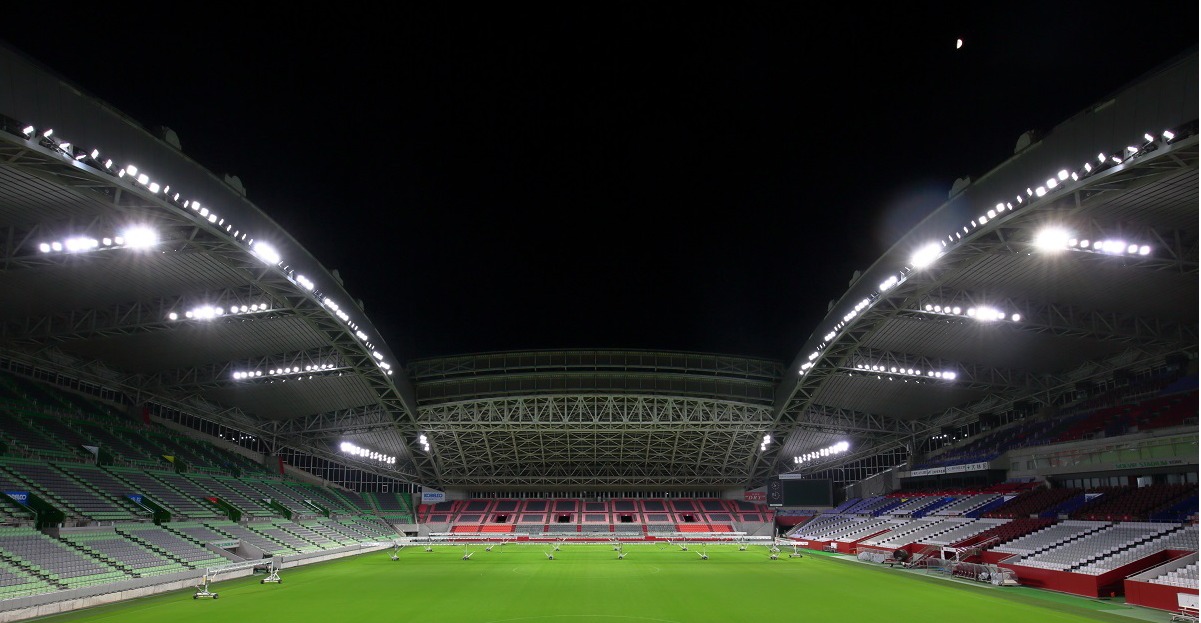 We’re very proud to light up Kobe Misaki stadium for the world’s biggest rugby tournament held in Japan. The players get perfect lighting on the field and the legion of rugby fans around the world, watching a match on TV, can see every detail in the highest definition. Fans in the stadium can enjoy light shows adding to the incredible atmosphere.

Mr. Nakamoto, Kinden Corporation, one of the largest M&E Contractors in Japan and appointed by Kobe City for this project, said:

We were impressed with Signify’s commissioning and engineering methods, which were very new to us. The new technologies were very useful and necessary to complete our project smoothly. We’re very happy to work together in this project and would like to thank the project members within Signify.

Besides Kobe Misaki Stadium, Signify is also responsible for the lighting of Aichi’s Toyota Stadium, where another four matches of the rugby tournament will be played.

The Toyota and Kobe stadiums are the first two outdoor stadiums in Japan to use robotics to install the connected lighting system, Interact Sports, in combination with high performance Philips ArenaVision LEDs.

ALSD International – Europe’s one and only event dedicated to the Premium/VIP/Club Seat & Hospitality sector – is coming to Croke Park Stadium in Dublin, Ireland, this October, 28-29. Some 50+ speakers, together with 40+ exhibitors/partners/sponsors from across Europe and North America, will be providing insights on how to increase revenues through new builds, renovations and service expansions, as well as via the latest developments in F&B and technology offerings, to the 150+ attendees confirmed to date.