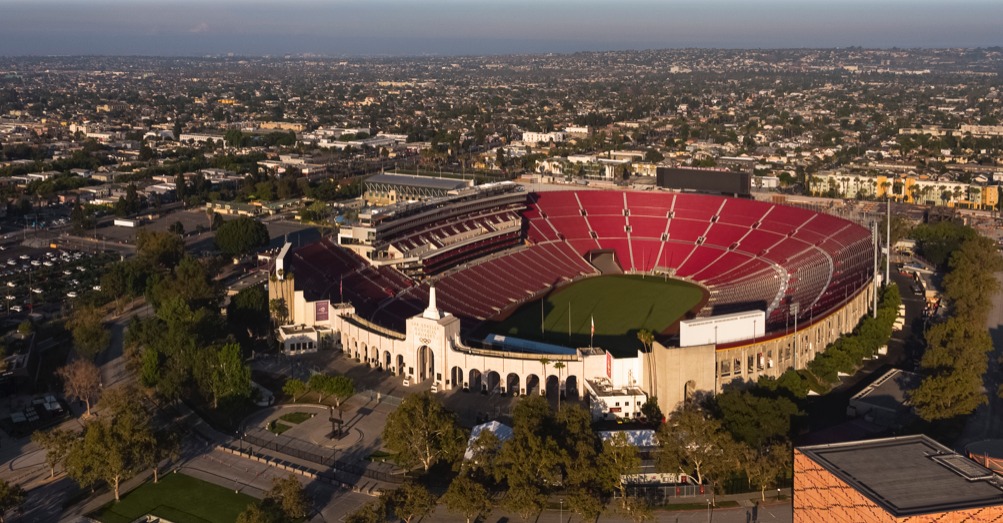 The recently revealed modernisation of the Los Angeles Memorial Coliseum, which encompasses well over 1,000,000 total square-feet, honours the tradition and heritage of the historic facility, while creating a true game-day experience for all University of Southern California fans.

DLR Group led the design of a US$315m modernisation, which delivers a decided home field advantage for the University of Southern California (USC) Trojans football program.

The Los Angeles Memorial Coliseum was built in 1923 and the USC Trojans played their first game there on October 6, 1923. Since then it’s hosted two Olympics, two Super Bowls, a World Series, a Papal Mass, visits by three U.S. Presidents, and scores of additional sporting and social events.

A focal point of the modernisation was the design and construction of a new suite and press deck inserted seamlessly into the existing bowl on the south side of the stadium. The renovation also saw the addition of multiple suites, loge boxes, club seats, press boxes and a new concourse.

The improvements to the stadium seating and aisles reduced seating capacity from 93,607 to approximately 77,500, with every seat in the stadium replaced and handrails installed throughout. 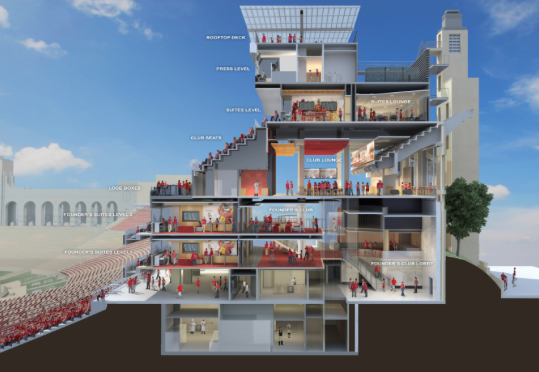 The NFL’s Los Angeles Rams – for whom the Coliseum is their temporary home – were the first team to play in the newly renovated stadium for a pre-season game against the Denver Broncos. The venue will also be used for the Los Angeles Summer Olympic Games in 2028.

The USC Trojans opened the 2019/2020 season at the new-look venue on August 31 against Fresno State.

Don Barnum, DLR Group Principal and lead of the firm’s Sports Studio, said that when dealing with any historic preservation project:

A lot of things come into what makes it a historic landmark and it is not just a view. We have to maintain that integrity.