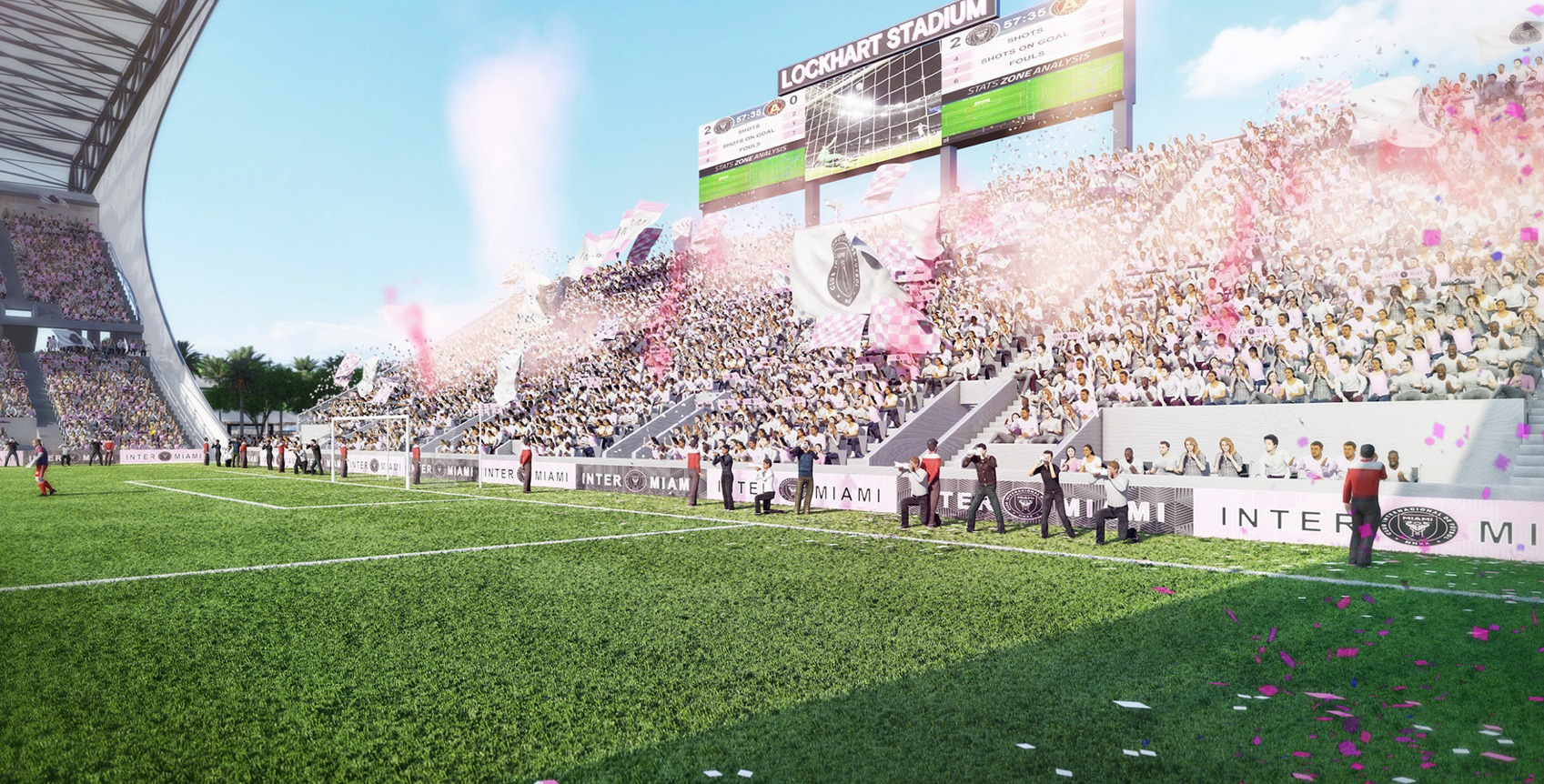 Jorge Mas, Inter Miami’s Managing Owner, emphasised the opportunities the new stadium will bring to the community’s youth through its Academy, public green space and amenities:

With this major milestone, Inter Miami announced the opening of season-ticket deposits for the inaugural Major League Soccer campaign in 2020. Fans can now reserve priority access to select season tickets with a minimum $50 deposit per seat and $150 per suite. Inter Miami will announce full ticketing information in early summer 2019, with single-game tickets going on sale in January 2020. For more information, visit: intermiamicf.com/tickets.

Aside from the 18,000-capacity stadium and training complex, Inter Miami and the City of Fort Lauderdale will turn the 64-acre Lockhart Park into a soccer-centric community destination featuring green space and soccer fields for public use

Mas said Inter Miami CF will work closely with the City of Fort Lauderdale and its partners to build a soccer stadium that delivers “a unique and entertaining game day experience for our community ahead of the 2020 season launch.”

Ray Hudson, a former MLS player, manager and commentator who played at Lockhart Stadium, was present at the event and expressed his appreciation for Inter Miami’s efforts in building the new stadium and enhancing the community.

Mayor Trantalis added that the revitalisation will transform the park that has given the city many memories over the last 60 years.

Those memories will now have a new home with this visionary project. We look forward to continuing to work closely with Inter Miami to create a leading destination for professional and youth soccer, bring significant public improvements and amenities to the site, and provide our community with opportunities to make new memories.

Mas, Mayor Trantalis, Moraitis, Fiore and Jonathan then gathered a few hundred feet in front of the stadium’s old ticketing booth. After counting down from three, the group pressed a button that triggered the demolition of the booth by an excavator.

Following on from this event, Lemartec Construction will demolish both stadiums within Lockhart Park, with plans of completing the new stadium and training complex by February 2020; MANICA Architecture being responsible for the designs.

Aside from the 18,000-capacity stadium and training complex, Inter Miami and the City of Fort Lauderdale will turn the 64-acre Lockhart Park into a soccer-centric community destination featuring green space and soccer fields for public use. The soccer fields and the stadium will be available for local high school competitions across different sports in coordination with the City of Fort Lauderdale.

Inter Miami will play its first two MLS seasons in Fort Lauderdale’s Lockhart Park before moving its home games to Miami Freedom Park upon completion. The Fort Lauderdale site will remain as Inter Miami’s permanent training complex for its MLS, USL and Development Academy. The stadium will transform Fort Lauderdale into a global destination by bringing international soccer competitions to South Florida.