Club Wembley has unveiled the hottest new ‘club within a club’ – Number Nine. Opening within Wembley Stadium connected by EE, the brand-new members only offering is set to open at the start of the 2019/20 football season.

Named after England’s strikers, past and present, Number Nine offers an environment for members to enjoy the game, right at the heart of the Home of English Football. Situated in the Atrium Lounge on the north side of the stadium, it’s positioned centrally with seats adjacent to the Royal Box.

It was created following in-depth research and data analysis of the football fanbase, attendees of sports events at Wembley Stadium and the changing demands for premium sports experiences in the UK.

Number Nine members will experience the best views of some of the biggest events in the footballing calendar, as well as a modern, innovative and colourful dining experience. Inspired by some of London’s top food destinations, including Brick Lane, Billingsgate and Smithfield markets, members can enjoy gastronomic delights pre- and post-match.

Accompanying the Best of British menu will be street vendors from around the world, offering the finest carved Spanish Serrano ham, rich, spiced tagine from North Africa, or homemade Greek delights. Members can also enjoy fine wines and beers.

Leading architecture and design specialists KSS Design Group created the contemporary design. This follows the success of its other recently launched spaces within Club Wembley, including One Twenty, Centre Circle and The Lioness gastropub.

We’re really excited to be launching Number Nine this summer. We wanted to create a space that is very distinct within Club Wembley and unlike any other football hospitality. We’ve made it feel like a luxury retreat for members, with greenery on the walls, striking Herringbone floor tiling and bold uses of colour. It’s a relaxed space with all the style and flair you’d expect from a Number Nine.

We’ve only just announced it to existing Club Wembley members, and Number Nine is already in high demand. People are looking for a product that balances exclusivity with a relaxed environment, and we’re confident that we’re delivering that and more.

Membership costs £6,000* (incl. VAT) and is available to buy now ahead of the opening in August for the FA Community Shield. *Price for year one, three season minimum membership term.

Number Nine members will benefit from all of the usual Club Wembley benefits, including:

For further information, visit the Club Wembley website at: www.clubwembley.com 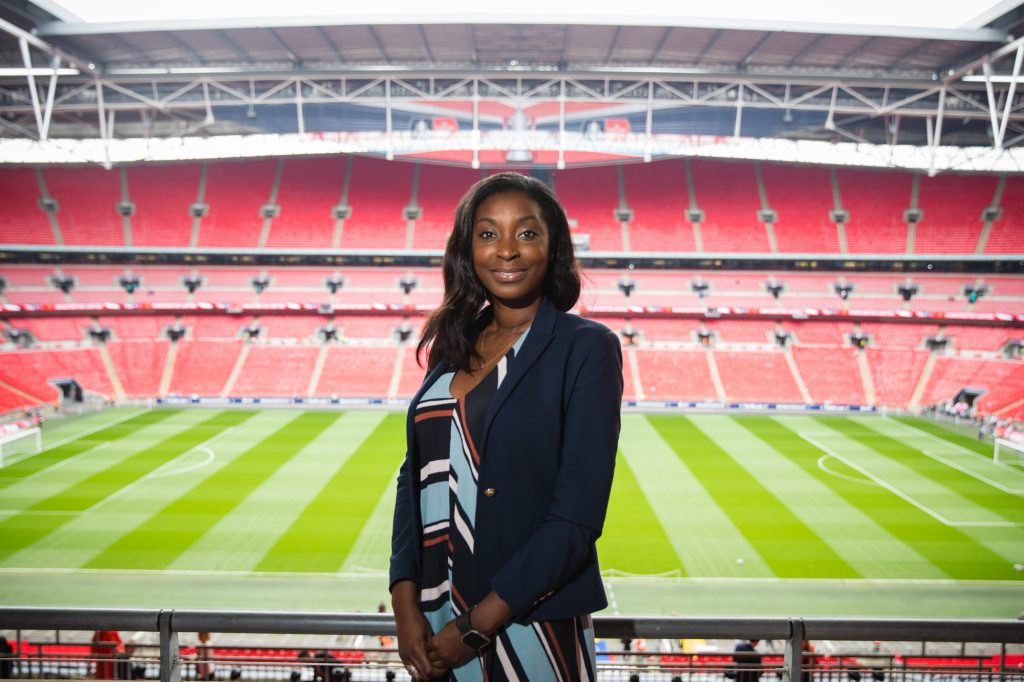 The iconic Wembley Stadium connected by EE is gearing up for a record-breaking line up of fourteen concerts this summer with over a million music lovers expected to visit.

Five weeks of shows starting Saturday 1 June will include the Spice Girls reunion, P!NK and K-pop stars BTS. A total of nine superstar headliners makes it the world-famous venue’s biggest summer to date. The previous record was set at thirteen shows in 1992.

We are delighted to host what will be a record-breaking year for music at Wembley Stadium. Holding music events and attracting more people to our venue are an essential part of our business and we are looking forward to hosting some of the world’s biggest artists this summer. We are setting the bar high in 2019 and long may this continue.

Korean superstars BTS will kick off the summer run of concerts, with the boy band adding a second date to their highly-anticipated Wembley debut after the first night sold out in less than an hour. The Spice Girls will make history by bringing their reunion tour to Wembley Stadium for three nights in their first set of shows since the 2012 London Olympics closing ceremony.

Other acts to perform under the arch include legends Fleetwood Mac, P!NK, Bon Jovi, Billy Joel, Eagles, The Who & Eddie Vedder, as well as the party of the year known as Capital Summertime Ball.

Charlene Nyantekyi was one of 60-plus speakers at the 2018 edition of ALSD International – Europe’s leading event for the Premium Seat & Hospitality sector – and is an Advisory Board member. Ros Robinson, Head of Club Wembley Development and Debbie Power, Associate Director, KSS, are just some of the expert speakers confirmed for the 2019 event, taking place at Croke Park Stadium this October.

KSS is not only a VIP Sponsor of Sports Venue Business (SVB) but also a returning exhibitor at ALSD International. For further information on their award-winning architecture and design services, simply click on their banner advert below or visit them on stand #7 at this October’s ALSD International exhibition and conference…