Philadelphia Union has announced the construction of a new Premium VIP club in Talen Energy Stadium, anticipated to open in the late summer of 2019. The club will offer exclusive opportunities from food and beverage to one-of-kind experiences, such as close proximity to the players throughout the game.

Located behind the River End, and next to the Union locker room, the newly named “Tunnel Club” will offer special game day experiences to West Side Field Seat, Field Table, Manager’s Row and Presidential Row Season Ticket Members. The maximum capacity of 150 VIP guests ensures each person will have a unique, unforgettable game-day experience at Talen Energy Stadium.

The 3,000 sq. ft. club offers fans access to Union and visiting team players during pregame, halftime and postgame where they are able to watch and cheer on players entering and exiting the locker rooms.

The Tunnel Club will offer a world-class, luxury experience that is truly one-of-a-kind for Union fans at Talen Energy Stadium. Not only will this club provide an unparalleled VIP setting to take in Union matches, it will also bring our fans so close to the players they can see their raw emotion and energy as they come on and off the field.

Those with access can also enjoy all-inclusive food and beverage inside the club, and Manager’s Row and Presidential Row members will have a private and personalized locker area for their use.

The Tunnel Club reflects similar spaces used by international clubs such as Tottenham Hotspur and Manchester City and locally like the Philadelphia Eagles for their VIP members. 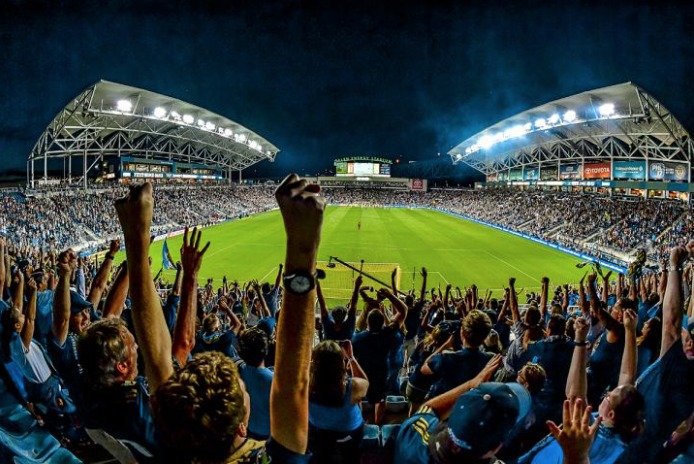 Talen Energy Stadium, a state-of-the-art 18,500-seat Major League Soccer (MLS) stadium, serves as home to Philadelphia Union. Public support from the State of Pennsylvania, Delaware County and the City of Chester reinforced private support for the mixed-use development, which is helping to drive a “renaissance on the river” in Chester.  The stadium is located just five miles south of the Philadelphia International Airport at the southwest corner of the base of the Commodore Barry Bridge, with easy access to major roadways such as I-95, I-476, US-322 and PA-291. Additionally, the Northeast Corridor Amtrak, Conrail and SEPTA rail lines run two train platforms within a short distance from the site.

A multipurpose facility that has features 29 luxury suites, a full-service club restaurant and a built-in concert stage, Talen Energy Stadium is the ideal destination for any type of event. An expansive grass and promenade area surrounds the building and is perfect for tailgating and outdoor music festivals. The natural grass surface that covers the 120 x 75 yard field is suitable for soccer, as well as other sports such as football, lacrosse and rugby. The sideline roofs were designed to protect fans from the elements without obstructing the scenic view of the Commodore Barry Bridge and the Delaware River from their seats.

Talen Energy Stadium has been recognised on multiple occasions, winning awards from Mid Atlantic Construction Magazine for “Best Sports/Recreation Project of the Year,” the Delaware County Planning Commission for outstanding land projects in the County and the NCS4 Facility Achievement Award that honours venues that excel in safety and security operations.

How to increase revenue through new builds, renovations and service expansions, in addition to the latest F&B and tech offerings, is the focus of the ALSD International conference and exhibition – Europe’s leading event for the Premium Seat & Hospitality sector – coming to Croke Park Stadium in Dublin, Ireland, this October, 28-29.

ALSD International is organised by the Association of Luxury Suite Directors (ALSD) in conjunction with Sports Venue Business (SVB). The annual ALSD Conference & Tradeshow, including the Sports Venue Design & Build Forum, is being held in Chicago this June 30-July 3.