Six levels to the Finale 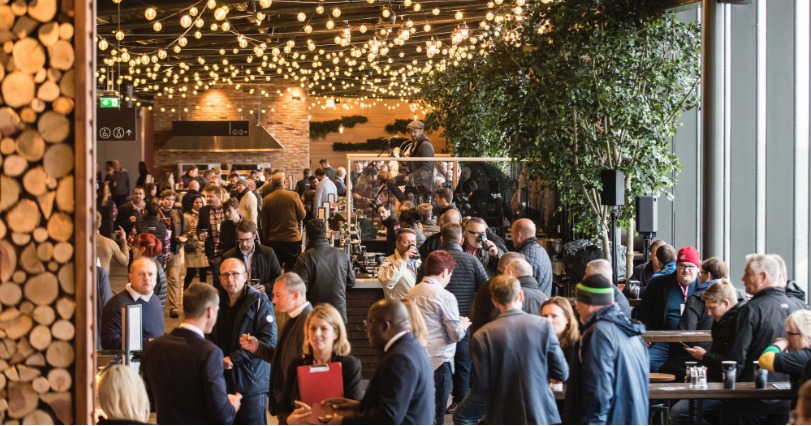 At the Home of Rugby, KSS have been lead architects and designers for the major refurbishment programme at Twickenham Stadium since 2011, having delivered six levels of magnificent environments for supporters to enjoy during the 2019 Guinness Six Nations in the recently completed East Stand Development.

For just under a decade, KSS have delivered ambitious upgrades to improve both the fan experience at Twickenham Stadium, and the players’ facilities as part of a wider 25-year plan.

The global design practice’s work with the Rugby Football Union (RFU) has been tremendously rewarding, culminating in the recently completed East Stand Development in November 2018. The new major expansion of the existing hospitality and conferencing operation is not only distinctive and unique in its design; it has delivered six levels of magnificent environments for supporters to enjoy during the Guinness Six Nations Championship 2019. 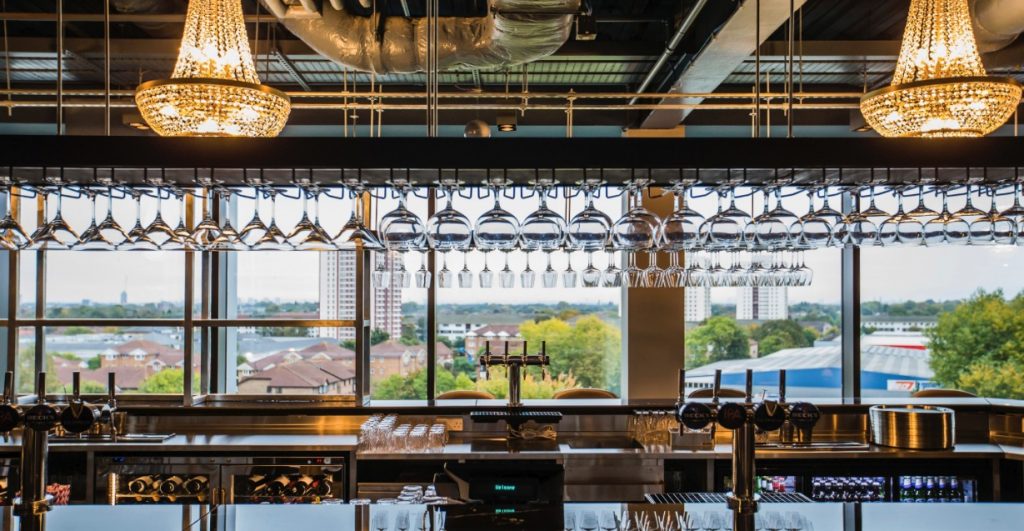 KSS have been lead architects and designers for the major refurbishment programme at Twickenham Stadium since 2011, having delivered six levels of magnificent environments for supporters to enjoy during the 2019 Guinness Six Nations in the recently completed East Stand Development

In the two matches against France and Italy, and tomorrows’ crucial game against Scotland, it is expected that over 10,000 covers will have been served, 45,000 plates of food and 1,000 pizzas consumed at the newly refurbished East Stand. 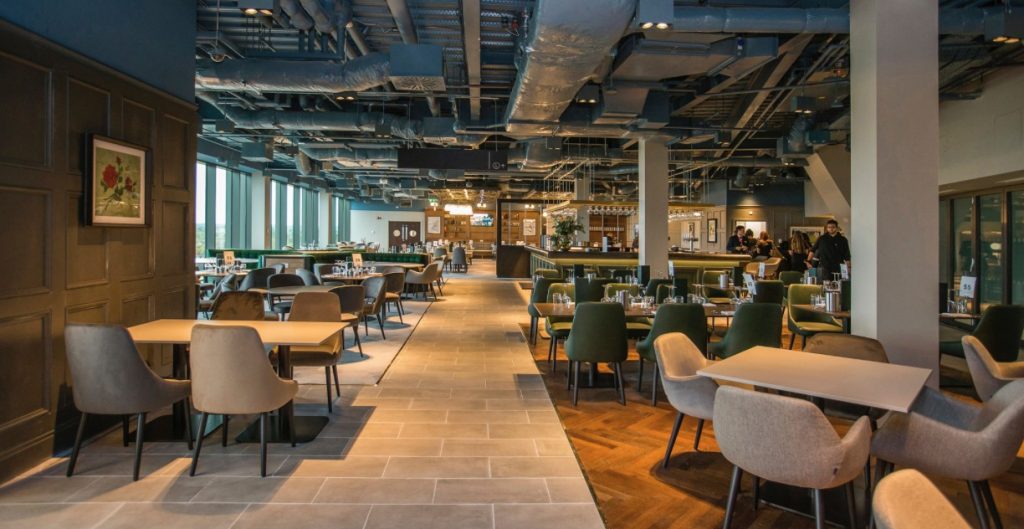 KSS have delivered ambitious upgrades to improve both the fan experience at Twickenham Stadium, and the players’ facilities, as part of a wider 25-year plan at the Home of Rugby

Ahead of the final round of fixtures – six members of staff have their say on the Six Nations so far, who they think will win and the fan experience.

England are still my favourites to win The Six Nations Championship given Ireland’s solid performance last week against the French. It certainly will be an exciting final weekend.

For me personally, there have been two key highlights this year. Firstly, it was being in a Rugby bar in the French Alps when England showed how ruthless they can be and inflicted one of the biggest victories in history against Le Bleu! Secondly, it was Dan Robson’s try against Italy last weekend. Dan is the son of Simon Robson who was the Rugby coach at my secondary school, so it was great to see him over the line in a white jersey!

Nobody was speaking about Wales before the tournament as potential winners, but I am not at all surprised to see they are on the verge of the Grand Slam. Wales have a very strong squad and have played really well all tournament. The fact that they are leading the table on the same amount of tries as the team at the bottom says a lot about the strength of their defence.

The match on Saturday between Wales and Ireland has all the ingredients for an absolute classic – but as an Irish fan, I am hoping we take the win and Scotland can perform a miracle at Twickenham to give us The Championship. Fingers crossed!

After a sub-standard Six Nations, it would appear Wales are going to take the Grand Slam – unless Ireland can put on a masterclass in Cardiff to break the ‘brick wall’ Welsh defence.

Sadly for my team Scotland, it has been the same old story, play well for one-half of a game and very poorly for the rest. Once again, the biggest downfall has been the lack of knowledge in how to catch and hold a ball, a fundamental skill to the game of Rugby.

My favourite Six Nations moment and always will be (until Scotland win the tournament!) was when Scotland beat England 18-12 at Murrayfield in 2006. This was the first time I had experienced a Scottish victory over England and it will stay with me forever. I hope that a similar result can happen this weekend, but I have a feeling that may not be the case!

England should have beaten Wales in Cardiff, just like in 2015, and only have themselves to blame. Now, England need a lot of luck to win the Six Nations, they’ll beat Scotland, but sadly I see Wales beating Ireland. There is always the World Cup later this year though!

I also think the recent comments by England Head Coach Eddie Jones regarding a promotion and relegation system in the Six Nations is perfectly valid.

Six Nations prides itself on its unpredictability and intensity, but there isn’t anything unpredictable about playing Italy. There needs to be a promotion / relegation system between The Six Nations and Rugby Europe International Championships that will allow the best six nations to participate in the tournament.

Fans want to see the best teams – imagine playing Georgia in a play-off in front of 60,000 fans to save yourself from relegation! That would be extraordinary and something I would love to see!

As the Wales men’s team head towards the Grand Slam, England Women are also just one win away from the coveted prize.

Rugby fans have been flocking to matches this year with over 6,000 fans at Energia Park to watch Ireland’s match against France, a record for a standalone Ireland Women’s home game. Exeter’s Sandy Park also welcomed over 10,000 spectators, an English record for a non-World Cup game.

The women’s game is growing quickly and it will be great to see a full house at Twickenham on Saturday to see if they can seal the Grand Slam against Scotland Women.

March 2012 feels like a sporting lifetime ago – the last time Wales won the Grand Slam.

I did not think it was possible before the start of this tournament, but defensively Wales have been incredible! I still think there will be some twists and turns throughout the matches, but sadly, when England kick-off against Scotland, there will only be one trophy up for grabs, the Calcutta Cup, not the Six Nations.

Everyone at KSS is looking forward to the finale of the Six Nations Championship – it has been a fantastic tournament with sell-out crowds, storming tries, crunching tackles and incredible defensive displays. On Rugby’s biggest stage, we are proud to have contributed to the improved player and fan experience designing fantastic environments to enjoy The Game. 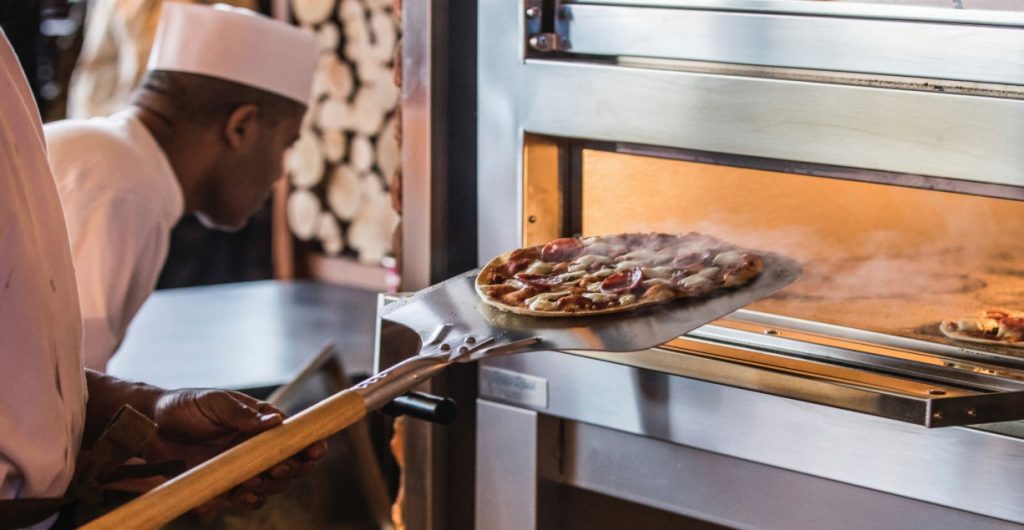 KSS is a longstanding VIP Sponsor of Sports Venue Business. Make sure to check out the many articles we have published, as well as the numerous interviews and video interviews we have conducted with them over the years. To find out more about their industry-leading services, go to their Directory listing or simply click on the below.

KSS is an exhibitor at ALSD International – Europe’s leading event for the Premium Seat & Hospitality sector – being held at Croke Park this October, 28-29. Associate Director, Debbie Power, is one of the industry experts set to impart key learnings at this must-attend conference and exhibition, which will examine Premium Seating/Hospitality and how to increase revenue through new builds, renovations and service expansions, as well as via the latest F&B and technology trends.