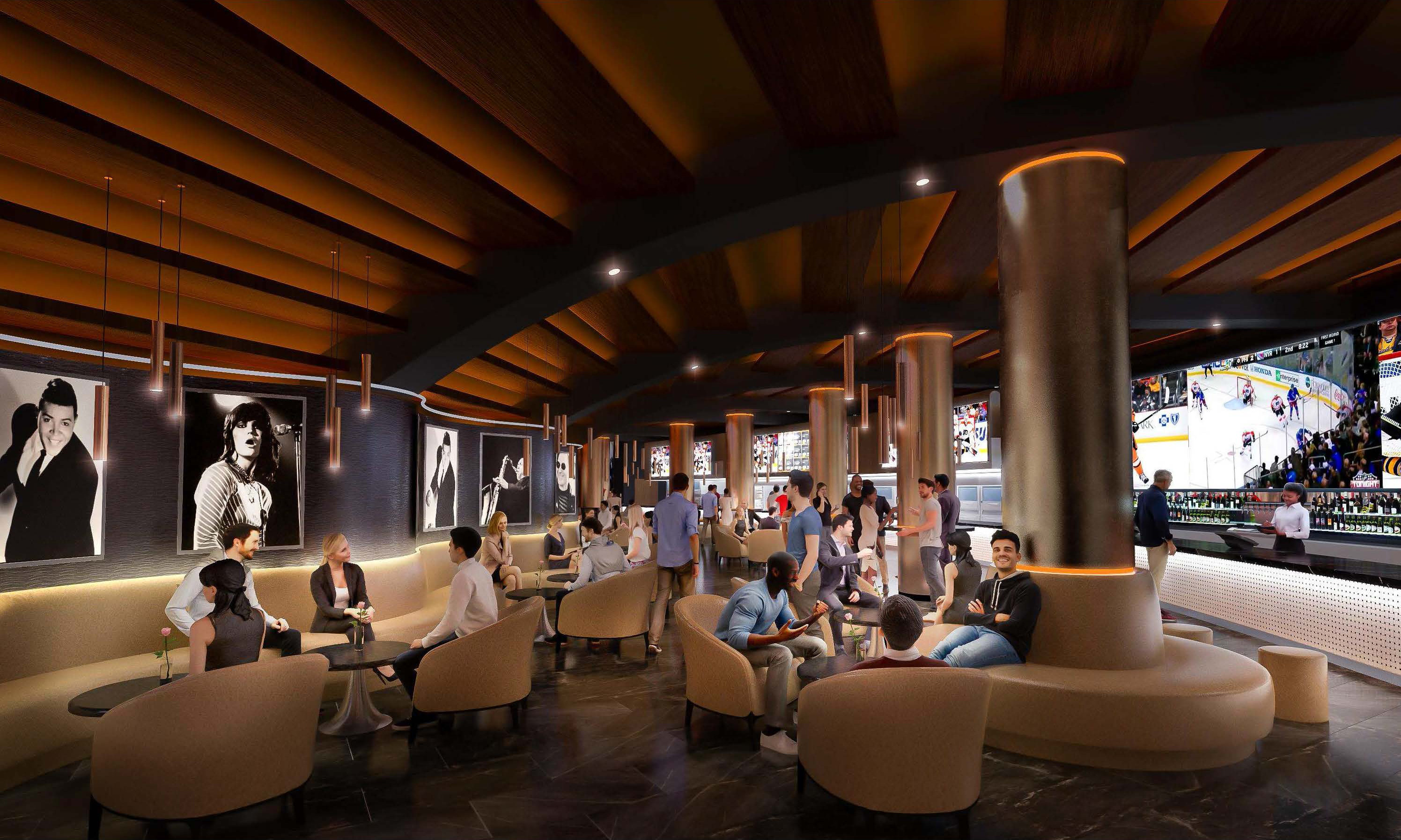 Comcast Spectacor has unveiled plans for an expansion and redesign of the Wells Fargo Center’s exclusive event-level club.

Details of the reimagined Center City Club are the latest in a string of advances unveiled within the arena’s multi-year Transformation 2020 initiative. Following the announcements of a new Kinetic 4K Scoreboard and overhaul of the Main Concourse, as we’ve reported over the last couple of weeks, these latest renovations continue to progress the US$250m project.

The Center City Club, located on the southeast quadrant of the Event Level, will introduce an unmatched entertainment atmosphere to the Wells Fargo Center. Just steps away from the action on the ice, court or stage, this exclusive club will combine the city’s vibrant culture with a flair of luxury and curated modern ambiance. Upon completion, the space will double from its current size of 3,709 square feet to 7,393 square feet and will also produce more direct access to the event floor.

We are completely transforming our existing event-level club to deliver an elevated experience for our best seat holders.

The culinary offerings in the club will be an experience in itself. A large show kitchen with state-of-the-art surfaces will be a focal point of the redesigned space and will be flanked by two 50ft luxury bars on either side. Expertise of talented chefs will be showcased as they create enticing items off a custom and rotating menu. Ticket packages with admission to the club will vary per event and will have comprehensive offerings including all-inclusive food and beverage. Ice Row Seat holders and specified seats in neighbouring sections at Flyers games, VIP guests & Centennial Members at 76ers games, the Field Zone at Soul games and floor seats for select concerts will have access. 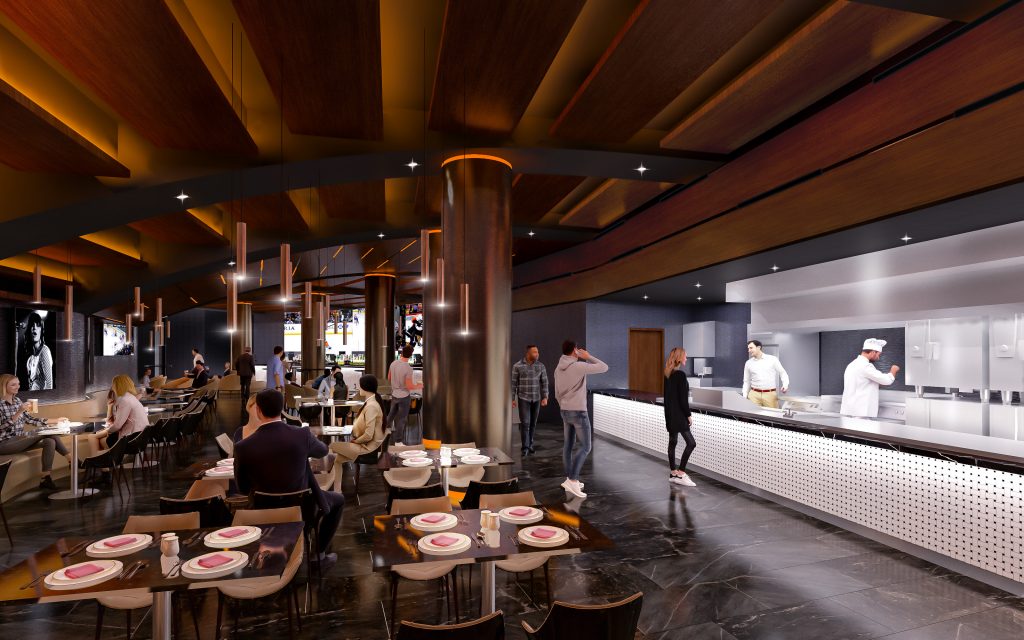 Fans can expect improved points of service when getting a drink or bite to eat, as the total bar space will double in size and relocate to the more expansive side of the room. Patrons can comfortably relax within the redesigned seating area that will include an abundance of options with a traditional sit-down dining layout and lounge spaces.

Visually, the dynamic space will keep members connected to the action on the floor and to outside events. With 27 live-action screens throughout the club, plus 700 total square feet of LED screen real estate behind both bars, guests of the club will be sure not to miss a moment of the action. The redesign will include a more exposed entry way for easier access to and from the event floor and will also include brand-new bathrooms which will double in size.

On non-event days, outside clients will be able to utilise the dynamic space to host special events in an unrivalled environment. The Center City Club, which will double in size and now hold up to 1,000 people, sets the stage for a memorable and exclusive experience for any type of gathering including private parties and corporate events.

This Transformation 2020 development is the latest of several projects to go underway this summer. It quickly follows the Wells Fargo Center’s announcement of plans for an overhaul to the Main Concourse level. This phase embodies the largest investment in the fan experience and most impactful improvements since the arena first opened its doors in 1996. Among the many exciting developments include a re-conceptualised approach to dining and social interaction throughout, 8,000 brand new seats within the lower bowl, a concierge-style box office and a dynamic LED video and lighting system that reacts in real time to carry the energy of the game to every corner of the Wells Fargo Center. 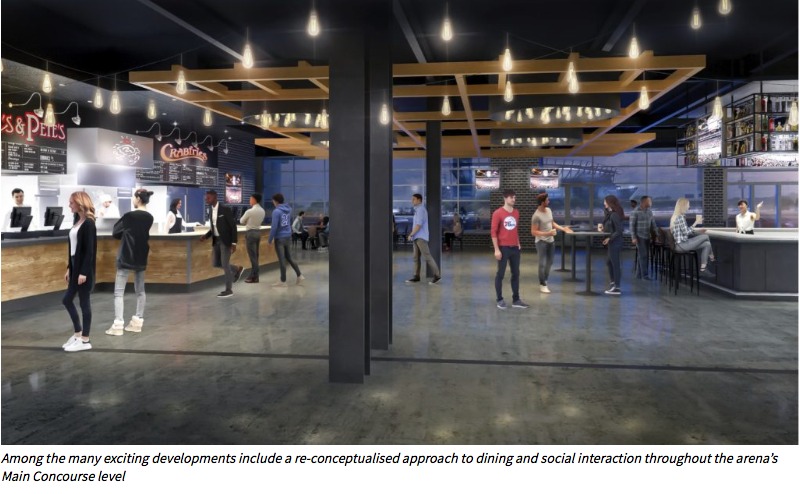 Prior to the Main Concourse announcement, plans to install the world’s first Kinetic 4K centre-hung scoreboard were unveiled. Arriving in the Autumn/Fall of 2019, the next-generation entertainment system will feature 65% more 4K LED screen real estate when compared to the Wells Fargo Center’s current centre-hung model, and is larger than any arena scoreboard that hosts both NHL and NBA games. The agile Kinetic 4K system also features two massive crown trusses with independent movement and an unprecedented ability to expand and contract its main screens in order to best highlight the action below.

Last summer, the Wells Fargo Center implemented a total makeover of the arena’s Mezzanine Level, which accommodates approximately 40% of the arena’s total capacity. Not a single aspect of the Mezzanine Level’s original layout was left untouched, as new and expanded food and beverage options, concourse layouts with skyline views, over 150 new LED game-action screens, and upgraded points of sale were introduced.

SCI Architects are the architectural practice behind the project. 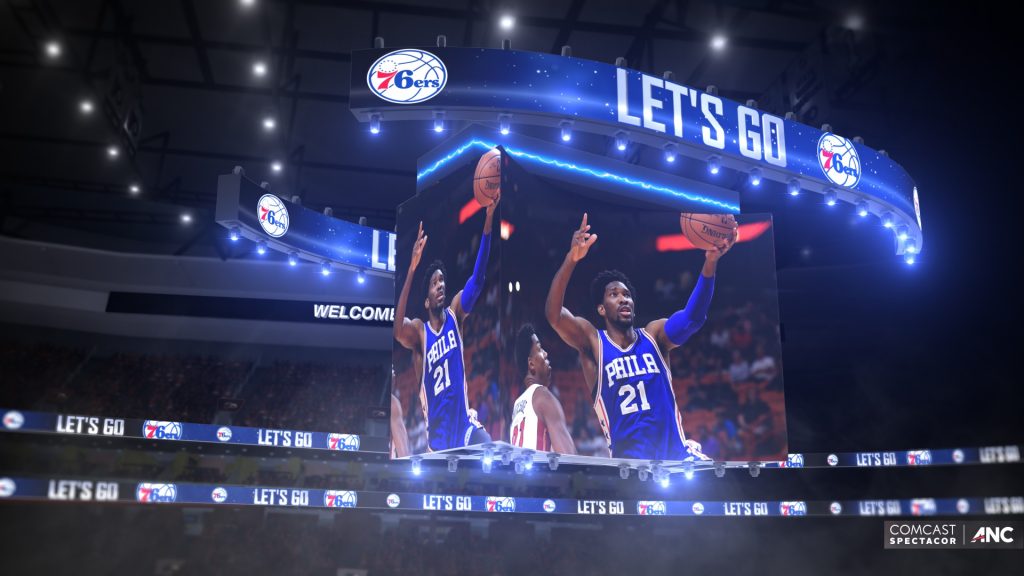 The Club/Premium Level is the focus of ALSD International, Europe’s leading conference and exhibition for the Premium Seat/Hospitality sector, which is being held at the 82,300-seat Croke Park Stadium – Europe’s third largest stadium – in Dublin, Ireland, this October, 28-29.