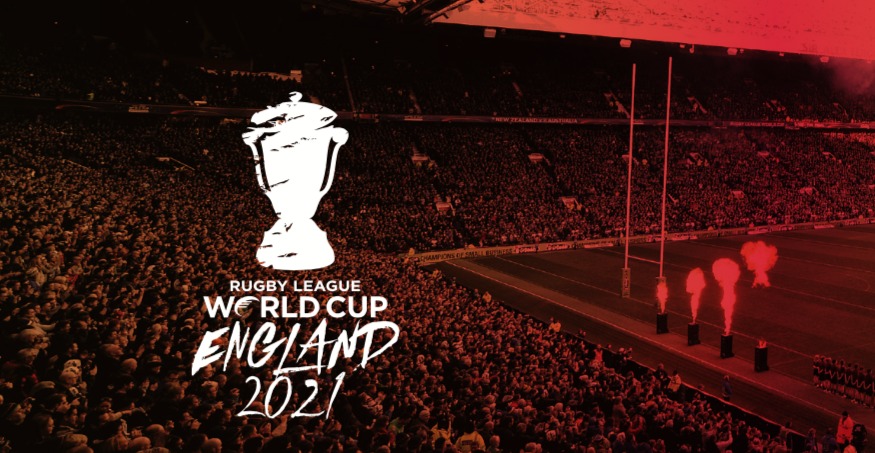 Set to be the most inclusive rugby league event ever, RLWC2021 will see the men’s, women’s and wheelchair tournaments played concurrently for the first time. Another UK first will see the women’s and men’s finals take place as a double-header at Old Trafford, and further west, Liverpool’s M&S Bank Arena Liverpool will host the wheelchair final.

The Emirates Stadium will host a men’s semi-final, making rugby league the only sport other than football to have been played at the home of Arsenal FC. The men’s opening ceremony will take place in Newcastle at St. James’ Park, following four successful seasons as the host of Magic Weekend. Fellow North-East venue, Middlesbrough’s Riverside Stadium will also host a men’s game and the UK’s City of Culture in 2021, Coventry will feature. 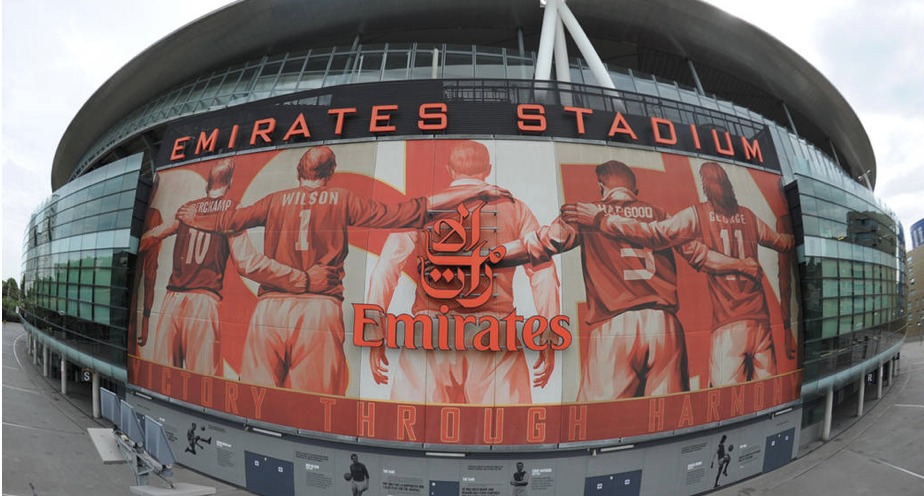 The Emirates Stadium will host a men’s semi-final during the RLWC21, making rugby league the only sport other than football to have been played at the home of Arsenal FC. Image, courtesy: Arsenal FC

Tournament organisers have met the Government target of hosting at least 80% of the tournament in the Northern Powerhouse; Doncaster, Huddersfield, Hull, Leeds, Liverpool, Manchester, Newcastle, Sheffield and York are amongst the Northern towns and cities making up the final list. Leeds will host several fixtures, including a men’s semi-final and two women’s fixtures across Elland Road and Emerald Headingley Stadium. In addition to the Wheelchair final, Liverpool will also host the women’s opening ceremony and a marquee  men’s quarter final at Anfield.

York will host multiple games in the women’s World Cup including both semi-finals. With new venues and an increased profile, RLWC2021 will also be the biggest ever tournament for wheelchair rugby league, with London’s Copper Box Arena hosting England’s group at the Queen Elizabeth Olympic Park.

Elsewhere there will be a heavy presence of core rugby league venues featuring, including St Helens, Warrington, Leigh and Workington, where a new purpose-built stadium will host three men’s games.

I would like to congratulate all of our chosen hosts who have worked so hard in submitting such compelling bids. Each and every host now has the opportunity to galvanise and inspire their respective communities ahead of the competing nations arriving in England. With all three tournaments running concurrently, RLWC2021 will give the chance for people across the country to engage in a variety of ways and really look forward to October and November 2021. This was an incredibly tough process given the large number of interested parties and the impressive nature of their bids. With so many competitive bids, we’re confident that our chosen hosts will help play a role in delivering the greatest, and most inclusive, Rugby League World Cup of all time.

The UK is renowned for putting on some of the biggest and best sporting events in the world and the Rugby League World Cup 2021 will be no exception. This tournament will provide a stage for the world’s best players in the men’s, women’s and wheelchair game to shine in cities and towns across the country. It is an exceptional opportunity to grow the sport. We are investing £25 million to help put on a fantastic event, reach new fans and improve facilities, so the tournament leaves a real legacy.

Bolton – The University of Bolton Stadium will host two men’s games, including an England group game and quarter-final.

Preston – First training base to be revealed.

Trafford – Old Trafford will host both the men’s and women’s finals as a double-header event.

Coventry – The Ricoh Arena will host one men’s game.

Kirklees – The John Smiths Stadium will host a men’s quarter-final.

Hull – The KCOM Stadium will host two men’s games, including a quarter-final.

Sheffield – Bramall Lane will host an England men’s group game. The EIS Sheffield will host a group and both semi-finals in the wheelchair tournament.

York – The Community Stadium will host a women’s group game and both women’s semi-finals.

London – The Emirates Stadium will host a men’s semi-final. The Copper Box Arena will host the England group in the wheelchair tournament.

The Rugby League World Cup 2021 Ltd (RLWC2021) are seeking a talented Commercial Director who will bring commercial leadership to the organisation and develop and implement a Commercial strategy. The Commercial Director will oversee the commercial department across Sponsorship, Partnerships and Broadcasting, Corporate Hospitality, Merchandise, Licensing and overseas travel.

Job description can be viewed here

This will require both strategic vision and commercial management of the organisation, leading staff and stakeholders.

RLWC2021 will be the sixteenth staging of the Rugby League World Cup. The tournament will include 32 teams and will be held in October to November 2021. RLWC2021 will see the men’s, women’s and wheelchair World Cup’s take place concurrently.

The successful candidate will report into the Chief Executive and will have responsibility for overseeing all commercial elements of the tournament.

The role will require a highly collaborative approach with multiple partners and will contribute to the tournaments vision of staging the biggest and best ever World Cup that benefits the sport in the long term. The role will require an eye for detail and a good understanding of the interdependencies involved in major event planning.

Jon Dutton, CEO, RLWC21, was one of the 60+ industry leading speakers that participated in the 2018 edition of ALSD International – Europe’s leading Premium Seat event – giving the Closing Keynote speech, which you can view by clicking on the image below. ALSD International 2019 is being hosted at Croke Park, Europe’s third largest stadium, home of the GAA, this October 28-29, with planned tours of Croke Park Stadium, Aviva Stadium and 3Arena. 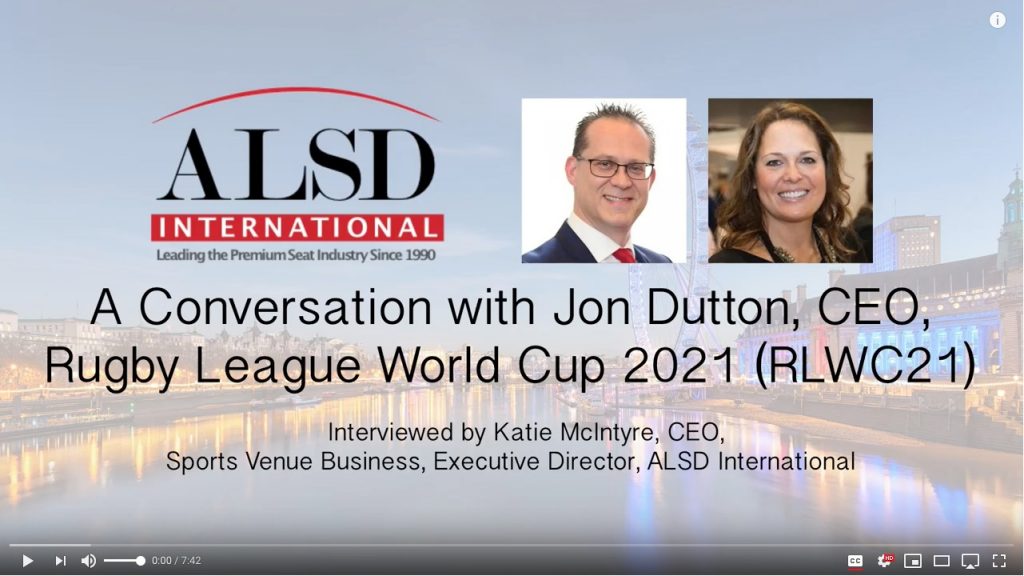