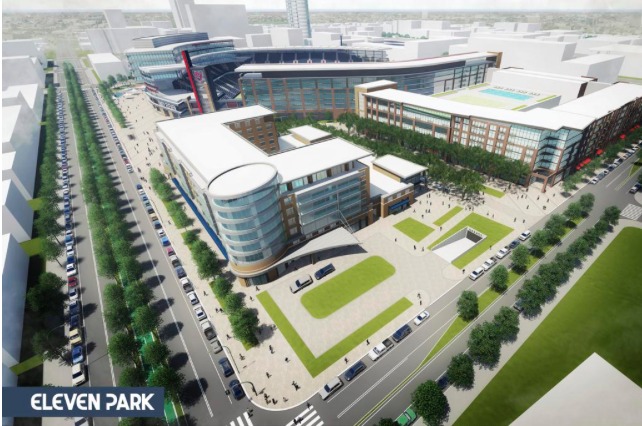 Keystone Group has unveiled Eleven Park, a transformational neighbourhood development expected to include an office building, retail, apartments and boutique hotel, all anchored by a 20,000-seat multi-purpose soccer stadium with the Indy Eleven professional soccer team as the primary tenant.

This is more than a stadium. It is the opportunity to create a vibrant community that will attract individuals and families from near and far to live, work and play.

In addition to the multi-purpose soccer stadium, the project scope includes approximately 150,000sqft of office space, 100,000sqft of retail, 600 apartment units, and a 200-room boutique hotel. 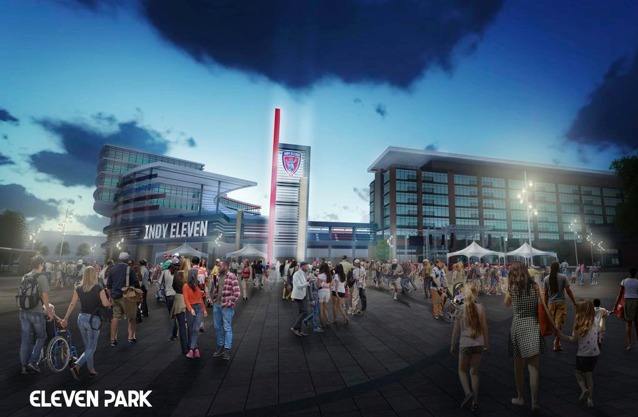 Plans for Eleven Park include a public plaza, office building, retail, apartments and a hotel – all anchored by a 20,000-seat multi-purpose soccer stadium for Indy Eleven

We believe that the Eleven Park development will improve quality of place in Indianapolis by creating an entirely new neighborhood that will help attract and retain quality workers and families.

The multi-purpose stadium will usher in a new era for soccer in Indiana, as Ozdemir explained:

Soccer is the globe’s most popular sport and the world’s game needs a permanent home in our state. By paving the way for a world-class soccer facility as part of this transformational development, Indiana can fully capture a once-in-a-generation opportunity to secure the future of soccer in its capital city.

In conjunction with the Eleven Park announcement, plans were revealed to work with state legislators to provide a mechanism for the development group, the City of Indianapolis, and the Capital Improvement Board (CIB) to work together to help finance the stadium, as part of the development. 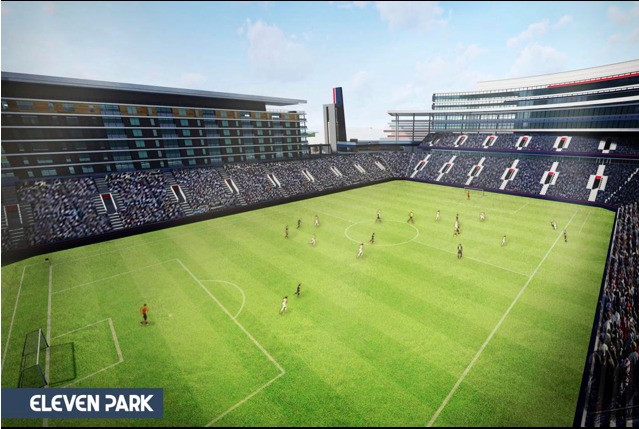 Eleven Park has proposed to privately develop and finance the office, retail, apartment and boutique hotel portions of the project

Eleven Park is not asking for a penny in appropriations from the city or state governments and instead we would work to create this stadium as a community asset using a public private partnership.

Indy Eleven – a United Soccer League club with Major League Soccer ambitions – is proposing to lease the stadium and pay all operating expenses, as well as any cost overruns, creating no risk or exposure for the taxpayer.

The location of the development will be announced at a later date.